Aug. 29, 2016 - The accepted wisdom is that Canada's logging workforce leans to the older side, with succession planning a major issue facing the industry over the next five years. On average, that may be true, but to a great extent it depends on company size and, more importantly, location. The larger the company, the more demographics and succession are challenges. But above all else, the industry in Ontario and the BC Coast face the largest demographic challenges over the next five years. 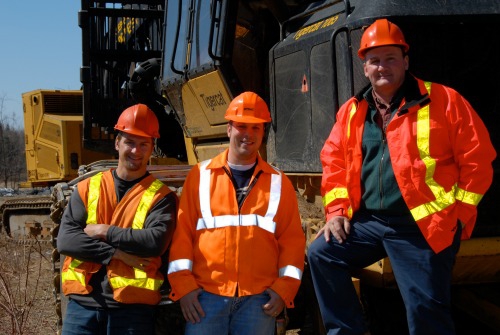 Overall, the bulk of respondents are in the 36 to 65 year-old age range, with 56 per cent being over 46 years old. Only 14 per cent are in the 26 to 35 year range. When asked how long they expected to stay in the industry, the results were quite varied. Just over a quarter (28%) expect to be out of the industry in fewer than five years, with an additional 29 per cent expecting to be out in fewer than 10 years. 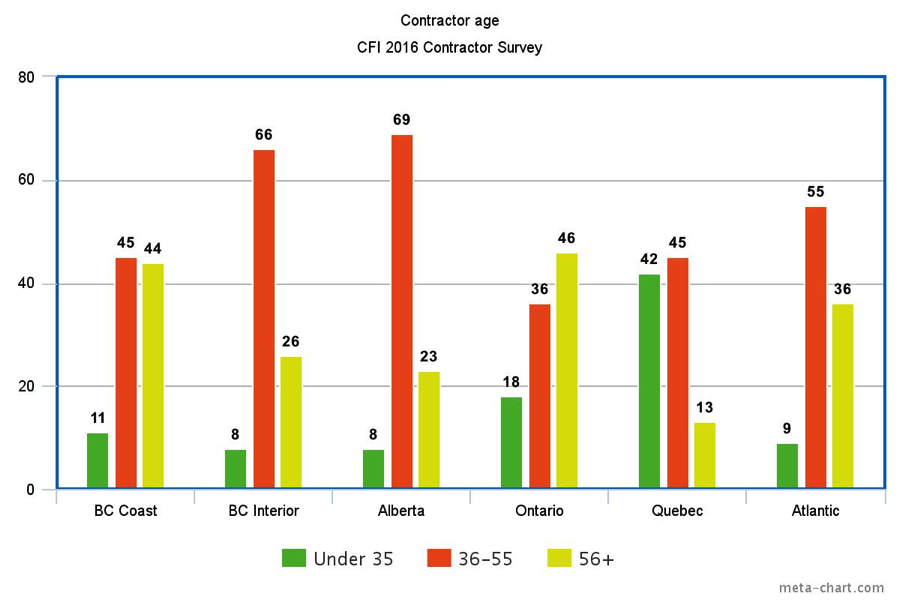 Not coincidentally, Quebec contractors tend to be small than those in Ontario and western Canada, which may be part of the answer for the younger skewing on demographics. It is easier for younger contractors to start up when the average harvest is well below 100,000 m3 and companies own one or two machines. Still, harvest levels per contractor are only slightly bigger in Ontario and actually smaller in Atlantic Canada, so clearly there is more going on behind these numbers.

Next week Survey Snippet #12 looks at the succession plans of today’s contractor, and what each region may have in store for the coming years.