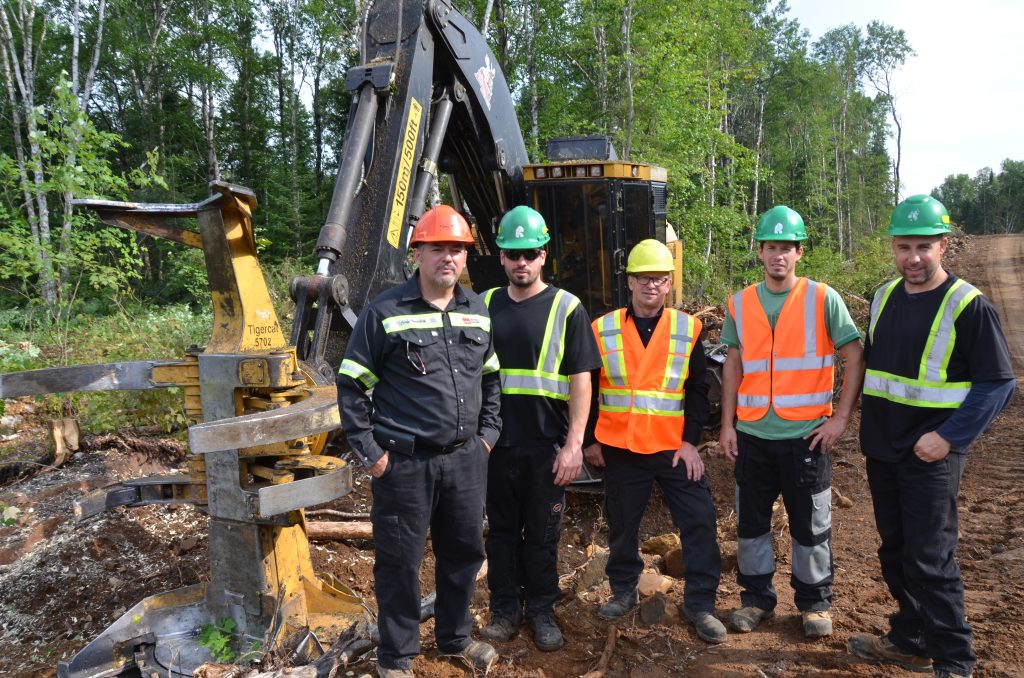 For years now, members of the Canadian forest industry have been discussing the challenge of an aging workforce, and who will replace loggers as they retire. As reported in last week’s survey snippet, the average Canadian contractor is now 52 years old, and while there are glimmers of hope that more young people are entering the industry, this doesn’t mean owners don’t need to have a succession plan in place to keep the company around.

However, more loggers in B.C. plan to retire in 10 years or less than in 2018. In the B.C. Interior, the percentage has jumped from 47 per cent in 2018 to 59 per cent in 2020, and in the B.C. Coast, the number has risen from 46 per cent to 53 per cent. This is likely a result of the weak lumber markets in 2019 and challenging fibre supply that saw many B.C. sawmills shut down. With fewer mills, loggers have a harder time getting their products to market.

Alberta has also seen an increase in the percentage of contractors looking to leave the industry in 10 years or less, now at 54 per cent.

But the largest change is in Ontario, where 63 per cent of respondents say they will leave the industry within the next 10 years, compared to just 33 per cent in 2018. This might be explained by the jump in operating costs in the region.

Quebec and Atlantic Canada are the only regions where the majority of contractors plan to be in the industry for longer than 10 years, at 58 per cent and 52.5 per cent, respectively. 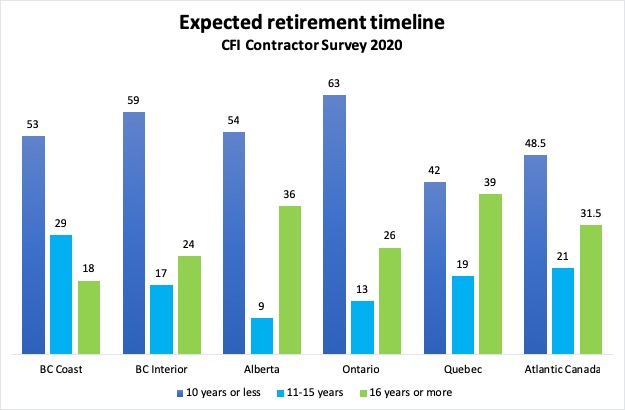 Percentage of contractors who report these expected retirement times, by region.

These retirement numbers are somewhat more concerning than the results from our 2018 survey, but, the good news is there are fewer loggers who have no plan for the business to live on. In 2018, 40 per cent of contractors said they had no plan for the company after they retire; in 2020, that number has dropped slightly to 36 per cent.

See how the numbers compare in the chart below. 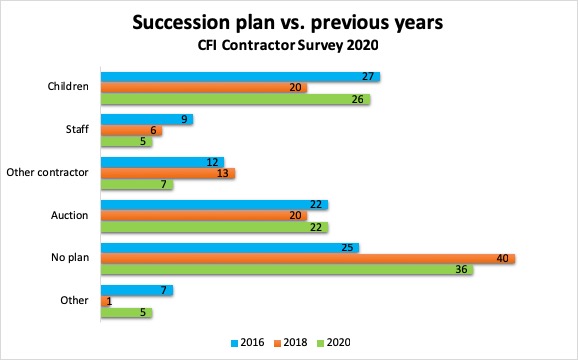 Percentage of contractors who plan to take these steps when they retire.

Unlike in 2018, when 76 per cent of loggers in Ontario had no succession plan, now 50 per cent expect their kids to take over. This makes sense given the jump in the number of contractors in the province planning to exit the industry within 10 years.

Instead, loggers in Quebec are least likely to have a succession plan (50 per cent), followed by Atlantic Canada (46.5 per cent) and Alberta (46 per cent), which aligns with the larger number of respondents planning to stay in the industry for 16 years or more.

Contractors in B.C., meanwhile, are more evenly split between expecting children to assume control, selling off equipment or no succession plan.