Aug. 29, 2018 - With lumber prices at record highs over the past year and experts predicting a “super-cycle”, it’s not surprising that logging contractors across Canada expect their slice of the profit pie. 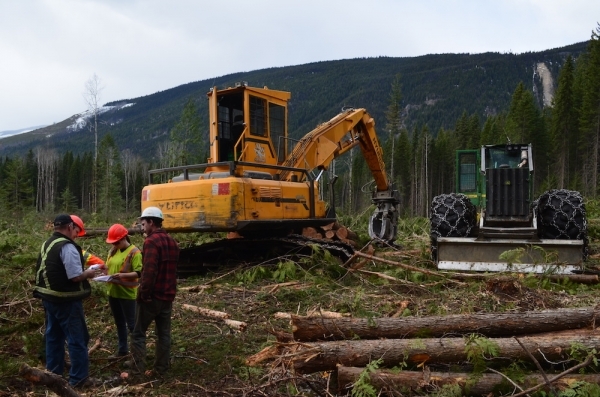 In 2016 we asked CFI’s Contractor Survey respondents what a fair profit range is for an established, productive logging contractor. We defined profit margin as return on revenue as a percentage, or profit before income tax divided by total revenue. E.g. $5,000 of profit on $100,000 of revenue is a five per cent profit margin.*

By combining all responses that feel 11 per cent or more is fair (see chart), it appears contractors have evened out their expectations. While Atlantic Canada and Quebec still have the lowest expectations for profit, both provinces, as well as Ontario and Alberta, all increased their numbers compared to 2016 responses. The B.C. Coast and Interior dropped their expectations, but still see above average numbers of 69 and 78 per cent respectively. 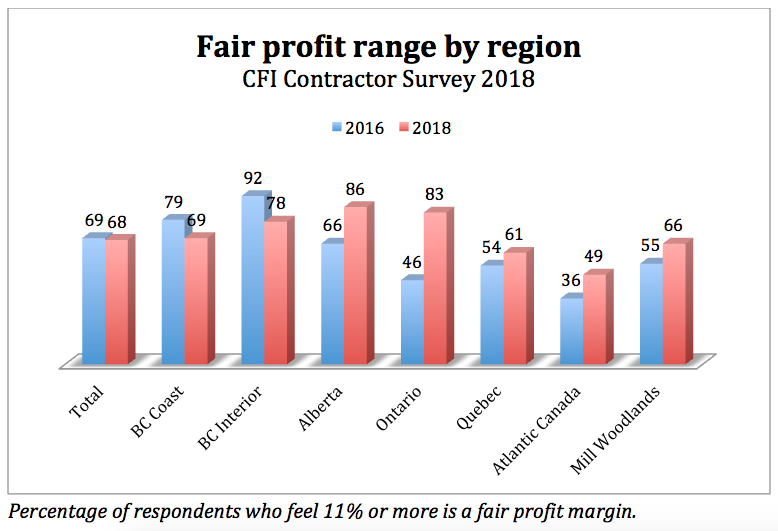 *Editor’s note: An earlier version of this article incorrectly defined profit as the per cent of EBITDA (earnings before income tax, debt and amortization) versus total revenue. It has since been corrected according to how the survey question was worded to define profit. We rely on respondents to accurately report their profit numbers.