Sept. 12, 2018 - On average, forestry equipment operators and drivers across Canada are earning $29 per hour, although, not surprisingly, the rates vary significantly by region. 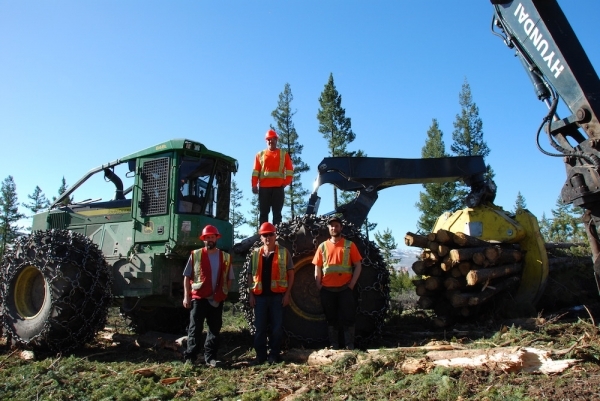 Based on results from the 2018 CFI Contractor Survey, operators in the B.C. Coast earn the most, with an average rate of $37 per hour.

The rates decrease as you go east, with Atlantic Canada operators earning the lowest wage at an average of $20 per hour. These reported rates do not include benefits. 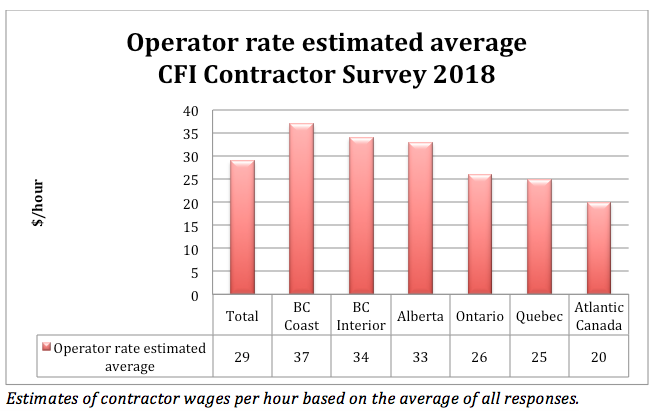 The regional discrepancies are even more telling when the data is broken down into wage ranges.

In the B.C. Coast, 92 per cent of contractors pay over $30/hour, with the remaining eight per cent paying between $26 and $30/hour. Interior contractors all pay at least $26, while a mere seven per cent of contractors in Alberta pay less than $26/hour. These numbers are not surprising given the competition for labour from industries such as mining and oil and gas in Western Canada.

Ontario and Quebec have a similar numbers, with the bulk of operators making between $21 and $30 per hour and none receiving wages over $30. Quebec also has a small pocket (9%) of contractors who pay between $16 and $20/hour. With jobs harder to come by in Atlantic Canada, it’s not surprising that this region pays the lowest wages. More than half of contractors pay between $16 and $20 per hour, with another 37 per cent offering $21-$25/hour. 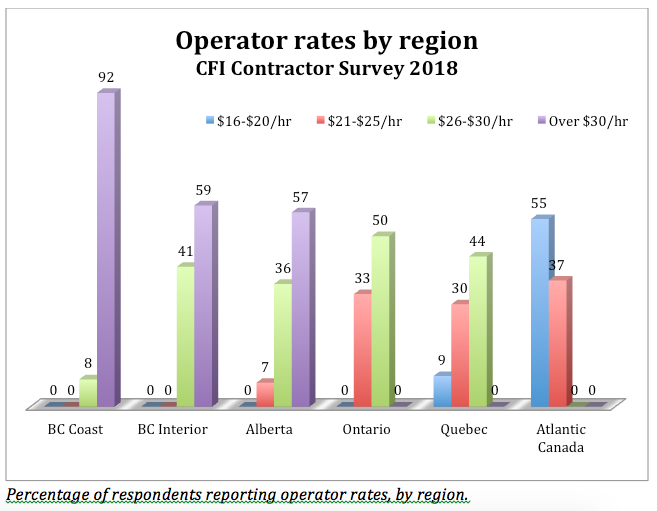 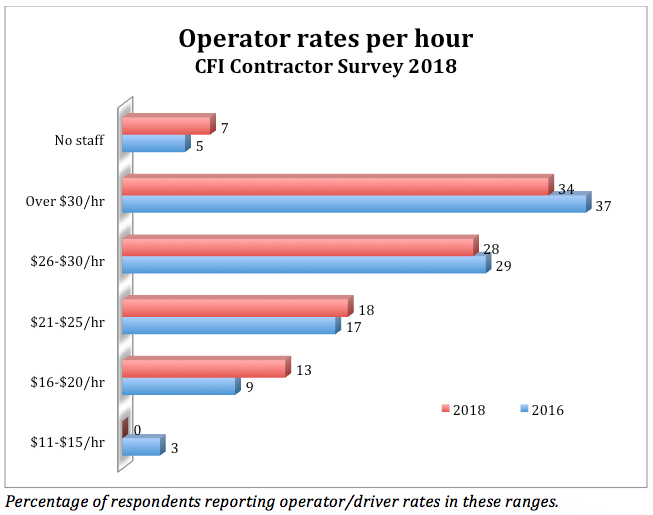