Aug. 8, 2016 - It’s no secret that running a logging business means long hours. At one time this was somewhat balanced by relatively short operating seasons, but this is no longer the case. 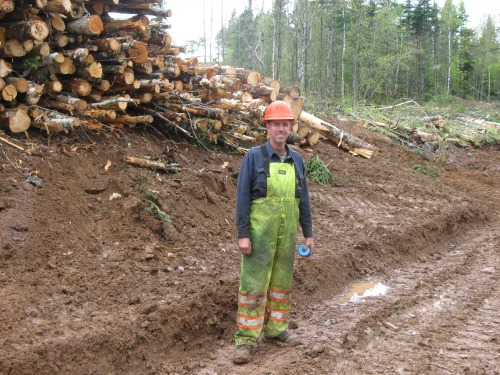 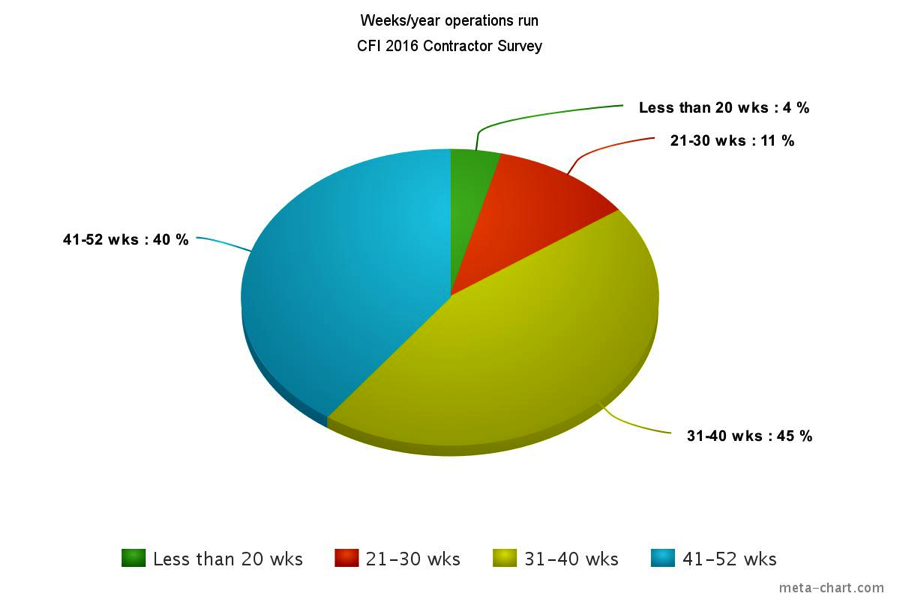 Only Alberta still seems to struggle with season length, with 60 per cent running 21 to 30 weeks, compared to the average of 11 per cent. However what they lack in working weeks they try to make up for in hours per week, with 27 per cent running 111 to 130 hrs/week and a similar portion running over 130 hrs/week. 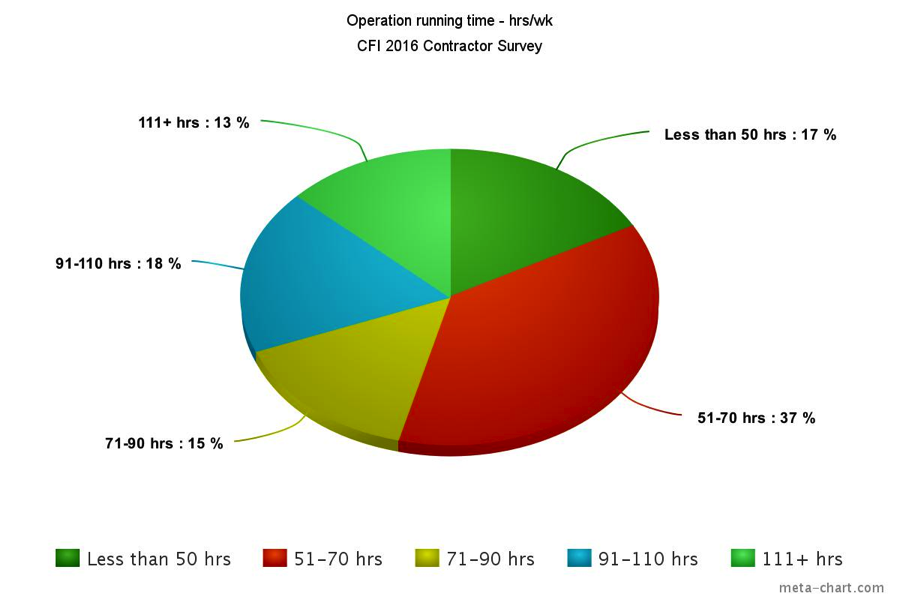 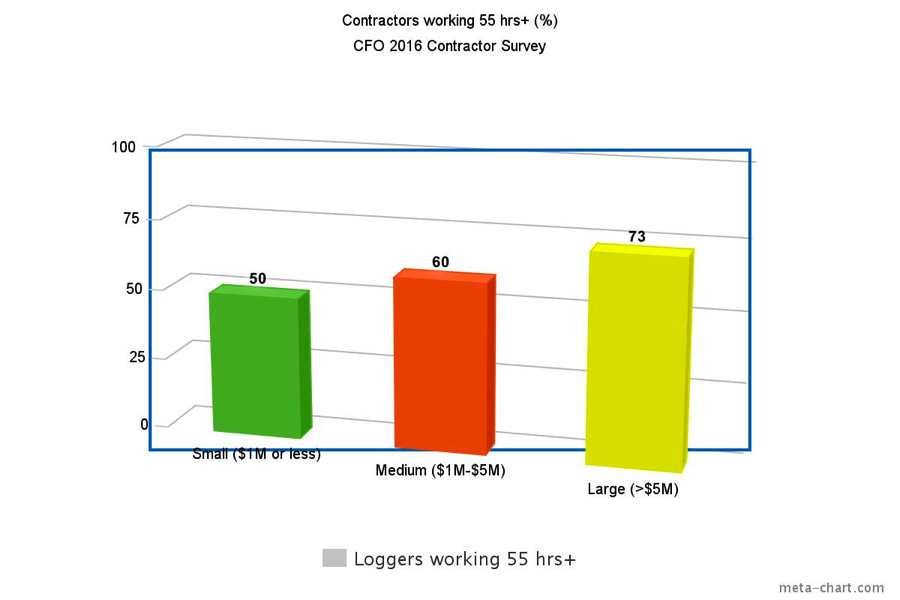 When it comes to life-work balance, only Quebec seems to have it figured out – Just 38 per cent are working over 55 hrs/wk (although another 25 per cent work 51-55 hrs/wk), with both Quebec and Atlantic Canada showing more than 50 per cent CTL loggers. 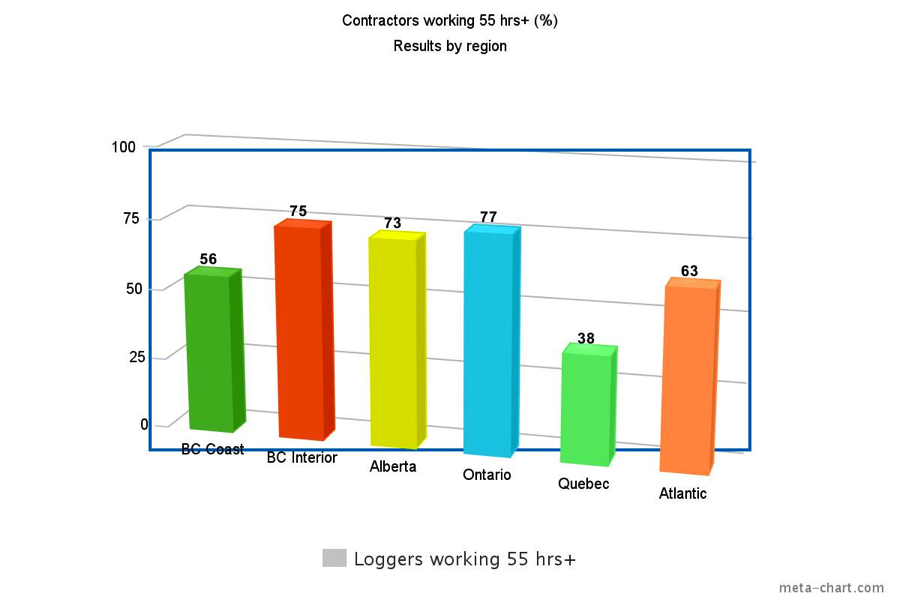 Also of interest, cut-to-length loggers were significantly less likely to work more than 55 hrs/wk than full-tree loggers (56% vs 76%).

Next week Survey Snippet #9 looks at fleet size by company size and region.

Missed the last Survey Snippet #7 on trends in logging costs? See it here.