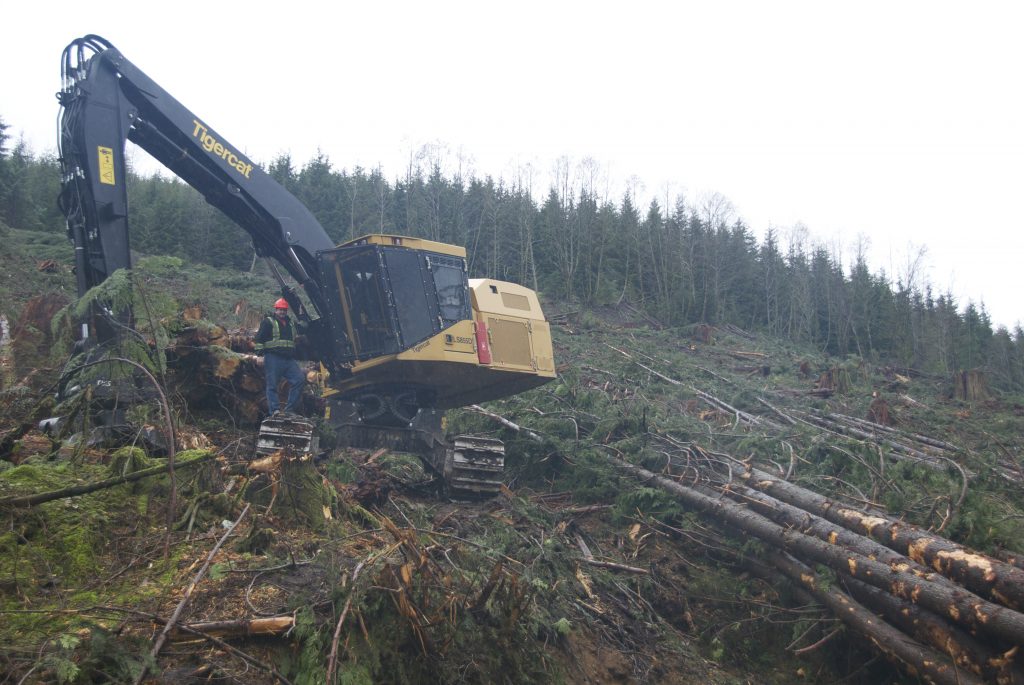 With contractors downsizing their fleets, it makes sense that fewer loggers are planning to replace at least one machine in their fleet within the next two years. In 2018, just 14 per cent of loggers said they would not be replacing machines, compared to 20 per cent in 2020. 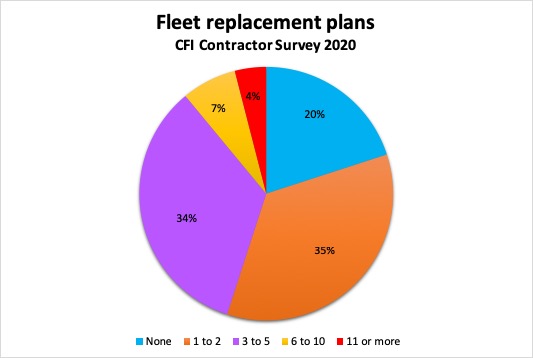 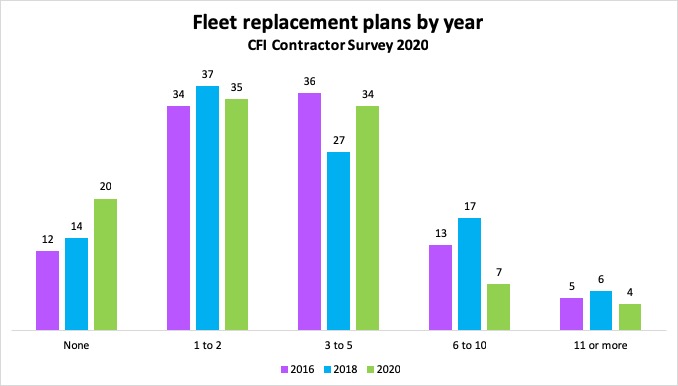 Percentage of contractors planning to replace machinery within two years in 2016, 2018 and 2020.

Regionally, while Atlantic Canada still has the highest percentage of contractors who do not plan to replace any machines (29.5 per cent), Alberta comes in second, at 27 per cent, followed by Quebec, at 23 per cent. 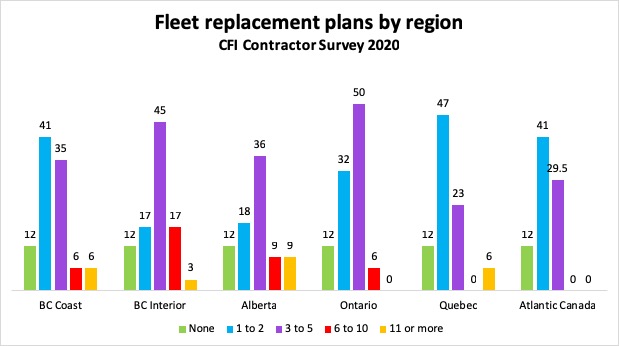 Percentage of contractors planning to replace machinery within two years, by region.