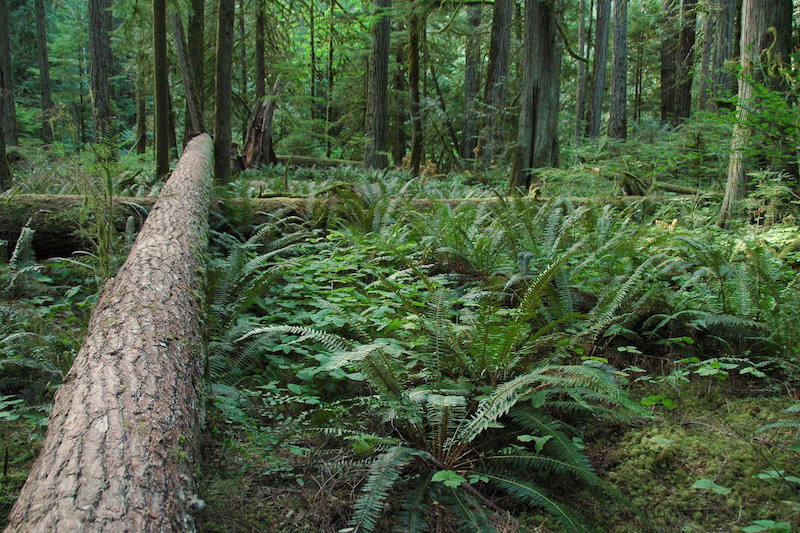 The Syilx Okanagan Nation in the B.C. Interior has issued a statement refuting the government’s claims they engaged and consulted with 161 First Nations on the province’s plan to defer large sections of old-growth logging.

According to the Syilx Okanagan Nation, in reality, most of those First Nations were fully opposed to the deferrals in their territories, and have been “deeply impacted” by them.

Chief Clarence Louie, ONA Tribal Chair, said they will no longer be reviewing and providing feedback on documents issued by the B.C. government.

“The process of consultation currently being taken by the province is inadequate and superficial,” Louie said.

The Syilx Nation says the government’s forest maps are inaccurate with many areas incorrectly identified on their territory as old-growth.

“The Syilx Okanagan Nation are deeply concerned and disappointed by the recent announcement by the Province of BC that claims to have engaged and consulted with 161 First Nations regarding old growth logging deferrals. Instead, of the 161 Nations that were ‘heard from’ on this process, most are fully opposed, and many have been deeply impacted by the deferrals.

In collaboration with the ONA’s Syilx Forestry Working Group (comprised of Syilx forestry experts), the CEC have been working in good faith to attempt to develop collaborative processes with the Province regarding forestry on Syilx Territory. This current move by the Province undermines and destabilizes such efforts.

The Syilx Nation formally rejects the BC process to identify Old Growth deferral areas and those areas identified by BC will not impact the Syilx Nation’s strategy to ensure our forests, including Old Growth areas will continue to exist for many generations to come.

It must be stated that beyond engaging with the Nation, there was no consultation or collaboration with Syilx community forestry companies, and many of these deferrals will impacts their plans and bottom lines.

“The Syilx Okanagan Nation have already clearly stated that we will no longer be reviewing and providing feedback on documents that are written by the Province for the Province. We demand to be fully involved and engaged in the development, refinement and implementation of any forestry related policies or decisions on Syilx Territory. The process of consultation currently being taken by the Province is inadequate and superficial. In order to achieve Free Prior and Informed Consent, and meet their mandate to implement Bill 41 and DRIPA, BC must step back and enter into a meaningful collaborative process. This begins with co-development of the concept, and collaboration throughout the development process; as opposed to production of a Provincial document for review and ‘comment’” Chief Clarence Louie, ONA Tribal Chair, stated.

Furthermore, the old growth areas that have been mapped by BC are inaccurate and do not properly represent old growth forests on Syilx territory, with many burn areas, second generation plantations or recent clear cuts included, even though these areas should not be considered old growth. This highlights in ineffective and often skewed process that the Province is currently taking regarding proper engagement with First Nations on forestry issues in BC.

“If BC genuinely wanted to protect Old Growth stands, they would engage with the experts on the land base. The Syilx Forestry Working Group have a collective knowledge of the forests that is unmatched — many of us are foresters within their communities. We have meaningful partnerships with major licensees, with whom we work closely and regularly. The fact that this group was not part of the development of these deferrals, and all of the other policy and legislation that BC is pushing through as part of the forest policy modernization process, is deeply disconcerting. Equally frustrating is the total inaccuracy of the deferral areas. They don’t represent Old Growth stands, and the postage stamp approach to conservation is not meaningful” further added Dennis McDonald, Syilx Forest Working Group Chair.”