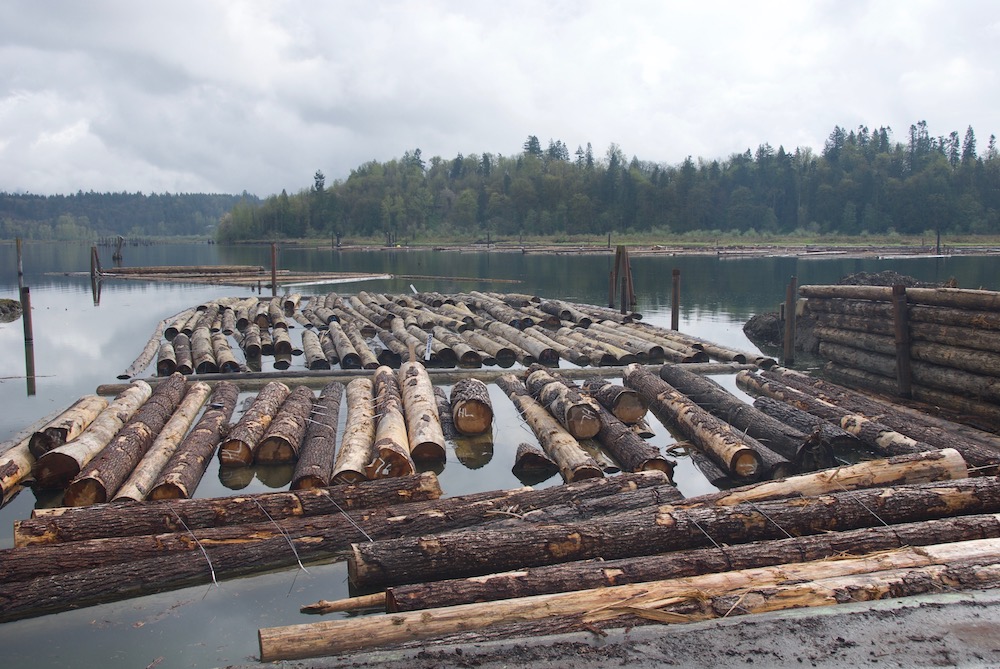 The Supreme Court of Canada has declined to hear an appeal of the BC Appeal Court injunction in Tree Farm License 46 on Southern Vancouver Island. Radical protest organizations have harassed and violently assaulted our employees and contractors working in the area since August 2020. The injunction is a critical tool for law enforcement to protect workers, contractors and the public. The BC Appeal Court decision can be found here, the Supreme Court of Canada decision here.

The protest organizations have waged sophisticated misinformation campaigns to raise funds and legitimize their tactics. As part of those campaigns, they have sought to anthropomorphize the entire area with the name Fairy Creek. In fact, Fairy Creek is one small watershed within the larger TFL – about 1,200 hectares out of 60,000. And, that watershed has largely been protected from forestry activities for years, long before the protestors showed up.

While the protestors have portrayed themselves as peaceful, non-violent activists taking a stand against old-growth logging their spin does not line up with the facts.

We’ve had to put measures in place to detect nails and spikes in trees from the region since protestors first encamped there in 2020. Just last week a spiked tree made it through to a saw, destroying equipment. Fortunately, the mill worker was not injured, but spiked logs that reach the saws can send out shrapnel with the potential to maim or kill mill workers.

Spiking trees is meant to kill forestry workers. We’ve detected dozens of spiked trees harvested from the areas around where protestors were camped.

That is just one outrageous tactic our employees have been subject to – not to mention the environmental damage they’ve caused. Last summer, activists sprang out of the bush naked and ran at fallers actively working with chainsaws in an effort to startle them. The activists dug trenches across public roads, both to undermine bridges and cement themselves in. They vandalized equipment. They sabotaged helicopter landing pads, which could injure or kill pilots and workers attempting to land there. The activists clogged culverts to divert waterways and wash out roads. They dug roads and paths through the old growth forest, damaging protected areas we were respecting, and then cried foul in social media when we removed their illegal routes. They disabled the locking mechanism of a gate with construction foam, blocking access to a local First Nation. They posted a sign stating they have spiked trees with hundreds of nails. They scattered nails on roads. In one troubling instance they forced a vehicle of tree planters on their way to work to stop, held the workers, and insisted they be allowed to search the tree planters’ vehicle. The activists have smeared their own feces on barriers and traps rigged to make removal difficult. They assaulted police officers.

While this past summer has not seen the same level of activity, we continue to find evidence of sabotage and violence – bundles of spikes stashed in the bush, clogged culverts, undermined bridges.

Of course, not all protestors engaged in such violence, but too many did. Peaceful protest and fact-based debate are core to Canadian values, but when protest crosses the line into violence, supported by sophisticated fundraising and misinformation campaigns, we must all take a stand. Teal Jones has done just that. We will continue to stand for our workers, for facts in the face of misinformation, and for responsible forestry.

The facts? Our activities in Tree Farm Licence 46 are responsible and important, consistent with all provincial regulations, voluntary third-party certifications, and engagement with local First Nations. We recently signed a memorandum of understanding with the Pacheedaht First Nation, building on our existing strong relationship founded on respect and listening. More than half the old growth in the TFL is protected and was long before the blockaders arrived – identified as being important for values such as waterways, big trees, and wildlife habitat, and those areas were already set aside. Broad areas of the TFL were removed and made into parks in the 1990s – the largest and best-known is the Carmanah Walbran Provincial Park. On the remaining land base, our work with both second and old growth timber supports hundreds of good jobs while providing the materials needed for numerous products we all rely on every day. We turn high-value old growth into value-added products such as guitar tops and special cuts for furniture-makers. More standard logs become the raw materials for building much-needed housing. All the sawdust and chips produced from milling is sold on to be turned into products such as paper and medical gowns. A value-added manufacturer, Teal Jones mills all logs here in B.C., using 100 per cent of every log in our mills.