July 9, 2015 - Hot weather and cool markets in China have resulted in the almost total closure of Skeena Sawmills, the city's only large sawmill.

Mill official Roger Keery said the continuing hot weather has brought on extremely dry conditions in the woods, resulting in a slow down of activity and a resulting shortage of logs for the mill.

There's also been a slowdown in the Chinese lumber market meaning that the mill's production has been piling up at port facilities in Prince Rupert and at its site on Highway 16, just west of the town.

A skeleton crew of 10 people from what was a 90-person workforce is at work and the mass layoff will last at least a month, says Keery.

“When we first saw this coming, we said we were going to take one month off, and I expect it's going to be at least that. Beyond that I don't want to say,” said Keery this week of the layoffs which took place last week.

He said the Chinese demand for lumber cooled off after the government raised interest rates.

“They currently have about two months production in Rupert, and a month and a half of production here,” he said. “We simply haven't been able to move our volume.”

About 15 per cent of the mill's production was planned for specialty timber markets in North America, but the fire hazard has meant that the logging company, Terrace Timber, who supplies Skeena Sawmills with raw logs had to shut down operations on June 17.

“Our logging sites right now are under a severe fire hazard threat, so we have had to shut them down and it's impacted our log supply, so we are short on logs and don't have enough wood coming in to run the business right now,” said Veery.

Logging operations in this area are mainly done with a cable system, which means fire vulnerability because of the friction from moving cables on dry land.

Employees are represented by the United Steelworkers Union and union business agent Rick Nelson said they'll be relying on employment insurance once through their waiting period.

“They don't get any money when they are laid off. They can apply for employment insurance. They are hourly workers, they are not on salary,” he said.

Workers on employment insurance receive 55 per cent of their earnings to a maximum of $524 a week.

“Obviously there may be some other issues internally going on, whether it be finances or whatnot, but I am not privy to that,” Nelson added.

“The planer mill is shut down completely. Some of the office staff have also been laid off. The remaining crew is doing some chipping and limited sawing of lumber.”

And while the layoff will be a blow to the area, Keery says there is light at the end of the tunnel, as the Chinese markets are already rebounding.

Without the fire hazard, he said 25 per cent of the workforce could be at work milling wood for the specialty markets, but strong markets in China dictate the operation of the mill in the long term.

Roc Holdings purchased the operation from previous owner West Fraser in the spring of 2011 and re-opened it the following year with the intention of eventually running two shifts a day.

The sale by West Fraser included Crown timber tenures amounting to hundreds of thousands of cubic metres of wood a year.

At the time of the sale, the sawmill had a single shift capacity of 90 million board feet per year.

The sawmill closed in mid-2007 during a labour dispute and never did fully re-open when that dispute ended in the fall of 2007. West Fraser cited poor American markets as the reason for not re-opening.

The mill did operate sporadically, chipping logs for West Fraser's Eurocan pulp mill in Kitimat. That mill closed in early 2010.

Josh Massey is a reporter currently living in Terrace, B.C and is the author of novels, "We Will All Be Trees" (2009) and "The Plotline Bomber of Innisfree" (2015). 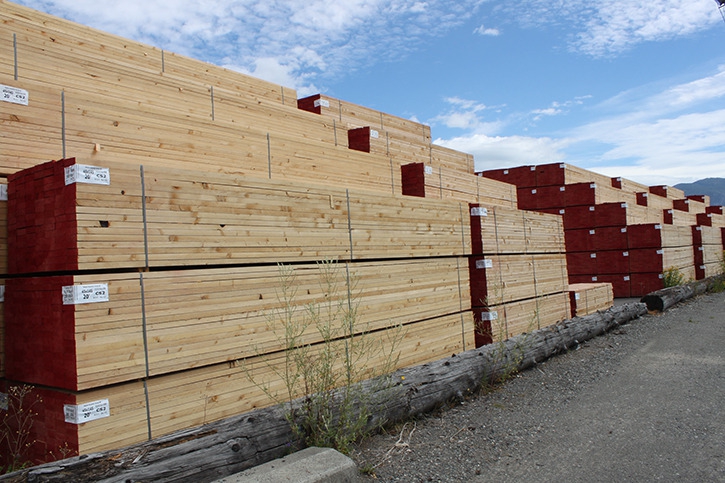