Oct. 18, 2018 – For six years now, Canadian Forest Industries has showcased the achievements and potential of young forestry leaders in our Top 10 Under 40. In order to individually acknowledge and highlight the contributions of each winner, CFI will feature one of 2018's winners every week for the next 10 weeks. 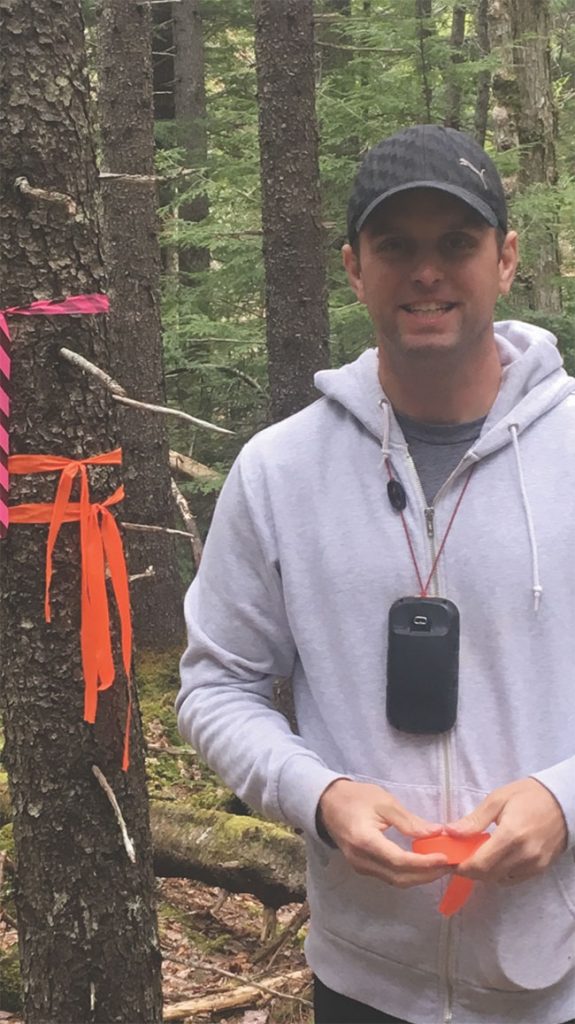 If you are looking for Maritime College of Forest Technicians graduate Jason Casey, you might try looking in the field, in the boardroom, in the community or in the classroom.

A forest technician by trade and a forester/environmentalist by heart, perfectly describes Jason whose keenness to safeguard the sustainability of the Nova Scotia forest resource is evident by the long-term goals he has shaped and manages for his employer, Elmsdale Lumber Company.

But, his work doesn’t end with Elmsdale Lumber. The 38-year-old’s expertise, and his willingness to share, learn and teach has resulted in the forest community, including representatives from the province, the industry and the public, reaching out for his advice.

“Jason is a family man who also loves to grow high value trees,” says colleague Marcus Zwicker. “His experience and willingness to learn from others and to keep an open mind produces high quality work… I have the outmost respect for Jason and his approach to forestry. The forest industry’s future looks brighter because of leaders like Jason Casey.”

“Early in his career, it became apparent that Jason was a self-starter, well-versed in his field, and eager to continually study forest applications to be the best in his field,” notes colleague Steve Marsters.

Aside from his dedication to the industry, Jason is a dedicated husband to his wife Courtney and father to five-year-old son, Logan. Jason and his family truly enjoy the wilderness and one of their favourite family past-times is camping.

Up next: we showcase the achievements of winner Carmen Augustine.