August 13, 2015 - According to data provided by Global Surface Intelligence (GSi), The Great Bear Rain Forest (GBRF) in British Columbia is showing significant signs of recovery since the formation of land use protection zones in 2006 and 2009, proving that environmental groups, communities and industries can work together to conserve our precious forests.

GSi have been monitoring the GBRF up to 4 times a day from satellites and remotely detecting forest change over time, a world first in science. By combining the latest technological advances and knowledge in big data analytics, geo-processing and machine learning its GSi-Timber product has been measuring several key forest data attributes across the GBRF including timber volumes, age, height and species since 2001.

The interpreted forest data clearly shows a substantial decrease in forest volume of 15 per cent from 2001 through to 2009, a cumulative loss of over 250 million cubic metres of timber and a concerning downward trend. However, since the instigation of Ecosystem-based Management Operating Areas (EBMs) in 2009, this trend has reversed and forest volumes have increased by eight per cent and have now recovered to their 2005 levels.

“This forest data heralds good news showcasing that a concerted effort from numerous stakeholders can have a positive impact on Canada’s pristine forests, but it is by no means the end of the story,” said Ruairidh Henderson, CSO of GSi. “With our world leading earth observation technology we can now manage our planet’s resources more effectively than ever before for the greater well-being of everyone.”

Figure 1. Total change in forest volume (m3) measured annually across the entire GBRF. Conditional Mean refers to the average volume per hectare in m3 averaged across the GBRF.

About Global Surface Intelligence
Global Surface Intelligence (GSi), head quartered in Edinburgh, Scotland, is a data-mining company focusing primarily on turning raw earth observation data into useful information about the environment. GSi has developed a very powerful software platform called the "GSi-Platform" which provides high performance, big data, predictive analytics of satellite, remote sensing and other data. Its predictive analytics are based on highly accurate machine-learning software, which was specially engineered to handle big data sets and to run on high-performance supercomputers. Currently, GSi captures earth observation data from satellite covering the earth's surface every eight days and has historical data all the way back to 2001. GSi processes, filters and analyses hundreds of thousands of satellite images to allow for an on-going global big data time-series analysis. 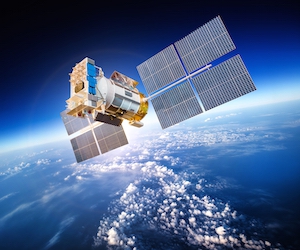