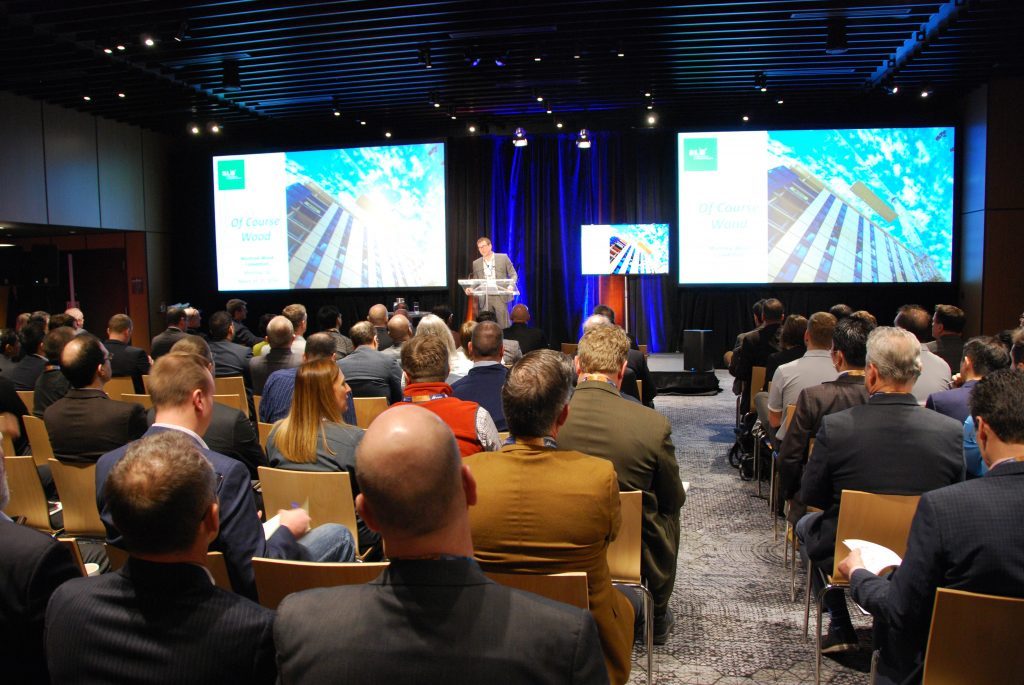 More than 1,000 attendees took part in the 2019 Montreal Wood Convention, including lumber and panel producers from across Canada and the U.S., as well as a large contingent of North American and overseas buyers. Photo: Annex Business Media

“It’s the most popular meeting in Canada about business-to-business commerce and direct human relationships in commerce,” says Émilie Desmarais, Montreal Wood Convention’s director of communication, about the annual event.

The conference returns this year at the Fairmont The Queen Elizabeth in Montreal from March 24-26. Last year, approximately 1,000 people attended the event, and event organizers aim to have as many, if not more, attendees this year. Attendees will come from all over the world, including Asia, Europe, the Middle East and the U.S., as well as other regions.

“This year, we have sent personalized letters to ambassadors of different countries to let them know that we have this show, and they’re responding to us and saying that more companies from their countries and delegations will probably participate in this event,” Desmarais shares. “It’s a new thing that we tried to do to make sure that everyone around the world knows about our show and participates, because there is so much the world needs to learn about wood, especially in Canada.”

Four partner organizations will also be present at the event, along with their members: the CIFQ (Quebec Forest Industries Council), the Maritime Lumber Bureau, Ontario Forest Industries Association (OFIA), and the Quebec Wood Export Bureau (QWEB).

Like last year, the conference will feature seminars covering a wide range of topics relevant to the industry, including a seminar on economy and markets. The seminar will feature Brendan Lowney, principal of Forest Economic Advisors LLC, which provides North American wood products analysis and author, founder and CEO of Bensonwood and Unity Homes Tedd Benson.

“They will speak about all the kinds of wood structures, the technology that goes along with that, and the new trends that we have to follow to always be a leader in structures, not only in home construction, but in four- or six-storey construction,” Desmarais explains.

New this year, Steve Patterson, a comedian, radio and television moderator, will be the keynote speakers, and Denis Lebel, president of CIFQ, will be the spokesperson of the event. He will be speaking on radio and TV shows about the conference to raise awareness.