Automation continues to find its way into the filing room as demands for greater efficiency and speed – and a looming labour shortage – continue. 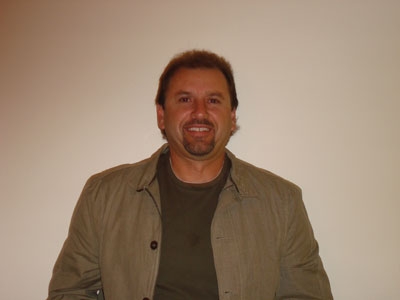 B.C. Saw Filers Association president Bruce Doroshuk: “We’ll have to get the younger generation convinced that saw filing is an interesting and worthwhile career.” Automation continues to find its way into the filing room as demands for greater efficiency and speed – and a looming labour shortage – continue.

At 51 years of age, Bruce Doroshuk is the youngest member of the saw filing staff at Tolko’s Armstrong, B.C., sawmill, and that’s a problem.

Like many skilled trades, saw filing is facing the challenge of replacing an aging workforce.

“The face of our trade is going to change enormously over the next five to 10 years,” says Doroshuk, who is the president of the B.C. Saw Filers Association. “The trend I’m seeing is that a lot of guys with many years of experience are retiring or are eligible for retirement. We’ll have to get the younger generation convinced that saw filing is an interesting and worthwhile career.

His shop is a prime example, where all eight of Doroshuk’s co-workers are over the age of 55.

With this situation in mind, the association has spent considerable time revamping its four-year saw filing apprenticeship program, which was shut down at the British Columbia Institute of Technology several years ago during the recession when a struggling industry began holding off on training apprentices.

For the past couple of years, Doroshuk has been intimately involved in updating the educational portion of the program as well as the documentation for on-the-job training, as mandated by the province’s Industry Training Authority (ITA), which oversees apprenticeship programs.

“I was on a panel of ‘subject matter experts,’ as they referred to us, or tradespeople, who were given the task of making the program current,” says Doroshuk. “And we’ve done that.”

As it stands, the program is expected to restart in the fall at Thompson Rivers University in Kamloops.

Filling the Gap
Now that sawmills have turned the corner and are increasing production to meet demand from the U.S., they’re attempting to replace some the saw filers they lost during the recession. According to Doroshuk, it’s tough to attract new recruits as well as entice experienced workers to return.

“People I know were lured away by the oil and gas industry. Some are driving trucks, making more money and telling me there’s no way they’re coming back.”

The Kootenay region is just one example, he says, of an area hurt by competition from mines in the area.

Filling that gap is automation technology, according to Mike Cloutier, president of saw manufacturer and distributor Cut Technologies, and a distributor in Canada for Vollmer saw grinders and Kahny automatic tippers. Mills that can’t train people fast enough look to run their filing rooms with fewer people, using automation in the filing room.

“A lot of mills are leaning towards filing room automation to make up for the manpower loss,” he says. “All the big forest companies in B.C. are purchasing new automated machines to fill the gap and help out the tradespeople they have left in the filing room.”

According to Cloutier, the Sawmill Kahny quickly changes over from carbide trim saws to v-tip trim saws to conventional 40-toothed gang saws and re-tips at a rate of 10 saws per hour. It also features double fluxing for first-time tipping and an alternative top program (tipping left and right tips in one setup). Further, the machine allows for up to a 35-degree hook on gang saws and up to negative five degrees on trim saws. The machine also allows for tip reduction and less grinding due to precise squaring and centring; tips need to be only 0.005 over final kerf.

The AB simultaneously levels and tensions the saw while measuring to .0004” across the entire area of the saw – length and width. The saw’s tire line is also accurately established throughout the entire length of the saw.

These systems may decrease the amount of handling done by saw filers, but for Doroshuk, you still need skilled personnel to operate the equipment.

“In my experience, the tools and equipment are only as good as the tradesperson operating them.

“We’ve got auto-tippers, which help, but you still need experience in the filing room, someone who knows how to manually tip,” he says.

Cloutier sees things like Vollmer grinding service centres, for sharpening saws, so mills can run 24 hours a day “lights out.”

He sees mills, instead of maintaining the grinder as its grinding saws, wanting automation, where they can load 25 to 50 saws on the robotic service centre “and walk away, so they can do other things.”

Downtime is also a major concern. “You need sharp saws and you need it done properly,” he says. “And recovering the cost of putting new machinery in the filing room is fast, compared to downtime in the middle of a shift, that can cost $1,000 a minute.”

Doroshuk says new technologies, such as monitoring programs, are allowing mills to “saw better” and work being done on the harmonics and critical speed of saw blades by FPInnovations’ Wood Products Division in Vancouver has been very
helpful.

“Certain speeds are more stable,” he explains. “At a higher RPM, you reach a point where no matter what you do, you can’t get the saw to be stable, and that usually happens when you’re speeding up the machine centre and speeding up the feed.”

Speed is king these days, says Cloutier, pointing out that sawmills are looking to make their operations leaner, including the filing room.

“They’ve optimized everything in the mill and now they’re looking at the filing room and saying, ‘Look what we did in the sawmill. Now it’s time to update the filing room to keep up to production in the lumber mill.’

“Mills are all about throughput and grade,” he says. “We’re re-designing round saws to try and get an extra 50 feet per minute.”

Increasing log prices are also pushing mills to improve recovery and become smarter cutters. “As log prices continue to go up, mills are going to have to pay more attention to the filing room and look at getting new equipment so they can reduce kerf and plate size.”

Helping mills achieve those goals is the FPInnovations Wood Products Division in Vancouver, which is focused on the selection of proper saw speed, feed speed and plate thickness for circular saws.

“Most mills want to go faster or save kerf, so we provide a service to test the mill’s saws on our sawing test bench,” says Bruce Lehmann, associate research leader of sawing and machine performance. “The mill sends us the saw they want to test and a set of their guides, and in some cases, a package of the wood they cut.  By doing full-scale cutting tests we determine the best feed speed and blade speed for the saw. In the case of a reducing plate thickness, we can verify that the thinner saw will cut. In many cases, the saw filers come to our lab to observe the tests, so they are convinced that the change will work before they go back to the mill.”

One of the benefits of the lab, says Lehmann, is improvement in performance, which typically saves hundreds of thousands of dollars a year, but also reduces the risk of trying something different, and that can help to ensure the project goes ahead.

The lab also provides machine alignment training and reviews. If the wood does not move in a straight line or moves while it’s being cut, then the sawing deviation will be high and there will be a high number of unscheduled saw changes, explains Lehmann. To combat this, more scanning and machine positioners are being put into use in mills. “In a sense, alignment is moving from a mechanical inspection to a calibration process, but whatever the issue, there is a lot of money being lost.”

On the theoretical research side, Lehmann says, they are developing computer simulations of circular saws and guides to monitor the movement of the saw and the wood during cutting on the production machine. “For band saws there are many systems available for monitoring blade deflection during cutting, but a similar system will not work for circular saws, so we are considering indirect measurements such as saw temperature,” he says.

“No matter what aspect of sawing we talk to the mills about, we always come back to the basics of preparing the best saws, tips and guides possible. These are the foundations for good sawing and without them none of the other work we are doing will be of much benefit.”

Recruitment
Increasing the profile of saw filing and creating some momentum to counteract the workforce crisis is the aim of BCSFA’s annual conference, being held April 26-17 in Prince George. Doroshuk hopes this is where the new generation of filers can rub shoulders with more experienced filers, engage in discussions and gain some valuable knowledge.

“We’re excited about our conference,” says Doroshuk, who is expecting 150 saw filers and more than 20 industry suppliers. “Our members are going to hear from a keynote speaker from senior leadership at a leading forest company.”

While the recruiting drive continues, for his part, Doroshuk remains committed to his chosen profession.

“Although it takes a certain type of individual to be a filer, I can’t say enough about the industry. I love my job and I love the challenges it presents.”

And he adds, “You can work at it into your 60s,” which is exactly what he plans to do.