June 10, 2016 - The U.S. Environmental Protection Agency’s (EPA) Tier 4 Final emission standard for diesel engine emissions took effect for forestry equipment in the U.S. at the start of 2014, and since then equipment manufacturers have begun to introduce machines that comply with the new emission standard. 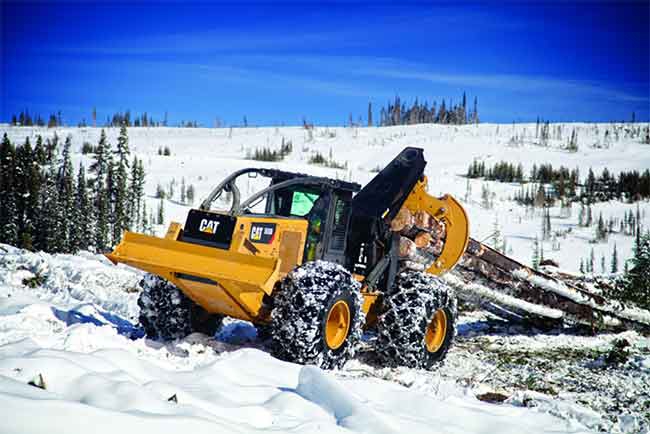 There has been some reluctance in the forestry industry to embrace the new Tier 4 Final technology. The U.S. Environmental Protection Agency’s (EPA) Tier 4 Final emission standard

There has been some reluctance in the forestry industry to embrace the new technology – a reluctance attributed at least in part to the fact that some new engines require the use of diesel exhaust fluid, or DEF.

However, loggers who are making the transition to machines equipped with Tier 4 Final engines are enjoying the benefits of the new technology as well as improved fuel economy and quieter engines.

The EPA began setting emissions targets in 1996 for diesel engines sold in a particular model year. Since then, there have been a series of increasingly strict requirements for emissions from engines used in various industries. The EPA standards are based on industry, horsepower, model year, and engine design.

The chief air pollutants regulated by the Tier 4 Final emission standard are particulate matter (PM) and two oxides of nitrogen, Nitric Oxide (NO) and Nitrogen Dioxide (NO2), collectively known as NOx.

The standard results in a 99 per cent reduction in PM and NOx from typical emissions compared to 1996. Prior to Tier 4 Final, about 85 per cent of the reduction was achieved through engine design improvements, such as electronic fuel control, advanced turbocharging, combustion chamber design, and higher pressure injection.

Most forestry equipment manufacturers have included selective catalytic reduction (SCR) as a component in their emissions strategy. It requires the use of DEF, which has been a concern to some loggers.

SCR technology with DEF reduces NOx in the engine exhaust. DEF is a water-based solution consisting of 32 per cent urea (the remainder is de-ionized water).

Urea is a chemical compound containing nitrogen that converts to ammonia, which reacts with the catalyst in the SCR system to convert the NOx compounds into plain nitrogen and water.

There is a separate tank or reservoir for DEF. Manufacturers designed the size of the DEF reservoir to require a fill-up whenever the fuel tank needs
to be refilled or to last for multiple fuel refills.

DEF can be impacted by temperature, so it is important to store it properly. It freezes below 12F, although the containers it is sold in are designed to allow for expansion. More importantly, the machine’s DEF reservoir is designed to allow the fluid to freeze, and the machine will thaw it automatically after the engine is started in the morning.

At the opposite end of the temperature spectrum, DEF can degrade over time if exposed to high temperatures. For example, if the temperature exceeds 90F for an extended period of time, DEF shelf life can drop from the maximum two years to less than one year. Proper storage of DEF and following normal machine fluid cleanliness precautions will prevent problems.

Here are some other key things to remember about Tier 4 Final engines and DEF:

Remember: The DEF used in new Tier 4 Final engines in forestry equipment is the same DEF that has been used in truck diesel engines. On-highway trucks have been using DEF and very similar components and emissions reduction technology for years. Now, loggers get the benefit of these years of experience.

Chris Rowan is a product support training manager for Thompson Machinery in Belden, Miss. – a Cat dealer with locations in Mississippi and Tennessee.