In an official ceremony held at the site of its current Paris-based production facility, a 30,000 sq. ft. building, the company welcomes staff, partners and community officials to break ground and mark the start of construction.

Tigercat has been in the small town of Paris, located approximately 100km southwest of Toronto, since 1995 when it purchased its current facility. The new building will be located on the same property as the current plant, on a previously vacant lot at the northwest corner of the lot.

"This is a significant milestone in the history of our company," said Tony Iarocci, President of Tigercat.

Tigercat has a rich history in the region. Tigercat began in 1992 at the MacDonald Steel fabrication plant in nearby Cambridge, located approximately 30km north of the Paris site. Since that point, the company has expanded to facilities in other nearby communities, with plants in Brantford and Woodstock.

Tigercat is one of the few remaining heavy equipment manufacturers in a region that once was at the heart of the industry. Companies such as John Deere, Caterpillar, TiberJack, Massey-Ferguson and Cockshutt used the call the area home, but have all since either shut down or reorganized their operations in a different location.

The new plant
The new 125,000 sq. ft. manufacturing plant will initially focus on swing-to-tree and cut-to-length attachments. That includes the 200 series material handlers and the 800 series tracked feller bunchers, as well as shovel loggers.

The facility is meant to also provide capacity relief for its other plants, especially the one in Woodstock. That will help the company address current needs in the market.
The current Paris facility produces undercarriages for the company's extensive product line.

The building is being designed and powered for multi-purpose capabilities, providing Tigercat with the flexibility to change product lines manufactured at the plant as worldwide customer demands change. The plant will contain three bays, with 6x32-ton cranes per bay.

J.H. Cohoon Engineering of Brantford has provided all of the engineering needs for the new plant. Another Brantford company, Vicano Construction, has been awarded the building contract.

It is expected that the plant will be built in time for a Spring 2015 move-in, with full production to follow in the summer of 2015. 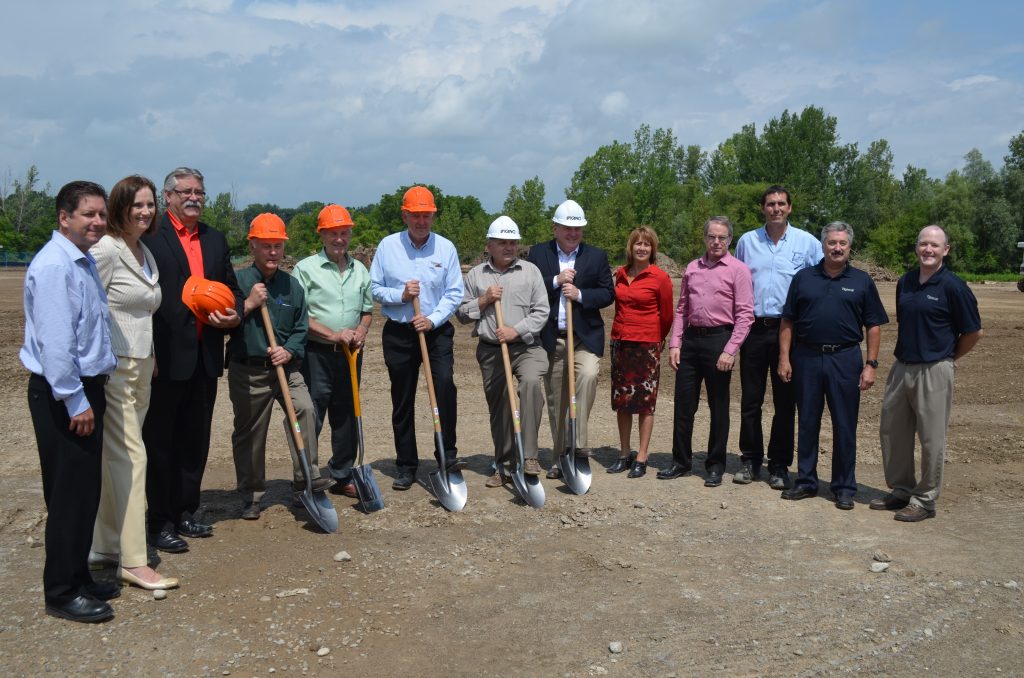