Alternatively, the carriers can be equipped with a live heel boom system and grapple for pure shovel logging. Along with the high flotation undercarriage, this is an excellent configuration for southern U.S. style log mat-based lowland logging applications.

With the patented Tigercat ER boom and energy recovery swing system, the S855D series shovel loggers can cost effectively forward wood to roadside in steep or wet soil conditions up to distances of 80-100 m (260-330 ft). A shovel logger can be strategically located in challenging parts of the cut block to forward trees to the skidder or fell and bunch for a yarding system.

Unlike excavator-based shovel loggers with add-on forestry packages, the S855D and LS855D are purpose-built for heavy duty forestry applications. The efficient hydraulic system is optimized for shovel logging and felling with a directional felling head.

The LS855D is equipped with Tigercat’s patented levelling system, providing exceptional stability in steep slope applications. It uses two massive hydraulic cylinders and heavy steel sections for a solution that is both simple and robust. The unique geometry of the levelling system promotes balance, poise and stability on slopes. In addition, the ramped undercarriage allows the machines to easily drive up over rocks and stumps. 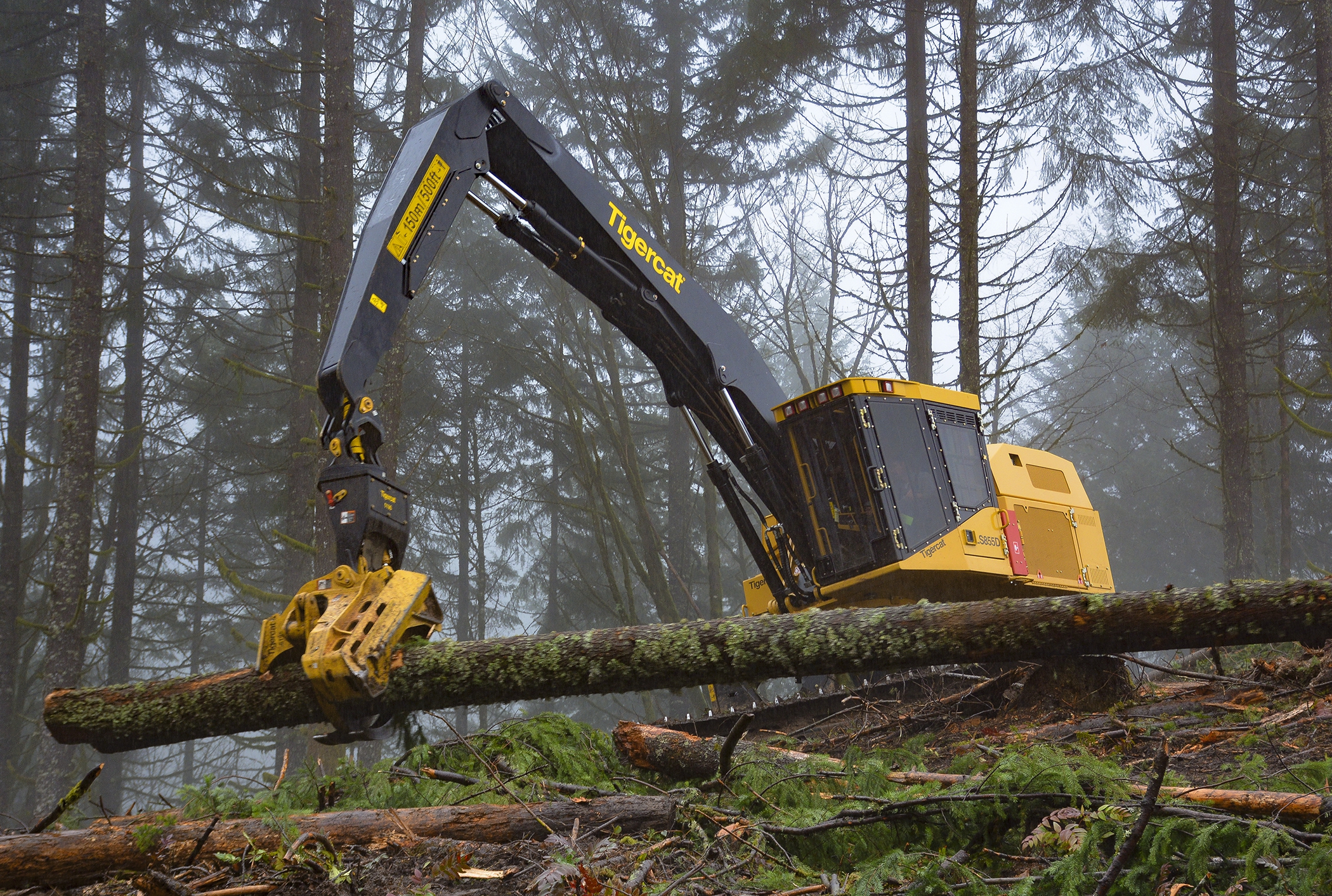