Oct. 7, 2016 - K’ómoks First Nation and TimberWest Forest Corp. have signed a Memorandum of Understanding that sets-forth a commitment to partner on cultural, environmental and economic opportunities around existing and future forestry operations for both parties on Vancouver Island. 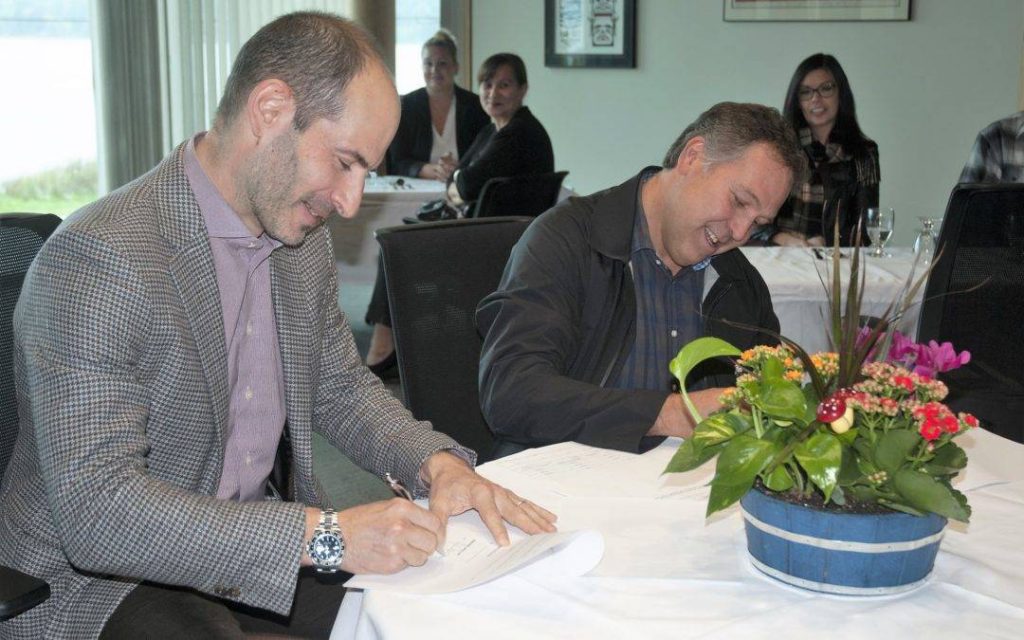 “This agreement solidifies and formalizes our long standing relationship with K’ómoks First Nation, and represents the commitment of both parties to working together respectfully towards our common goals,” says Jeff Zweig, President and CEO of TimberWest. “We look forward to collaborating with the K’ómoks Nation on a number of important environmental and economic projects.”

Underlying the MoU is an intent to share knowledge and expertise on sustainable forest management, and to enable an open dialogue relating to cultural and environmental considerations in forestry business practices.

“K’ómoks Territory extends from the Sayward Valley, to the Englishmen River, from the top of the mountains to the Salish Sea. We are happy to be building relationships with industries based in the heart of our territory. Together, with TimberWest, we look forward to collaborating on projects, supporting each other’s organizations and utilizing the lands in our unceded traditional territory for the benefit of our people,” says Chief Robert Everson.

K’ómoks First Nation and TimberWest Forest Corp signed the MoU at the K’ómoks band office in Comox, B.C., before Chief and Council.

TimberWest is a member of the Canadian Council of Aboriginal Business. TimberWest has been operating for over 100 years on the BC Coast, and is Western Canada’s largest private timberland Company on Vancouver Island. The Company owns renewable Crown harvest rights to 700,000 m3per year. All its public and private forest lands are third-party certified under the Sustainable Forestry Initiative. TimberWest is privately owned by two leading Canadian pension funds.

For thousands of years indigenous people occupied the shoreline of eastern Vancouver Island in a place referred to as, “the land of plenty”. This Land of Plenty stretched from what is known today as Kelsey Bay south to Hornby and Denman Island and included the watershed and estuary of the Puntledge River. The people called K’ómoks today referred to themselves as Sathloot, Sasitla, leeksun, Puntledge, Cha’chae, and Tat’poos. They occupied sites in Kelsey Bay, Quinsun, Campbell River, Quadra Island, Kye Bay, and along the Puntledge estuary. As a cultural collective they called themselves, “Sathloot”. According to the late Mary Clifton.