Nov. 15, 2017 - Canadian Forest Industries Top 10 Under 40 contest is an annual tradition, drawing in nominations from coast-to-coast and recognizing young leaders in forestry. To individually acknowledge each winner and his or her contributions to the forest industry, CFI will feature each of our top 10 winners of 2017 over the next 10 weeks. 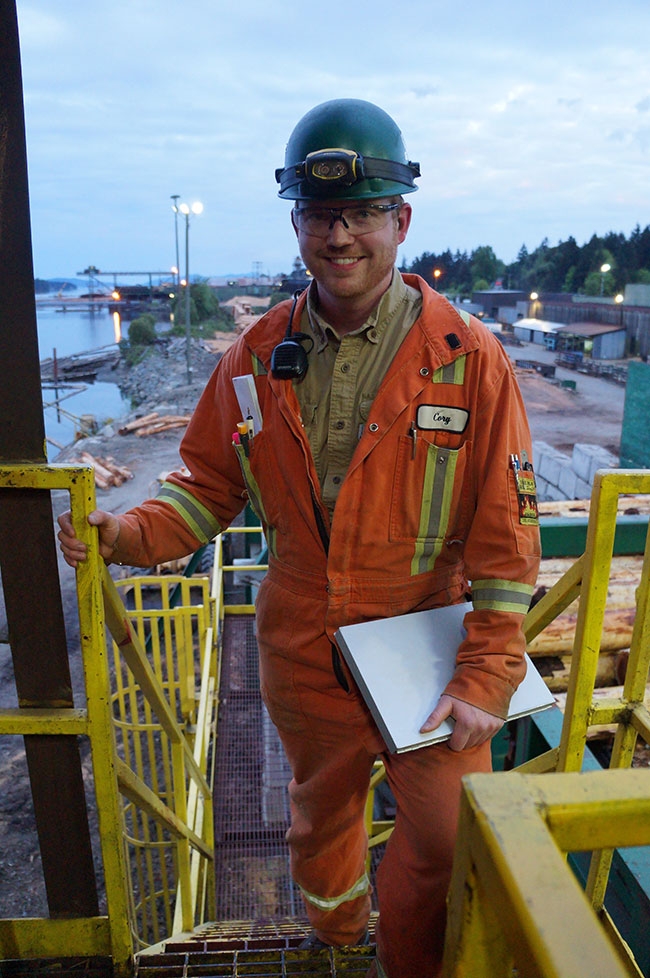 This week, we introduce our readers to Cory Wilson.

“He has great ability to absorb a tremendous amount of info at any one time,” Charton explains. “He very personable and easily approachable. He has time for everyone.”

The 26-year-old began working for Western Forest Products in 2006 at just 17 years old pulling lumber on the green chain. Over the next few years he became a lumber tally person, and then received a lumber grading ticket.

In 2008 Cory began an electrical apprenticeship and after working at different sawmills and energy projects, was hired by Saltair Sawmill in 2012 as an electrical chargehand. His new position threw him into the thick of Western Forest Products $40-million upgrades at Saltair, Al Harrison of Harrison Mill Systems explains.

“Cory was eager to jump into and be a part of these upgrades and became the go-to liaison between the mill and the project teams,” Harrison says. Once those projects wrapped, he began leading new electrical projects at the mill.

“Some project startups don’t always go as planned. Cory has been, and will continue to be a key member of the project startup team. ‘Ownership’ is the key word. He ensures the crew has pizza on the way when a long night is imminent the last day of a shutdown before startup. He digs in and will tackle any problem until it is solved,” Harrison says.

Stay tuned for next week’s spotlight on winner Maurice Theriault.

Related
Log exports: The story behind the story
Conifex announces details of $80M sawmill modernization plan
‘We had to rebuild the trust’: How the BC Saw Filers Association got back on track
Small and steady: Woodco finds success with flexible processing