By the time the hard copy of this issue of Canadian Forest Industries hits the presses and the digital edition is on your computer monitor, it will have been two months since I took over as editor. During that time, I have been quickly and refreshingly reminded of just how resilient the people who work in this industry are. We all know that we are currently facing the most difficult financial situation that most of us have ever experienced. However, the optimism and the “do what it takes” attitude of the many people I have come in contact with have been overwhelming. 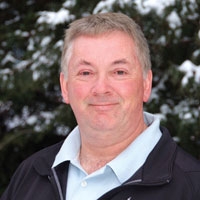 One of the first events I covered in my new role was the Truck Loggers Association (TLA) annual convention in Vancouver. The TLA represents BC’s coastal loggers. The mood was a little subdued, but that is understandable considering at that time only around one third of the association’s members were working. However, attendance at the event was only down by about 20%. Not bad for a group of loggers who are wondering how they will make their next loan payment on their skidder or processor. The attitude on the convention floor was one of determination and that this industry is here for the long term and will get through this.

Today, just six short weeks later, the TLA is estimating that only 20% of its members are currently working, and harvesting of the Annual Allowable Cut for the BC coast is currently at about 40% of normal levels. I was lucky enough in February to spend a sunny day with Mike Hamilton, who is one of the few actively logging, and despite the current conditions, Mike was happy to show me what he and his crew are doing in terms of harvesting and other projects that are helping to put food on the table for as many people as possible (see article on page 12). Even after almost four decades in this industry and seeing tough times in the past, Mike is still optimistic about the future.

I have also had long conversations with many of my industry colleagues. From staffers at national to provincial associations, to employees of big companies to small operators, and equipment sales people to technical advisors, they all know it’s tough out there, but for the most part they are not jumping ship. They are patiently waiting and watching the housing start numbers coming out of the United States, as everyone knows when they bottom out and start to rebound, it will be the start of our industry’s climb back up from rock bottom. Almost every one of them speaks with confidence about the future, albeit they realize that future may be a year or more away.

It has also been impressive to see how many people are willing to help in the drive to recovery. Even at the TLA convention, the underlying theme was that “we must work together for the good of all members.” Other associations, such as the Forest Products Association of Canada (FPAC), have gone to bat for the industry with government. And at WorkSafe BC, where they are trying to figure out why fatality rates are on the rise for the province’s logging business, they are extremely cognizant of the financial situation facing most operators, and in seeking answers are being careful not to overuse the limited resources of these companies (see article on page 9).

And then there’s biomass. This offshoot from the forest industry could be the magic bullet if done right. Canadian companies are excited about the possibility of using slash and other forest residuals, along with sawmill waste, to generate power. Although sawmills in Williams Lake, BC have been feeding a bio energy plant in that city for over a decade, we’re still a long way from having cellulose meet the needs of the hungry power grid on a large scale basis. There is, however, optimism for this new and green product, and many companies and their employees are busy making plans, writing proposals, and developing ideas. You can find more on this in our sister publication, Canadian Biomass – which is inserted inside this magazine for those of you who have renewed your subscription within the past two years, or if you are reading this on-line, is available by clicking on the Canadian Biomass link on the home page.

There’s no question that we will emerge from this current downturn, the question is when and in what form. The face of the industry will be changed, as some companies won’t survive. But one thing I have personally rediscovered by talking with people out there over the past couple of months is something I have known for the 20 plus years I have worked in this industry – it is made up of survivors who will show what they are made of, and will emerge from this stronger.