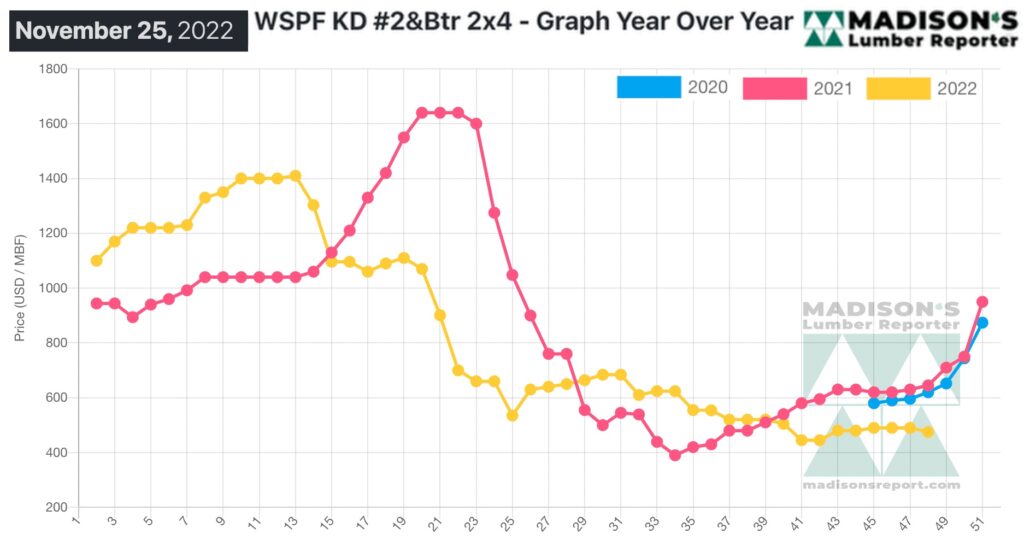 As is historically usual for this season, demand — and therefore prices — of most softwood lumber items dropped during the US Thanksgiving holiday week. This time of year is normally marked by slowing construction activity thus lower demand for dimension lumber. Of course, the past two years have not been normal. As forest industry players look to the end of the year, the big question is; what is going to happen in 2023? Expectations are that supply and demand are in better balance now than they have been since early 2021, which gives both sellers and customers the ability to find where the new price level will be. In these new market conditions, “new normal”, the current price of benchmark item Western Spruce-Pine-Fir KD 2×4 #2&Btr is hovering at just below cost-of-production for most of the large-volume operators in British Columbia. As we head into the true slow-down at year end, all eyes are on where the new price bottom will be.

Deepening winter weather had the effect of slowing consumption, production, and transportation, all to relatively concurrent degrees such that no one variable in the supply-demand equation was overstressed. 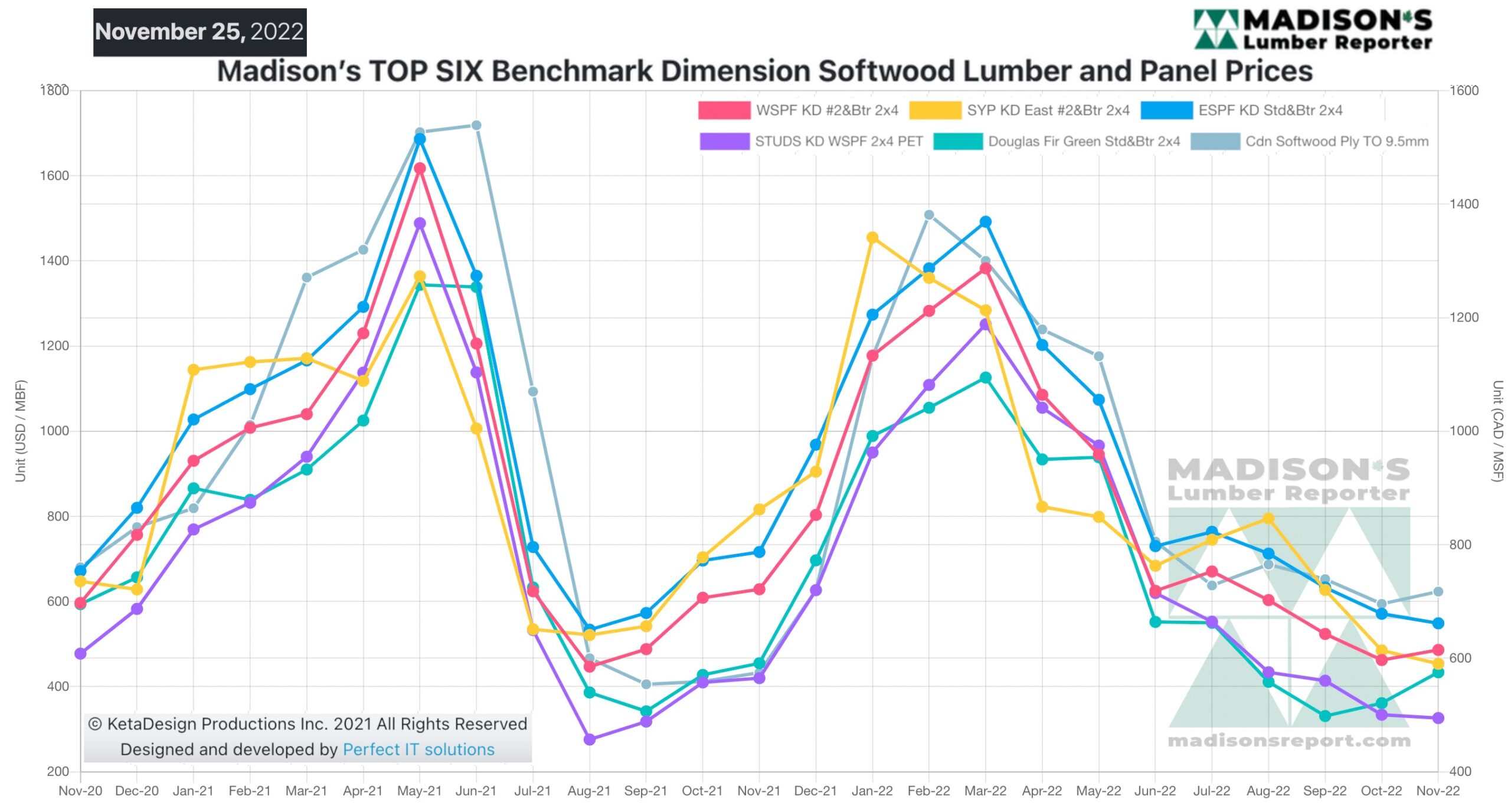 Buyers of Western S-P-F lumber in the United States were somewhat active to start the week as they short-covered in advance of American Thanksgiving. Sales activity petered out from there, with the market going dead quiet by midweek. Both primary and secondary suppliers reported an unsurprising dearth of inquiry later in the week, while order files at sawmills remained in the two- to three-week range. Transportation issues began to appear as winter weather took hold in many regions, and there was much speculation about job action in the rail sector.

Canadian suppliers of Western S-P-F lumber saw inquiry and takeaway drop off precipitously as the week wore on. No one was surprised, as the American Thanksgiving holiday weekend is almost always accompanied by a dip in demand. Apparently sawmills at both the regional and national levels were getting more amenable to counter offers with each passing day, with many reporting an ongoing challenge in finding trading levels where they could establish any consistent flow to business. Order files ranged from prompt availability at more local mills to three weeks out at some of the larger producers.

“Limited overall supply of Southern Yellow Pine commodities was balanced out by a drop in demand. Many players used the Thanksgiving holiday as an opportunity to step back and assess their current inventory positions. Prices hovered around the previous week’s levels as sawmills felt no pressure to chase the market or boost their numbers. Order files remained two-to three-weeks out. Suppliers were confident that more demand will come from the multifamily and mixed commercial sectors once players are back at their desks after the holiday weekend. ” – Madison’s Lumber Reporter