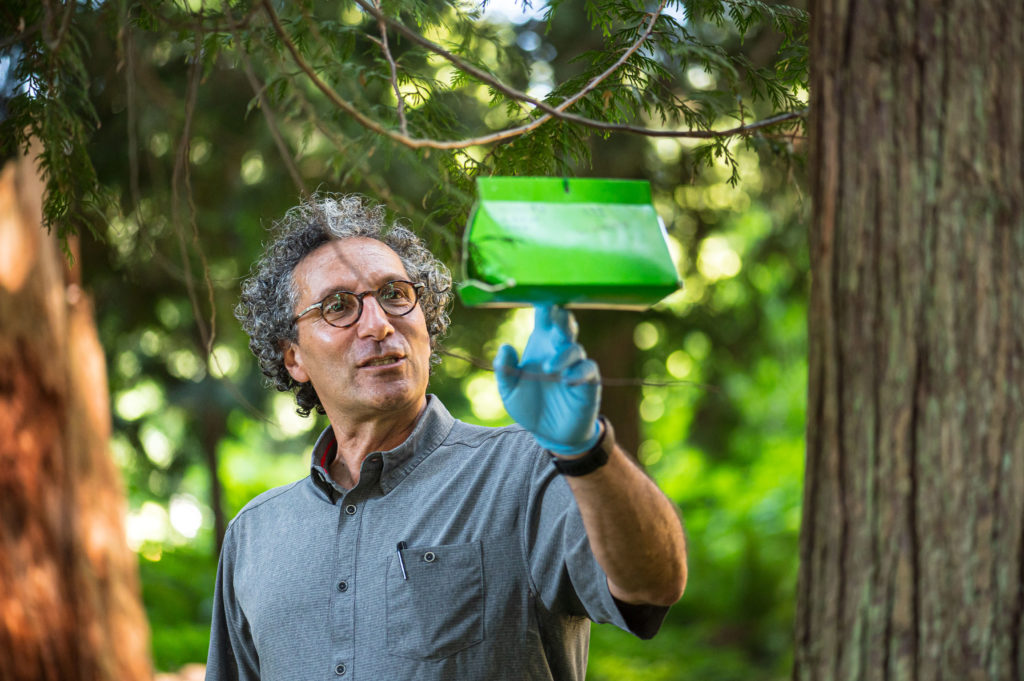 Asian gypsy moths feed on a wide range of important plants and trees. White pine blister rust can kill young trees in only a couple of years. But it’s not always easy to detect the presence of these destructive species just by looking at spots and bumps on a tree, or on the exterior of a cargo ship.

Now a new rapid DNA detection method developed at the University of British Columbia can identify these pests and pathogens in less than two hours, without using complicated processes or chemicals – a substantial time savings compared to the several days it currently takes to send samples to a lab for testing.

“Sometimes, a spot is just a spot,” explains forestry professor Richard Hamelin, who designed the system with collaborators from UBC, Natural Resources Canada and the Canadian Food Inspection Agency. “Other times, it’s a deadly fungus or an exotic bug that has hitched a ride on a shipping container and has the potential to decimate local parks, forests and farms. So you want to know as soon as possible what you’re looking at, so that you can collect more samples to assess the extent of the invasion or begin to formulate a plan of action.”

Hamelin’s research focuses on using genomics to design better detection and monitoring methods for invasive pests and pathogens that threaten forests. For almost 25 years, he’s been looking for a fast, accurate, inexpensive DNA test that can be performed even in places, like forests, without fast Internet or steady power supply.

He may have found it. The method, demonstrated in a preview last year for forestry policymakers in Ottawa, is straightforward. Tiny samples like parts of leaves or branches, or insect parts like wings and antennae, are dropped into a tube and popped into a small, battery-powered device (the Franklin thermo cycler, made by Philadelphia-based Biomeme). The device checks to see if these DNA fragments match the genomic material of the target species and generates a signal that can be visualized on a paired smartphone.

“With this system, we can tell with nearly 100 per cent accuracy if it is a match or not, if we’re looking at a threatening invasive species or one that’s benign,” said Hamelin. “We can analyze up to nine samples from the same or different species at a time, and it’s all lightweight enough—the thermocycler weighs only 1.3 kilos—to fit into your backpack with room to spare.”

The method relies on PCR testing, the method that is currently also the gold standard for COVID-19. PCR testing effectively analyzes even tiny amounts of DNA by amplifying (through applying heating and cooling cycles) a portion of the genetic material to a level where it can be detected.

Hamelin’s research was supported by Genome Canada, Genome BC and Genome Quebec and published in PLOS One. The UBC team, including lead author Arnaud Capron, tested this approach on species such as the Asian gypsy moth, white pine blister rust and sudden oak death pathogen, which are listed among the most destructive invasive pests worldwide.

“Our forestry, agriculture and horticulture are vital industries contributing billions of dollars to Canada’s economy so it’s essential that we protect them from their enemies,” added Hamelin. “With early detection and steady surveillance, we can ensure that potential problems are nipped, so to speak, in the bud.”