Nov. 24, 2016 - The United Steelworkers (USW) is launching a new campaign to highlight the importance of B.C. forests to workers, local communities and the provincial economy. 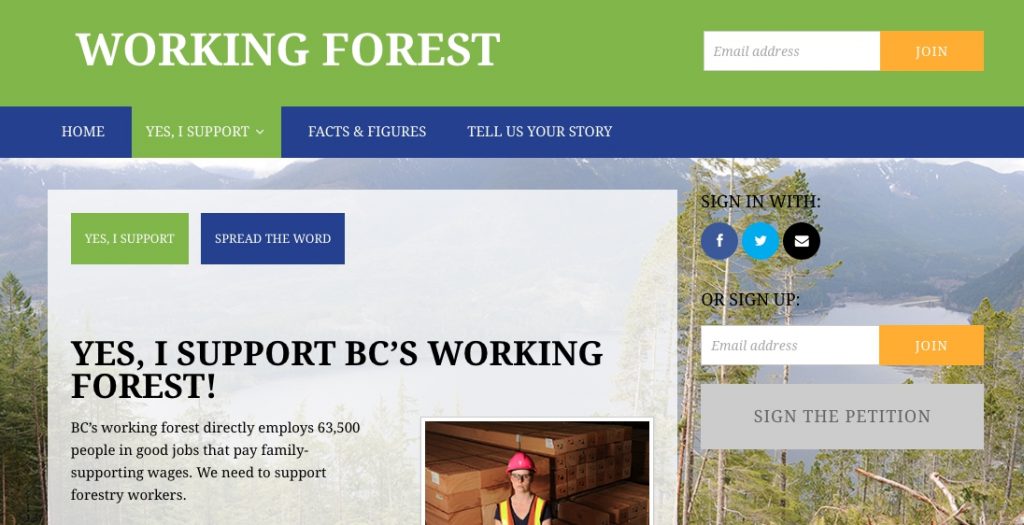 “B.C.’s Working Forest: Ours To Protect” will promote the value of the working forest to ensure decision makers and all British Columbians understand the importance of maintaining these forests as renewable resources for the benefit of workers, communities and the entire province.

“Our forests are renewable resources that have been harvested for hundreds of years. Not only do thousands of British Columbians earn their living and support their families by working in the forest industry, the industry also generates almost $2.5 billion a year to federal, provincial and local governments to pay for important public services that we all depend on,” says Bob Matters, Chair of the USW Wood Council.

“The desire of some organizations to lock up large areas of the working forest would be disastrous for workers and the many communities that depend on forestry.”

United Steelworkers District 3 Director Stephen Hunt says it is critical that elected officials and the public hear the voices of forestry workers.

“Nobody understands the value of our forests better than our members working in the industry. We believe strongly in a vibrant, thriving and sustainable forest industry that provides good jobs with family-supporting wages and contributes to our province. At a time when the province is allowing a record number of raw logs to be shipped overseas and certain groups wish to ban logging on the coast, it’s more important than ever to listen to the voices of those with the most at stake,” says Hunt.

The union’s efforts include a new website, www.workingforest.ca, and will include an advertising campaign in key regions of the province, as well as in social media.