January 28, 2016 - With the December report on housing starts and permits, preliminary totals for 2015 are now available.

The number of unused permits rose 4.9 per cent suggesting builders were unable to start more homes than they planned. More than three-quarters of builders responding to an NAHB survey reported labor availability as their greatest concern looking forward into 2016. While inventories of new homes for sale have been increasing, builders are constrained in their ability to add stock because of the labor shortages as well as lot shortages in some markets.

The final numbers for 2015 will see one more revision as the previous month is revised in each new report, but year totals are not likely to change significantly since the first 11 months will remain the same. The improvement in 2015 over 2014 should accelerate slightly in 2016 as mortgage rates remain near historic lows, the overall economy improves and pent-up demand is released. 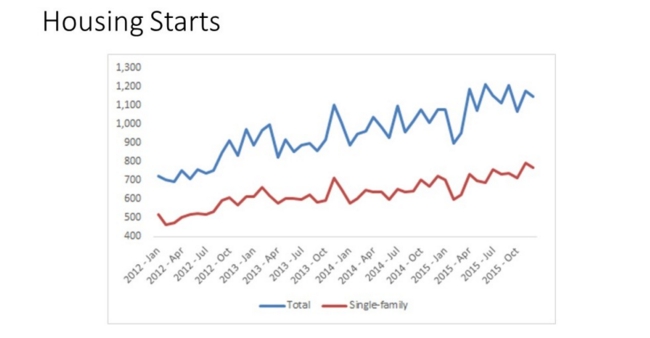