Sept. 19, 2018 - Sitting side by side at the John Deere demo site in Coal Valley, Ill., the brand-new 748L-II grapple skidder and its predecessor, the 748L, are nearly identical. Brandon O’Neal, John Deere’s product marketing manager for full tree forestry, chuckles when he says from the outside the machines are not all that different. But a closer look at the interior reveals the three years of product development that went into the L-II models. 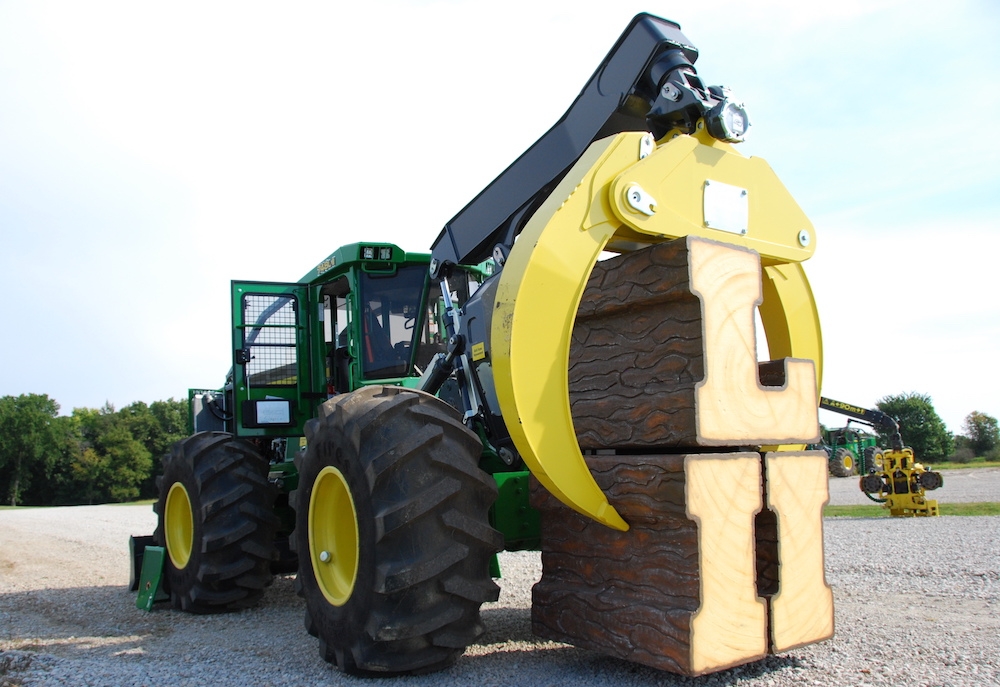 Simplified wiring harnesses, increased grapple squeeze, colour-coded components and a soft steering stop are just a few of the 1,600 components that were touched in the redesign to simplify the machine’s diagnostics and serviceability. “In the last three years we’ve continually improved this machine to meet customer demands,” O’Neal says.

The original L-series skidder and wheeled feller buncher launched in 2015 as a ground-up redesign of John Deere’s forestry machines. The models were roomier, quieter, and more powerful than ever before. In the L-II redesign, the goal was to improve the reliability of the machine, building and improving on the original platform, O’Neal explains. “Small improvements like colour coding components are made to make serviceability easier in the field, and reduce downtime for customers,” he says.

Tim Flowers, product instructional specialist for John Deere’s skidder group, narrowed in on the small details that make the L-II skidder model a big improvement over its predecessor. “A lot of them are internal – you won’t see a lot of changes on the external components and on the framework,” he says. The upgrades were made as direct responses to customer feedback from the original L series.

Inside is where you’ll find the upgrades, which include:

Feller buncher boost
With identical frames, the 648L-II and 843L-II wheeled feller bunchers have nearly all the same improvements as the skidder. The L-II feller bunchers also have a single-button quick dump feature that allows the operator to release trees in a single, smooth motion. Head-tilt and arm functions are combined to minimize operator fatigue and improve productivity.