Meeting rising public concerns about environmental sustainability, including wild­life pro­tection, is a priority for the forestry sector today. At the same time, the industry needs to be financially sustainable. 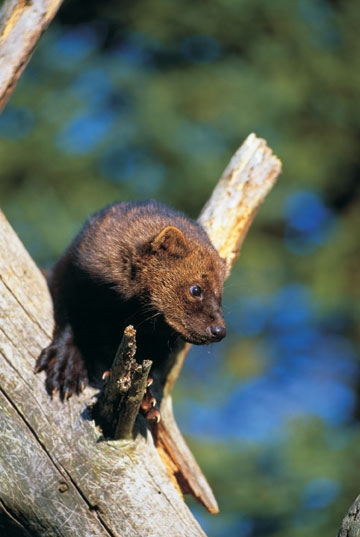 This is increasingly important because of rising public concern about wildlife, an awareness apparent in government regulation and scrutiny from non-governmental organizations (NGOs). To retain its social license to operate, industry needs to show its willingness to protect wildlife and habitat, and to do this in a way that is understandable and scientifically verifiable.

As an example of the increased understanding of the ecological criteria that define habitat suitability for wildlife, some species need continuous mature forest, some prefer proximity to edges and recent disturbances, while others require a complex mix of the two. Preserving arbitrary percentages of mature forest in arbitrary locations, as is currently the practice, may not be as effective in preserving species of concern as ecologically informed harvest plans, which in some cases could result in less area reserved.

More Accurate Models
Computer-based simulation models are increasingly capable of aiding in the definition of quality wildlife habitat and the evaluation of harvest scenarios. The results can guide harvesting the volume of wood required for economic sustainability, without compromising ecological sustainability.  Three recent developments have helped improve the utility, relevance and acceptance of computer-based modelling as a land use tool.

Better data: The first is the growing availability of high-resolution, current, affordable information on many areas of the earth’s surface, including satellite-derived remote sensing images and forest inventory maps derived from aerial photography. Site-specific and landscape-level data that tell us how the habitat preferences of a range of wildlife species are affected by their environment are also increasingly available. Through statistical analyses of these data, mathematical models and algorithms can be derived to predict habitat quality.

Better computers: Today’s huge amounts of data and memory-gobbling Geographic Information Systems (GIS) software would have slowed the computers of even a few years ago to a crawl. Current widespread availability of high-speed computing on affordable desktop machines has made it more practical to run models over large landscapes at a high resolution. It is also possible to generate data for a wider range of species, and to try a variety of “what-if” scenarios to arrive at the best solution. This means greater potential for “real world” applications, as well as faster turnaround of projects and greater affordability.

Better models: Traditionally, environmental professionals working with forestry companies have relied upon simplistic models based on information collected from the literature. However, these are often not site-specific enough to accurately determine habitat quality. Sometimes the accepted wisdom is simply wrong, as any generalization has its limits. For example, it is commonly thought that marten and fisher prefer old-growth forest. It is more true to say that these animals like forests with plenty of low-to-the-ground hiding places, which is true of old-growth forests, but also second-growth forests with plentiful logging slash.

Models based on generalizations from the literature have often overlooked such exceptions. Models based on data from the immediate vicinity, on the other hand, would be much more likely to
represent the important habitat features on a site.

Improved model sophistication includes the complex interactions of environmental factors. For example, if a large amount of high-value habitat is available in a given area, protecting all of it may not be as important as targeting it in places where there is less. Sophisticated models can also reliably predict the effect of a logging road or other installation on the value of surrounding land as habitat.

Last but not least, models can generate vivid, map-like images that show clearly where high-value habitats for various species exist. These can then be linked, using GIS, to other information such as the forestry company’s cutting plans, so that these plans can be modified to meet the needs of habitat protection. Easily understood graphic output is also now a reality, and capable of eloquently communicating the relative costs and benefits of a given harvest plan. Large-scale images showing larger areas can support a company’s strategic planning.

Making It Work
While predictive models have their strengths, it is important not to be dazzled by the information they display. Any model’s findings need to be backed by ground-truthing via wildlife studies and other information gathering. When backed with hard data, models can be a tremendous aid to all aspects of forest management. Regulators increasingly accept the information provided by the right model operated by skilled and qualified professionals, and backed by scientific justification. Stakeholder such as NGOs, local political leaders and First Nations groups are understandably more reassured that their interests are being protected when hard data tells them so.

While predictive modelling is well established and its methodologies have stood the test of time, there is still room for improvement. Further data gathering is needed to help make models more accurate, and for a greater range of species. Forestry companies can support this effort through funding university research on wildlife-habitat relationships. By doing so, they will perpetuate the economic benefits of forestry while also helping to protect the environment for generations to come. Forestry can be a winning industry for all, and making harvest plans more ecologically informed is a positive step in that direction.

Related
SFI Continues to Grow
Is the War of the Woods Over?
Trees Rising From Depths of Volta Lake, Ghana
Balancing Act