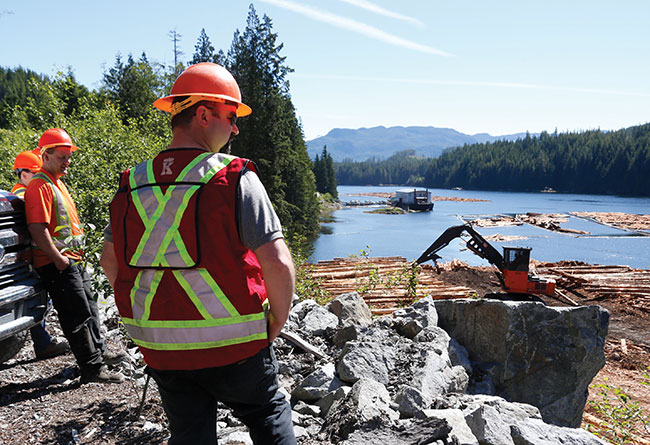 Dorian Uzzell looks over the dryland sort at his company’s logging camp in Beaver Inlet.

Located on B.C.’s west coast a fairly short boat ride away from the community of Sayward on Vancouver Island, Wahkash Contracting loggers are only a day or two from finishing up work there in mid-June. As logs are sorted, Uzzell and his camp manager happily discuss the progress of one of their younger workers as he shows promise on a machine he’s recently learned to use.

“We pride ourselves on introducing the young generation to the industry and making them proud to be west coast loggers,” says Uzzell, one of three owners of Wahkash Contracting.

For Wahkash Contracting, the emphasis is on providing a path for employees to grow, “encouraging them to learn every job within the company so that they can have good, fulfilling careers that pay very well and that raise families and that support communities,” he says.

Within the Wahkash Contracting, R&J Roadbuilding, Bonanza Lake Logging and J.B.M. Falling group of companies, jobs range from opportunities to work the dry sort hydraulic sorting machine, boom boats, log loaders or processors to road crew jobs starting as a drill swamper and quickly moving on to running articulated rock trucks, excavators and more. And there is plenty of growth to be had right now.

Currently, Wahkash is enjoying a decade-long upswing in the coastal logging industry along with other west coast contractors, Uzzell says.

“I see a lot of the logging contractors on the west coast have kept very busy, have managed to build strong crews because they’ve been able to keep their crews working steadily. The people aren’t having to look for work elsewhere because there’s another layoff or another downturn,” he says. “For the last 10 years, our industry is the strongest that I’ve seen it in my 26-year career.”

However, as an owner of Wahkash and a member of The Truck Loggers Association’s board of directors, Uzzell has his eye on potential government policy that, if heavy-handed, could create hard times for the forestry sector.

At Wahkash, up to 95 employees provide cut-to-length hand falling, mechanical falling and stump-to-dump logging in remote locations, harvesting about 440,000 cubic metres per year for a pair of forestry companies (Mosaic Forest Management and International Forest Products) who hold forestry rights on various pieces of land.

Logging species include Douglas fir, hemlock, balsam, red cedar, yellow cedar and more. Uzzell places average yarding distance between 450 and 550 feet, and the distance to dryland sort between 10 and 20 kilometres. 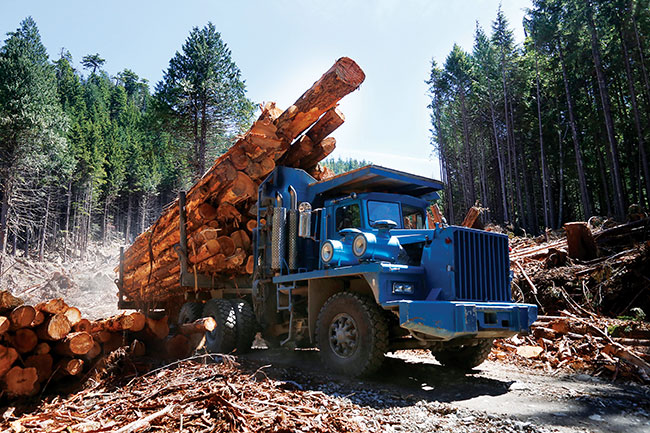 Recently, Wahkash has added more Tigercat equipment to the fleet. “I first ran Tigercat feller bunchers in 2002-2010,” Uzzell says. “Since then Tigercat has offered equipment such as the 880 log loader, the 855 tilting hoe-chuckers, which had us and others encourage Tigercat to build a west coast-sized log loader, which is the 890 Tigercat log loader, and our company purchased the first 890 that Tigercat built.”

Uzzell says the company has been very happy with the 890. “Other manufacturers turn regular excavators into log loaders, and they don’t have the cooling capacity needed for our industry,” he says, noting that the 890 runs cool in extreme conditions, and has hydraulic flows that run processing heads and other attachments efficiently.

Wahkash also builds its own roads, installs bridges and more, averaging about 60 kilometres of road built a year. The roadbuilding side of Wahkash’s work grew from one road heading to two headings five years ago, and six road headings now.

Uzzell ventures a guess that around 50 per cent of B.C. loggers also build their own roads. It’s become an important element for Wahkash’s workflow, as it means road jobs can be prioritized based on the needs of the overall operation, and not on the needs of just the road heading.

Another element of Wahkash’s lumber practice is the use of floating camps. A pair of barges (the 150 foot by 45 foot Wahkash Hilton and 160 foot by 50 foot Betink Tide) can sleep 36 and 50 respectively, while a pair of float houses (called the Super 8 and Super Duper 8) sleep eight each. The Sir James Douglas 150 foot ship camp, an ex-coast guard ship, sleeps 19.

Having the float camps allows for versatility and flexibility, as times on site can range from six months to several years, Uzzell says. The camps also leave less impact on the land. 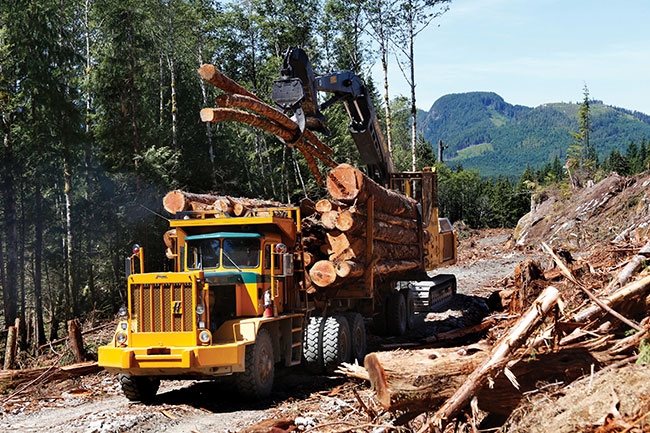 Wahkash is riding a decade-long wave of steady, strong work in the lumber industry, Uzzell says, which has allowed the company to not only keep crews working for 11 months out of the year, but to get the next generation of loggers on board.

“We’ve managed to bring a lot of young people that were in Alberta back home, to get their interest in being loggers again, because we can keep them so steadily employed. So that’s the positive. And I feel like the industry today on the west coast has strength in that regard,” he says.

Part of Wahkash’s contribution to that next generation is ushering them up the ranks of the company as they show work ethic, talent and interest. “No one is allowed to stay in that entry-level position,” Uzzell says. “Everyone is always encouraged to move up.”

For some, that can mean moving along right to the top. Uzzell and the two other owners of Wahkash are the eighth, ninth and tenth owners of the company, which has a tradition of seeing its workers grow and eventually buy out the previous owners.

Founded in 1983 by a group of loggers doing stump-to-dump logging in remote areas of B.C.’s west coast, Wahkash has persevered through years of good and bad times to arrive at this strong 10-year stretch. However, Uzzell says he’s keeping his eyes on some possible provincial government policy changes that could cause trouble.

“Major changes to stumpage and waste assessment in areas of operation that are very expensive to operate in, thus taking the margin out of the project and making the projects no longer viable (are one concern),” he says.

“The government is currently targeting the major forest companies that are my employer, and saying, ‘These guys have been making too much money for too long.’ The government is going to take the profit out of what they’re doing by increasing stumpage, by increasing waste penalty, but, make sure you’ve got all of the facts, because those are the employers of the logging contractor, those are the employers of the forest industry. They’re the driver behind the forest industry, and if we suddenly just cut their legs out from under them, all of us will be standing here like, ‘Now what do we do?’”

Though Uzzell notes there is an opportunity for the logging contractors themselves to be the tenure holders, he says without the supply chain that current tenure-holders have, it would be a while before the industry figures things out.

“My hope is that we have continued consultation, continued joint effort between industry and government to try and ensure that we’re able to continue to harvest at a steady level so that we don’t lose our workers,” Uzzell says.