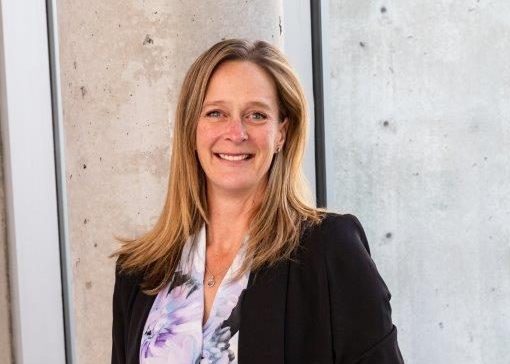 Trish Balcaen grew up going out into the bush with her father from a young age, learning the ins and outs of the logging business. But, in her 35-year-career, Trish has been involved with both the forest industry and the provincial government. She worked for British Columbia on small tenure and pricing reform, as a district manager for forests, and as the assistant deputy minister responsible for Indigenous relations negotiations. However, she never lost her love for the forest industry, serving as the chair for the Interior Logging Association and as a director of the BC Forest Safety Council. Recently, she returned to her father’s company, Balcaen Consolidated Ltd., in Vernon, B.C., as the CEO.

My dad – he started taking me out to the bush when I was little. I didn’t have any affinity for running equipment or chainsaws, but I loved the business side of it. We were market loggers; we did a lot of open market bidding on timber sales and we worked all over the province doing that. I did a lot of the bidding on timber sales and organizing the iron, the trucks, and logistics.

But, I left the company; I was actually away for almost 20 years. I went and worked for the province. I started out in forestry, working on the woodlot and community forest program tenure and pricing reform, policies, the deregulation of private land for Western Forest Products and Weyerhaeuser. Later I became a district manager of forests for a couple of years in the South Island, and then went off on adventures in land use planning, environmental assessment, oil and gas, mining, clean energy. Then, I landed as a chief negotiator in Indigenous relations and finally as the assistant deputy minister responsible for negotiations across the province. So, a wild and woolly adventure there.

Recently, my dad asked me if I’d come back and take care of the company and prepare for long-term succession planning with him. That’s my 35-year career in a nutshell.

CFI: What is it about forestry that you enjoy the most?

You’re living on and with the land. You’re not talking conceptually about it. You’re working with what Mama Nature gives you to work with – wildfires, droughts, mud, winter, changing seasons – and you just become acutely aware of how dependent we are on her, if you will. It’s real; you’re out there, you’re doing it, you’re fighting it, you’re working with it. It’s hard, but it’s awesome.

CFI: How did your experience working in government influence your understanding of the forest industry?

The simplest way to describe it is I walk in two worlds now. One very, very operational world, where we have a block to harvest within a certain set of parameters, and we have incredibly talented people doing that work. But, then I’ve also seen it from a bird’s eye view. From that bird’s eye view, you can see the cumulative impact of over-harvesting in some areas and under-harvesting in others – there are many reasons for this situation so I don’t want this to sound critical – I just think there is an imbalance in harvest. I can see how breathing life into the traditional ecological knowledge of Indigenous peoples would be of huge benefit to all of us, in terms of how we’re actually working with the land. I can see how, if we manage the landscape for the ecosystems versus timber, that we’ll have a more sustainable industry and a healthier environment.

It’s a general statement, but I think the strengths that women bring in terms of listening, collaboration, care for the environment and care for people, those natural things that women do, are precisely what’s been missing from the industry for so long. So, if I were to send a message to women, it’s what an amazing time it is to come into this industry, because our inherent values are what’s needed to create a sustainable future for our industry. It’s a pretty blunt statement, but it’s one I believe in because we’re less about doing things as we’ve always done and more about community, communication and collaboration. That brings multiple voices and invites perspectives that I think are really needed right now.

CFI: So, did you have any mentors that helped you reach this point in your career?

Not until I got into the government setting. I just put my nose to the grindstone and went to work. I loved the work and enjoyed working with the guys, who are just salt of the earth. But, no, I didn’t, and I look back now and wonder how the hell I pulled it off.

CFI: How important do you think mentorship is to help get more women involved in forestry, and, more generally, to encourage young people in the industry?

I think it’s huge. When I started at 24 years old, I think I was the only woman that did what I did, being the general manager of a logging company. The only motto I had was to do the work the best way I could. But, there was no space, nobody I could talk to, about how I could bring in my inherent strengths. Rather, I fit myself to the culture. I think it’s in women’s nature to question ourselves a little bit more, especially when we’re in a minority environment, and if you have somebody who you can bounce that off of who can say, ‘No, don’t question it, your inherent strengths are exactly what’s needed,’ that gives you just a little bit of extra courage, because it’s not easy.

CFI: As a woman, when you first started out in the industry, did you face any particular challenges or difficulties?

Yeah, a lot of them. I was a second generationer, so the people you work with automatically question – whether you’re male or female – if you’re truly dedicated or if it’s a silver spoon. I didn’t mind having to face that challenge; I think it’s critical that an individual earns the right to lead and it took many years to earn that right. But, I also dealt with sexism, ass pinching, all of the icky bits. This was in the early 90’s when women were still viewed as homemakers and teachers. I was kind of breaking through when it was still pretty fresh for women to be in these roles.

So, I would say most certainly I dealt with challenges, but I don’t think they’re as relevant today. I think we’ve come a long way in the industry and honestly coming back from the government setting to the company now, I’ve not dealt with one question about being a female in the industry.

The one thing I found fascinating is in government, there are still very subtle issues you deal with as a woman or somebody who identifies as other than a white male. There are these subtleties – it’s hard to pin down what the issue is, but it manifests in salary negotiations or promotions or views on leadership skills. One thing that I love about the forest industry is those little subtleties aren’t there. It’s bald – either you’re dealing with it or you’re not – and I love that because if it’s out there, you can deal with it head-on. I’ve found the overall culture to be receptive, which has just been wonderful.

CFI: Do you have any advice to share with women who are interested in a career in forestry or are looking to move into a leadership role in the industry?

Listen to your instincts. Trust yourselves, trust your passion. Be prepared to work hard. Life doesn’t hand anybody anything, and if you think it does, you’re wrong. But, like I mentioned before, I think the forest industry as a whole would be much better served for a sustainable future if it embraces and brings in more diversity and opinions, particularly from women. That’s where I come back to trusting your instincts, because they’re going to be right.

CFI: What do you think needs to happen to further encourage women into the industry, particularly into the logging side of things?

I want to see more women in the operational roles. I encourage women who want to be involved to reach out, make yourself known. It’s very, very hard to recruit into the logging world right now. There’s such a need for skilled operators who have a passion for the work. So, it’s a matter of letting yourself be known. It’s very hard for women to do that, to market themselves or to get out there, so that’s why I emphasize that point. Get yourself out there, use the associations and connect with those who are already in the industry. For my part, I am wildly open to women reaching out just to chat, to talk, to compare notes, to start little networks.

This interview has been edited for length and clarity. This post is part of CFI, Pulp & Paper Canada and Canadian Biomass’ Women in Forestry series celebrating International Women’s Day on March 8. Find more content here and follow us on social media with the hashtags: #WomeninForestry, #IWD2022 and #BreakTheBias.