It’s a new year, and with it comes new regulatory burdens for the trucking industry. Most notably in '09, it’s the mandatory use of speed limiters in both Ontario and Quebec. As of January 1, it has been illegal for any heavy-duty truck built since 1995 (when electronic speed governors became a standard engine function) to not have that limiter set at a maximum speed of 105 km/h. 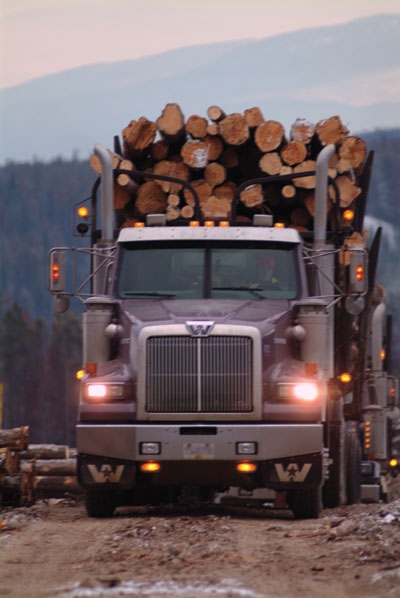 It doesn’t matter where the truck is plated, if you want to operate in Ontario or Quebec, you must have the speed limiter set at 105 or risk being fined. It’s a controversial rule, especially among independent owner/operators who, justifiably, feel they can manage their own speed just fine.

Regardless, the laws are now on the books and the Ministries of Transportation in both provinces are now conducting what they’ve termed an “education enforcement” period they say will last until the end of June. After that, fines of $250 in Ontario and $350 in Quebec will be levied against drivers who are caught without the appropriate speed limiter setting.

Supposedly, enforcement officers are being armed with tools that will allow them to determine whether or not a vehicle is in compliance by tapping into the engine’s electronic control module (ECM). But this raises many questions about privacy and ownership of the electronic data that’s contained within the engine’s computer.

Joanne Ritchie, executive director of the Owner-Operators’ Business Association of Canada (OBAC), has challenged the legality of tapping into this information.

“We are particularly concerned about access to proprietary historical data and trip record information stored in an unprotected layer of the engine ECM’s memory. This data resides alongside the road speed limit setting enforcement personnel would seek during verification,” Ritchie said in a recent letter to the Ontario and Quebec Transportation Ministers. “We strenuously object to Ministry inspectors viewing and possibly downloading that information for their own purposes. We assert that data contained in an engine ECM is in fact the property of the owner of the vehicle, and should not be available to anyone else, including the Ministries, without permission or a warrant.”

It’s an interesting argument, which appears to have been dismissed by provincial Transportation Ministries. Furthermore, Ritchie said it’s possible – albeit unlikely – that damage could be incurred by the engine’s ECM if an unwieldy inspector should poke around in the wrong place and make a mistake while trying to download the data. She’s encouraging owner/operators not to assist enforcement officers when they attempt to connect to their engines, and she says the Ministries of Transportation should be held accountable for any damage that occurs during this process.

Off road radar?
This could get ugly. In the meantime, the easiest way to get busted for being out of compliance is to drive faster than 105 km/h, in which case you could end up with a speeding ticket and a bonus ticket for not having the speed limiter set. If you are opposed to this law, you have an ally in Ritchie, who can be reached through OBAC’s web site at www.obac.ca.

Fortunately for truckers in Nova Scotia, there doesn’t appear to be any appetite for similar legislation there. In a recent interview with the Halifax Chronicle Herald, a Ministry of Transportation spokesperson said the province had no plans to mechanically limit truck speeds. A similar stance has been taken in Alberta.

“I know there are economic and environmental reasons for considering mandatory speed limiters, but I also know it would be very difficult to enforce,” Transport Minister Luke Ouellette said during the Alberta Motor Transport Association’s annual convention last spring.

On the subject of speed, log haulers in the BC Interior have reportedly been surprised to learn that provinvial forestry workers there are now equipped with radar guns and have the authority to ticket speeders. Forests and Range Minister Pat Bell announced in early January that the province has purchased six new radar guns and is putting them to good use.

“Initially, the main focus (of the program) is to improve compliance and safe driving practices through education and awareness,” said Bell. “But make no mistake, officers are empowered to give tickets and chronic, repeat offenders could be subject to fines of up to $1 million for speeding and dangerous driving on a Forest Service road.”

Sterling trucks pulled
On the equipment front, another well-known brand has fallen victim to the times. Daimler Trucks North America (DTNA) announced it is pulling the plug on the Sterling Trucks brand. It came as quite the shocker, as Sterling boasts the most comprehensive truck line-up in the industry, covering all commercial vehicle sizes from Classes 3-8.

Sterling trucks weren’t as glitzy as those produced by sister company, Western Star, but they were functional work trucks that had their place in the market. Unfortunately, DTNA felt it could discontinue the Sterling brand, filling any remaining holes with existing Freightliner and Western Star model trucks. Sterling dealers will continue to sell the existing inventory and will support those trucks for the duration of their lives, DTNA promised.
With the departure of Caterpillar from the on-highway engine market and now the demise of Sterling, it’s clear that this economic downturn is forever changing the North American trucking landscape.