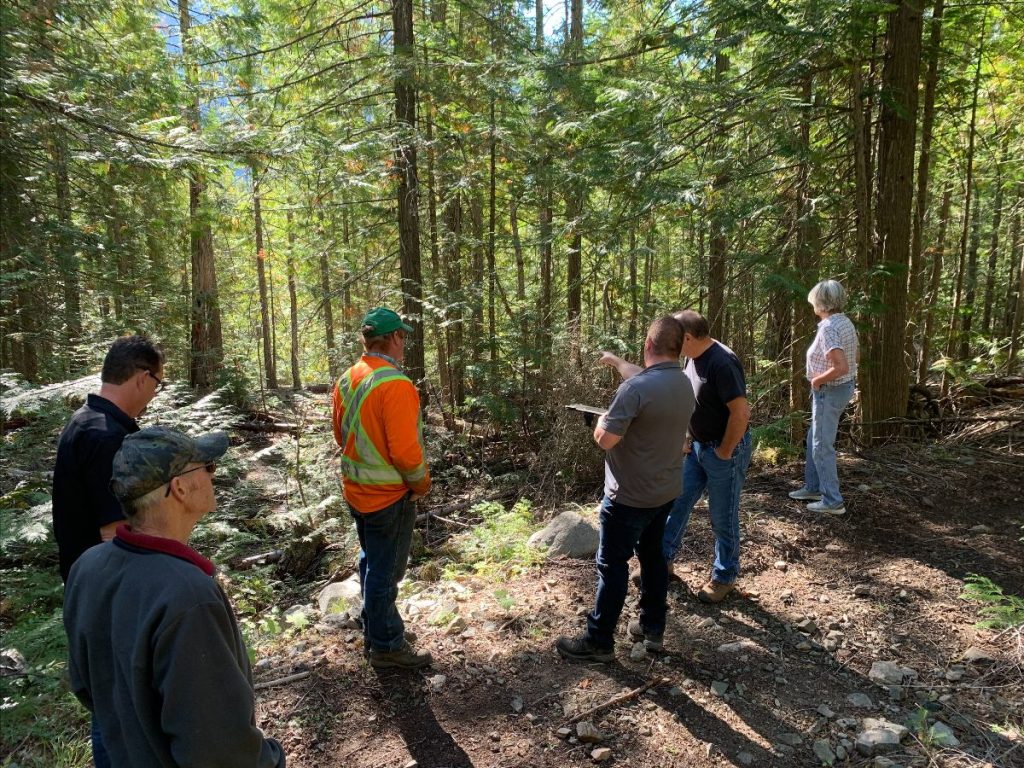 Members of the community touring the prescription with WBCF foresters. Photos: FESBC

After receiving a grant from the Forest Enhancement Society of BC (FESBC), West Boundary Community Forest (WBCF) led a project to create a fuel-treated area near a popular Boundary recreational area adjacent to Jewel Lake, while also adding recreational value to the community.

The project, which was undertaken in an area 20 minutes north of Greenwood, moved forward thanks to a $254,100 grant from FESBC on a 32-hectare area. The project has just wrapped up and has brought to the forefront what successful collaborative efforts can look like in B.C.’s forests.

“A lot of collaboration from many partners were a hallmark of this project,” said Dan Macmaster, forest manager of the WBCF. “The local residents were involved in the initial planning and the cleanup we are finishing up now. We had great support of BC Parks, Vaagen Fibre Canada, and the Osoyoos Indian Band showing what can be achieved when we work together.”

Jewel Lake Environmental Protection Society, a local society led by residents of Jewel Lake, supported the WBCF’s vision for the project, recognizing that the Community Forest’s objective was to care for the forest and protect important infrastructure, like homes, recreational trails, and camping sites.

“Dan, together with the forest professionals at Vaagen, involved the local residents of Jewel Lake in the development of their plans right from the start. They listened to our concerns, implemented many of our ideas, and led field trips when requested,” noted Jewel Lake resident, Randy Trerise. “The partial cutting treatment has reduced the fuel load in the forest, and we expect the treatment will improve the safety of our homes should a wildfire take place in the future.”

The Osoyoos Indian Band provided post-harvest treatment work, which included contributing to parts of the mechanical and manual treatment activities.

“Vaagen and the WBCF involved our Band in all aspects of planning and mitigation work. Our forestry team assisted with the manual treatments needed to ensure the area was protected in the future from a major wildfire,” noted Vern Louie, forest manager, Osoyoos Indian Band. The Band was also involved in the initial work and design of the project itself.

“It was a very strong effort by the WBCF to meet the goal to reduce the wildfire risk to the community while collaborating and addressing recreational and other aesthetic values in the forest,” noted Gord Pratt, FESBC senior manager. “From the start, it was all about collaboration and they showed openness and great leadership in realizing the important outcomes of the project.” 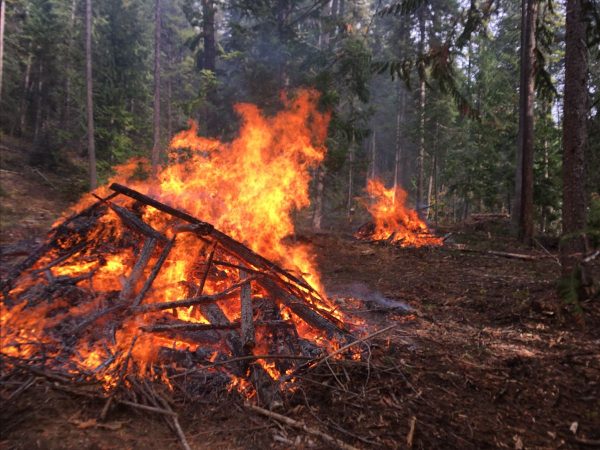 For the project itself, fuel mitigation was the key objective. Over the years, the area had seen major accumulation of blowdown and dead standing trees, increasing the risk of a wildfire spreading rapidly through the area.

“This is in an area that is on the Southern tip of our province and it’s an area of hot dry weather,” said Pratt. “The forest type in the area is very susceptible to wildfire and this project has decreased the likelihood of a devastating impact from a wildfire to the community surrounding Jewel Lake.

Another major challenge for the area was the fuel accumulation around a single access road for residents and visitors in and out of the area.

“Because of the ‘one road in, one road out’ predicament, our focus was to prioritize the reduction of wildfire risk immediately closest to the houses and the road,” said Macmaster. “By doing this work, we can buy more time for residents to get out and firefighters to come in if there is a fire. None of this would have been possible without the funding from FESBC.” 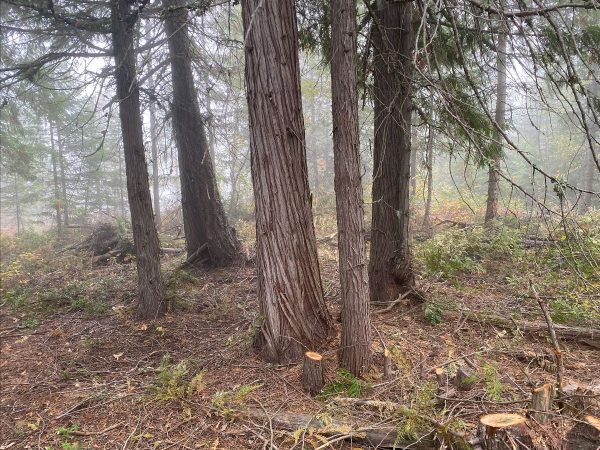 The area was also enhanced and made safer for visitors who frequent the area for camping, fishing, hiking, etc.

“In that entire area, there are all kinds of recreational trails the public cares strongly about. So, we are not only maintaining, but improving that recreational infrastructure with new trails, new signage, and interpretive signs to teach people about the local plants, trees, and wildlife,” added Macmaster.

In total, the community forest was able to remove 40 loads of small-diameter logs and pulp, which would have otherwise been burned, but instead was sold to local mills.

The project also relied heavily on the local workforce with approximately 20 people involved through all stages, a boost to the local economy.

And while the initially funded project’s objectives have been met, the WBCF will now continue maintaining the area.

“Just the sheer volume of fuel that had accumulated in the area, was why we needed FESBC to be involved, as we needed the financial support to help us clean up the area,” noted Macmaster. “We are proud that, moving forward, we will continue adding on to the work we were able to do with the FESBC funding.”