The program focuses on “the installation of proven technology that will deliver top quartile performance and improve our ability to manufacture the products that yield the best margin,” according to the company’s recently released announcement about its fourth quarter and fiscal 2015 year-end results.

To date, the company has implemented or announced $94 million dollars of manufacturing investments. The company's investments include the commissioning of its $40-million Saltair sawmill upgrade; the continued modernization of its Duke Point sawmill and planer; and installation of a timber deck at its Chemainus sawmill during Q4 2015. The Ladysmith sawmill conversion to a single line began late in the fourth quarter and was completed early in 2016, according to the report. In total, the fourth quarter strategic capital investment was $10.9 million.

Western stated that it would continue the commissioning of its recent investments at Saltair, Chemainus, Ladysmith and at the Duke Point planer in the first half of 2016. The company will take downtime at the Duke Point sawmill as it continues Phase III of its capital project at the mill. During the scheduled downtime, the company will install a new stacking and packaging line as well as optimization equipment on both head rigs.

The company also plans to start a newly approved $3-million capital project in Q1 2016 that is designed to create a more robust and detailed forest inventory through the use of LiDAR technology that will allow the company to streamline its engineering and planning process and ultimately reduce delivered log cost. Western expects the return on the project to be in excess of 30 per cent.

This investment brings the company’s total investment under the strategic capital program to $97 million. 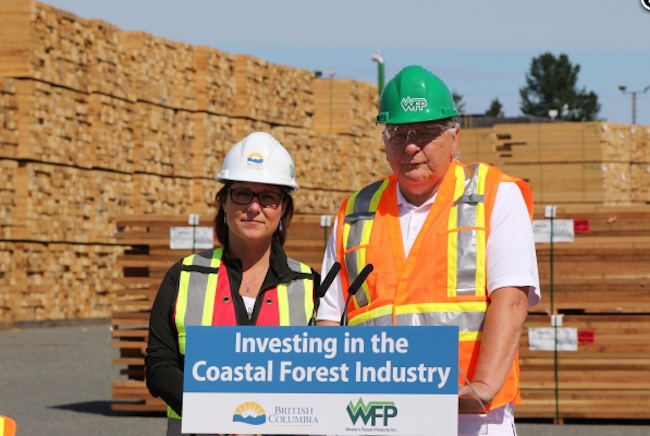