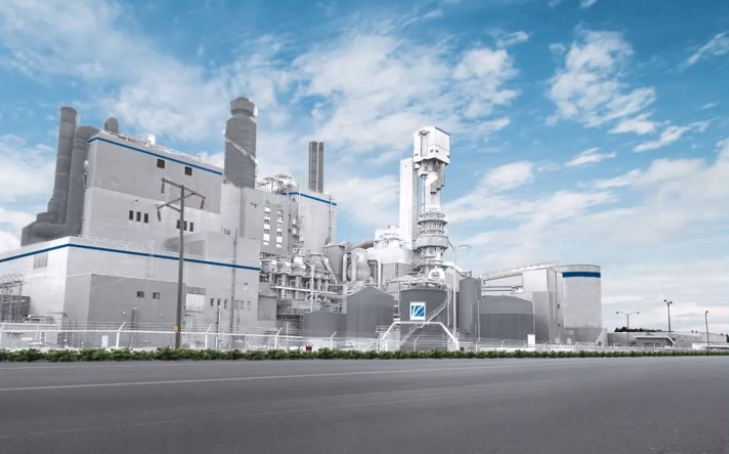 Dale Paterson, a pulp and paper consultant and chair of Northern Pulp’s environmental liaison committee (ELC), presented the company’s roadmap to the forestry industry during a July 13 webinar hosted by the Canadian Woodlands Forum and Forest Nova Scotia, and sponsored by the Canadian Wood Fibre Centre.

The “Transformation of Northern Pulp” webinar drew over 200 registrants to hear about the $350-million plan for the shuttered kraft pulp mill — a considerably higher investment than the company’s rejected 2019 proposal for a $150-million treatment facility.

“We need a market for low-quality wood in Nova Scotia in order to manage our woodlots,” said Todd Burgess, forestry outreach coordinator at Forest Nova Scotia, as he introduced the webinar. Supporting Northern Pulp’s transformation plan is a way to ensure that market survives, he said.

The plan includes a number of changes and upgrades based on feedback gathered by the ELC, a group of 14 industry, government and community representatives appointed by Northern Pulp in fall 2020 to collect stakeholder input.

After 10 months of community meetings, the ELC has identified several points of concern, including a need for transparency, trust, and leadership from the mill, as well as a need to engage First Nations. From an environmental standpoint, odour, air quality, water usage and effluent quality are issues, as are the mill’s general appearance, forestry practices, partnerships and continued community resistance to the idea of a pipeline draining in Northumberland Strait.

The new plan addresses these concerns, said Dave MacMillan, owner of MacMillan Logging and member of the ELC. He noted that he was impressed at the autonomy the ELC had to make its recommendations throughout the consultation process.

“I can tell you that probably 99 per cent of all issues and concerns we put forward, Dale has addressed in the transformation plan […] We feel that Northern has begun to listen. From my perspective as a member, there’s been a huge amount of change.”

Production at the kraft pulp mill was curtailed in January 2020 at the end of a five-year deadline to cease drainage of effluent into Boat Harbour, which is adjacent to Pictou Landing First Nation.

The Abercrombie, N.S.–based mill, which opened in 1967 and was purchased by Paper Excellence in 2011, is now in creditor protection as it awaits a provincial decision on the type of environmental assessment process it will be required to complete before its plan can be approved.

At the webinar, Paterson unveiled images that show the new Northern Pulp would not resemble the mill of the past: the state-of-the-art, repainted facility would see new siding, cleaned-up grounds with no excess or unused equipment, and minimal discharge emitting from its stacks.

The plan, developed in partnership with a third-party pulp consultant, ensures the total transformation of Northern Pulp to a low-carbon and energy-efficient operation, Paterson said.

As part of its commitment to the community, Northern Pulp plans to publish a public environmental dashboard that tracks ambient monitors, discharge from stacks and other indicators in real time. The mill would operate under the ISO 14001 environmental management system, with testing and compliance managed by an independent third party and reported to the community, government and Northern Pulp Nova Scotia Corporation.

“We strive to have an operation that is truly part of the community,” said Paterson. He noted that the company wants to build trust and reconcile with Pictou Landing First Nation, establishing partnerships through initiatives such as apprentice and professional-in-training programs, participative holdings and capacity building.

The quality of wastewater is central to the company’s plan. The first step is to improve the make-up of the wastewater before it goes to effluent treatment.

Northern Pulp wants to use oxygen delignification (i.e., introducing oxygen into the pulping system) to decrease the amount of bleaching and chemical agents required in operations by about 50 per cent.

Upgrades to the spill detection and collection system would ensure lower-content water is picked up from drains, and chemicals that pass through to the effluent treatment stage would be recovered and sent back into the process, rather than drain out with the effluent.

A spill basin located on the mill site would capture effluent that doesn’t meet the requirements to leave the premises. That basin would be large enough to hold 20 hours of effluent production, ensuring minimal risk of spill. In addition, no tank in the mill would hold more than 50 per cent capacity of the spill basin in case of catastrophic failure.

A new era for effluent

From there, the wastewater would move through primary and secondary effluent treatment using the same Activated Sludge Treatment (AST) system outlined in the mill’s previous environmental assessment application. The system would consist of a modern Moving Bed Biofilm Reactor (MBBR) followed by conventional Activated Sludge (AS).

Notably different with this plan, though, is the addition of a tertiary treatment cycle using rotating disc filters, which would pull out more inorganic materials from the effluent. Some of those solids would move to the recovery boiler to be burned, and others would go to landfill.

This tertiary treatment is a relatively new process – Northern Pulp would be the second mill in North America to use it, and the first to use it on a full-time basis. It would catapult the company into a new class of pulp mill with regard to suspended solids, colour, organic halides, biological oxygen demand (BOD) and chemical oxygen demand (COD) – there would be a 69 per cent reduction in BOD and COD alone, along with a 31 per cent reduction in total suspended solids, Paterson said.

The plan remains for the fully treated effluent to be released into Pictou Harbour, ultimately diffusing as it flows toward Northumberland Strait, Paterson said. The exact drainage location will be determined after an environmental study. Currently, the water being used to run the mill in its idled state empties into Pictou Harbour.

Paterson stressed that despite the plan for the treated effluent to empty into the harbour, there will be less water intake from Middle River, and when that water leaves the facility it will be more treated than ever before.

“We expect the wastewater from the mill to be pretty clean,” he said.

Also key to the plan is the implementation of a mill-wide water reduction and segregation system, which would reuse cooling water to prevent it from entering the effluent treatment system.

The more efficient equipment would translate to a water reduction of 45,000 m3 per day, totaling a decrease in water usage of 45 per cent.

The recovery boiler would see a “low-odour configuration,” meaning that no black liquor would come in contact with the exhaust stream from the boiler, which is what happens under the current setup to create foul smells.

Northern Pulp plans to implement a process to collect and burn the vent gases emitted from the brown stock washing process, which in the past have also contributed to the odour. A dedicated odour combustion device for concentrate and diluted off-gases would bring the odour operation to 99.9 per cent efficiency.

In order to reduce visible stack discharge, the mill plans to replace its power boiler scrubber with a wet electrostatic precipitator to ensure collection of fine particulate matter. Since the mill hasn’t used Bunker C oil for the past seven or eight years, the scrubber is no longer required for sulphur removal, Paterson said.

In 2019, the mill’s greenhouse gases emissions were 40 per cent below 1990 levels, and 92 per cent of its energy use came from renewable energy sources. The new plan promises a district heating program that would redirect excess heat produced at the mill to local communities. Paterson indicated that pending a biomass availability study, the mill may be able to increase its capacity to produce green energy to align with the Nova Scotia government’s Jul. 10 request for proposals to deliver 350MW of new renewable green energy to the province.

A future for forestry

While operational, the mill used 1.3 million tonnes of fibre per year from sources in Nova Scotia, New Brunswick and P.E.I. The plan would be to reignite those supplier relationships, with the lion’s share of fibre coming from Nova Scotia woodlot owners and the Delco sawmill in New Brunswick, said Paterson.

The mill aims to implement the recommendations of the Lahey report and maintain its forestry certifications from the Sustainable Forestry Initiative (SFI). The transformation plan will permanently protect 60,000 hectares of land, and the mill would continue to grow 5.5 million trees per year for replanting in its nursery operations.

Over the course of the summer, Northern Pulp will introduce the transformation plan to the community and collect feedback through virtual meetings, phone and in-person engagement sessions, Paterson said.

Construction of the mill would create 660 full-time positions over a two-year period, meaning if all plans receive approval according to this timeline, Northern Pulp would restart in 2025.

When open, the mill had been producing about 280,000 tonnes of kraft pulp annually, but had the capacity for 300,000. Paterson said with the new design and process, Northern Pulp expects output of finished product to creep closer to the 300,000-tonne mark.

“The changes being proposed for the Abercrombie mill are changes that will put this mill at the forefront for kraft mills in Canada, and up there for North America,” MacMillan said as he concluded the webinar. “The technologies are European-based and will rival those in first-world countries in Western Europe.”

Upon reopening, the mill would employ 330 full-time workers and maintain another 2,050 jobs in the region.

This article was originally published by Pulp & Paper Canada.