September 28, 2022  By Forest Enhancement Society of BC 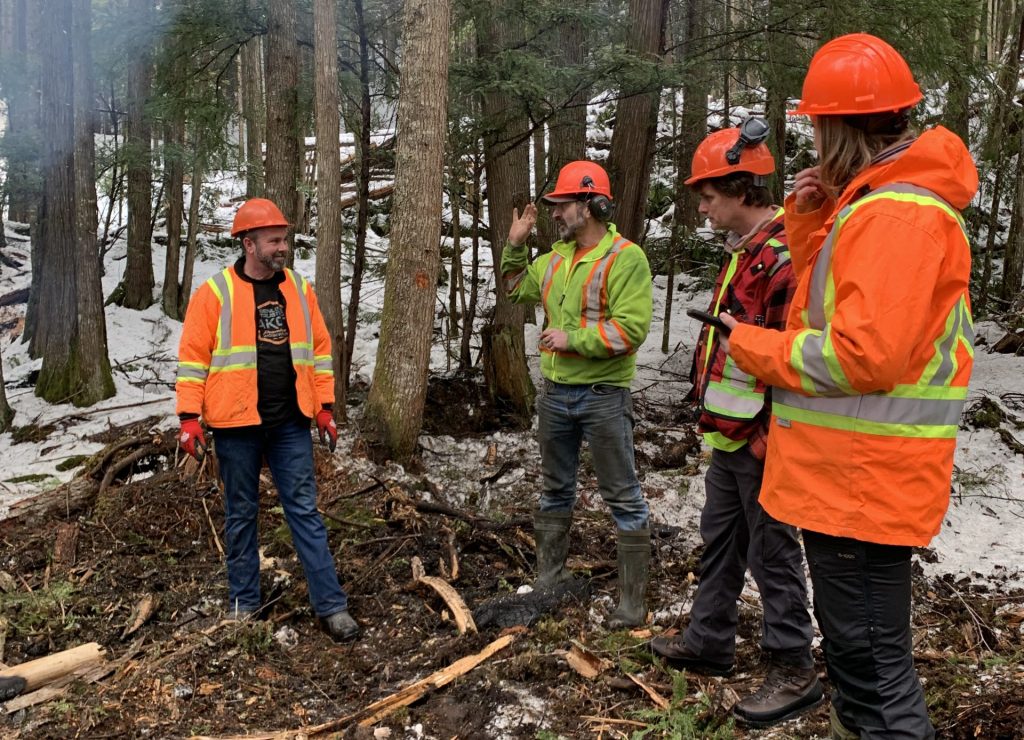 It is becoming more and more evident with every passing project that not only can a wildfire risk reduction project bring peace of mind to a community, but also has the potential for many additional benefits ranging from improving wildlife habitat to the generation of local employment. The Nakusp and Area Community Forest’s (NACFOR) wildfire risk reduction work, funded through a grant of $417,585 from the Forest Enhancement Society of BC (FESBC), is an example of this.

The goal of the project was to improve public safety and reduce the risk of catastrophic loss of infrastructure due to any future wildfires in areas with high to moderate wildfire risk, as identified in the Regional District of Central Kootenay’s (RDCK) Area ‘K’ and Nakusp 2018 Community Wildfire Protection Plans. The intention of the plan was to create a series of strategically placed fuel breaks surrounding the community of Nakusp to act as the last line of defence against an approaching wildfire.

The project, although not within the community forest tenure area but on Crown land just outside the village boundary, saw NACFOR take the lead to take on the work, with community safety at the forefront.

Gord Pratt, RPF, FESBC Senior Manager, said, “Nakusp and Area Community Forest has done an excellent job with the provided funding. NACFOR has taken their forest management role in this community to another level by delivering this project to reduce the wildfire risk for the residents of Nakusp.”

The FESBC-funded part of the project included two treatment areas – 30 hectares were completed in June 2022 and the remaining 2.2-hectare treatment unit will be completed next month, explained Frances Swan, RPF, Project Manager with NACFOR.

“There has been a very positive response to the completed treatment work and this area serves as a great example of wildfire risk reduction for Nakusp and area,” said Swan. “The project would not have happened without the FESBC funding.”

The treatments have reduced the ground and surface fuels that if ignited could lead to a crown fire, where the flames reach the top of the trees and fire can then spread rapidly. This work will reduce the fire intensity and rate of spread by reducing surface fuel loading which means decreasing stand density or thinning out the trees, plus also removing dead and dying ones. Access roads will allow for continued maintenance of the forest and improve suppression opportunities for firefighters needing to access the area along the highway.

“It complements the ongoing FireSmart initiatives as the areas are adjacent to the community and will be part of a series of strategically located treatment sites designed to defend the Village from wildfires,” explained Swan. “Our goal is to continue collaborating with the Village of Nakusp, RDCK, forest licensees and the Ministry of Forests to reduce the risk of wildfire in the Nakusp interface and surrounding communities.”

Another important outcome of the FESBC-funded project was to increase opportunities for local contractors.

“NACFOR is grateful that FESBC gave us room for flexibility on contractor selection and empowered us to do what was best for the environment and our communities. This meant we could amplify local contractors, create new opportunities and jobs, and contribute to the local economics of the community of Nakusp,” remarked Swan.

Given the flexibility in contractor selection, NACFOR expanded its pool of local contractors, allowing them to gain valuable experience in fuel management implementation, and provided several jobs locally.

“Being able to work on this project meant that local contractors were able to invest in specialized equipment and they are now prepared for any future wildfire risk reduction work,” Swan noted.

Gord Matchett, owner of Arrow Valley Excavating was one such contractor whose company saw tremendous growth because of the project. Matchett’s company was brought on to look after the work to thin the forest and help with wood fibre recovery, along with another contractor from Greenpeaks Resource Management.

“Getting the opportunity to be a part of this project was a good thing as it grew my business. I employed four people during this project; before, it was just me and now, I have a crew. I have been able to invest in specialized equipment which will come in handy in the future,” said Matchett.

For Matchett, it was important to be a part of the project as he believes in utilizing as much of waste wood and fibre as possible, instead of burning it in slash piles.

“People are starting to realize the need for wildfire risk reduction projects, and they see the value in thinning forests and cleaning the forest floor,” Matchett added.

In terms of numbers, Swan estimates a total of 480 person days worked for all projects under the FESBC funding (prescriptions and treatments) between June 2019 and June 2022. Nearly 90 per cent of the work was done with local contractors and consultants and prescriptions were developed for three treatment areas covering 200 hectares – approximately 374 football fields.

“It has been a great project, and feels good to be at the finish line,” remarked Swan.

“We all play a role in building communities that are more resilient and adaptable to a changing climate,” said Minister Conroy. “The Forest Enhancement Society of BC is a proven partner in delivering projects on the ground that protect people from wildfire risks. Their proactive work supports our vision of building a safer, more resilient future for generations to come.”