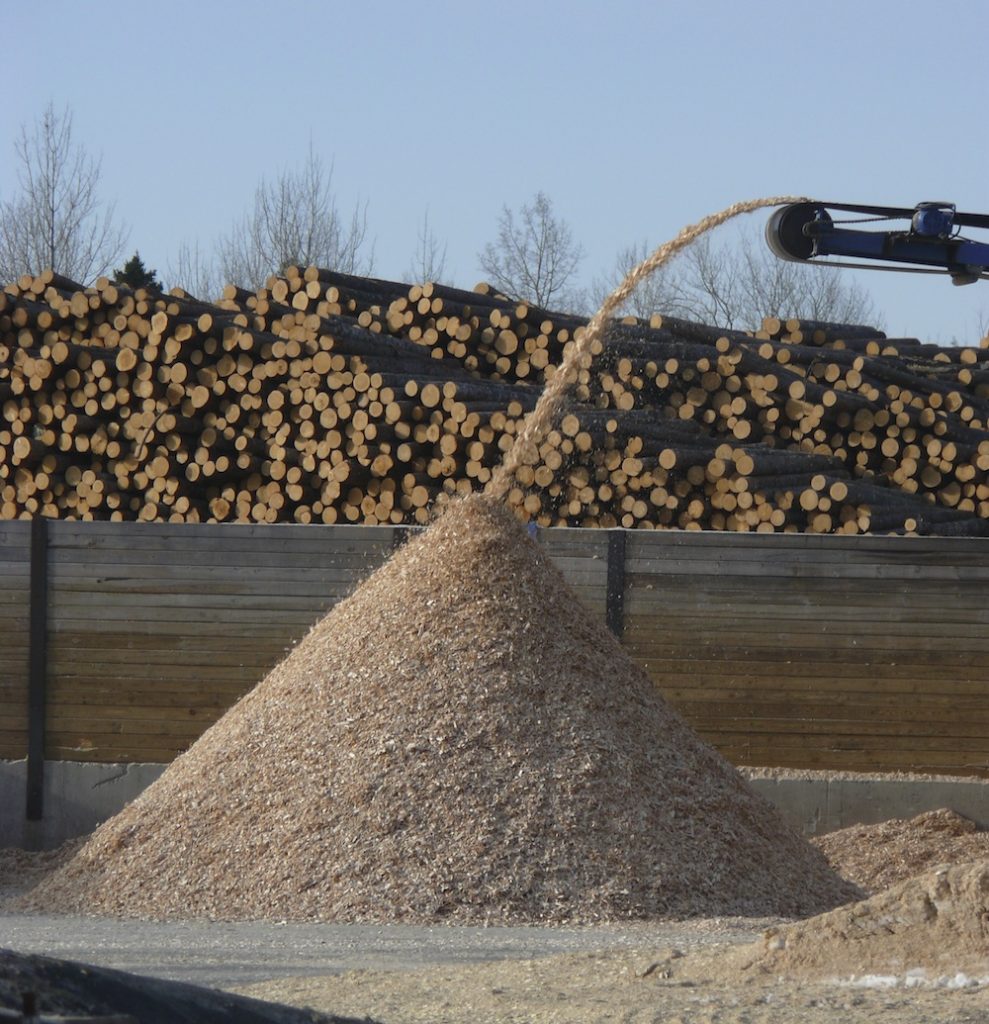 Wood fibre costs fell in most regions of North America during the first six months of 2019, with the biggest declines in Western Canada and the U.S. Northwest. Prices for pulplogs and wood chips in the U.S. South bucked the trend, with softwood fibre moving up to its highest levels in three years and hardwood fibre prices hitting an all-time-high.

Wet weather conditions in the U.S. South continued to restrain harvesting in the 2Q/19. However, pulpmill maintenance outages and falling pulp and paper product prices led to softening demand for wood fibre this quarter. The result was an easing in softwood pulplog prices from the 1Q/19. Even though hardwood pulplog pricing remained flat, the region was slowly reducing its reliance on long-distance haul supply sources, as well as finishing harvesting operations in timber stands that were purchased when rates were higher than in the 2Q/19.

With sawmills in the U.S. Northwest running at only slightly reduced production levels in the 2Q/19 due to small adjustments of U.S. lumber prices, residual chip supply remained stable. Residual chip prices dropped mainly as fibre demand diminished due to seasonal pulpmill maintenance outages. The reduced fibre consumption resulted in most pulpmills being able to build their fibre inventories going into the second half of the year. According to the North American Wood Fiber Review, most sub-regions of the Northwest saw pulplog and residue prices decline in the 2Q/19 to reach their lowest levels since early 2018.

As winter weather of snow and freezing rain continued longer into the 2Q/19 than usual, more pressure was placed on fibre buyers and their inventories. Some pulpmills reported having adequate volumes, while a few others struggled with insufficient wood supply, especially of hardwood fibre. The result was that the price for hardwood pulplogs increased nearly four per cent between the 2Q/18 and the 2Q/19, reaching its highest price seen since early 2017. The pricing for softwood pulplogs remained unchanged from the 1Q/19.

As is customary in the U.S. Northeast, the arrival of spring meant that logging contractors had to contend with muddy harvesting conditions, which prevented much fibre moving from the woods to the logging yards. Softwood fibre prices remained stable during the 2Q/19. In contrast, hardwood pulplogs edged upward to levels not seen since the 2Q/16. This price increase was due to the higher cost of reloading the pulplogs stored at the satellite yards.

In British Columbia, the average price for pulplogs fell slightly to C$51/m3 in the 2Q/19. In the Interior of the province, pulplog prices were steady because pulpmills made a push early in the year to build up their inventories before the spring breakup. Production also slowed at several pulpmills due to lower NBSK prices. In the Southwest Coastal Region, there were no significant supply or price fluctuations.

Of the three regions in Western Canada, residual chip prices in the Interior of B.C. saw the steepest decline in the 2Q/19 at six per cent q-o-q as a result of the slipping NBSK pulp prices (see more in the latest NAWFR). Wood chip prices in Coastal B.C. fell just over two per cent from the 1Q/19 and were down four per cent in Alberta.

In Eastern Ontario and Quebec, weather-dependent harvesting challenges during the winter months resulted in mediocre hardwood log inventory levels in the 2Q/19. This caused the prices for hardwood pulplogs to edge upward to levels last seen in early 2016. There was no movement in the price for residual chips in the 2Q/19. However, the opening of two new pellet mills during the second half of the year is expected to upset the current supply and demand balance and could therefore change chip prices late in 2019 or early 2020.
In the Maritime provinces, mill and pulpmill inventories remained stable during the spring thaw. Sawmills were not running hard, so the demand for sawlogs was tepid. The price for softwood pulplogs remained flat in the 2Q/19, while the price for hardwood pulplogs rose by two dollars/odmt. This price increase was primarily due to higher handling costs of moving the pulplogs from auxiliary wood yards, as well as in some cases temporary bonuses.

About the North American Wood Fiber Review (NAWFR): The newly revamped market report has tracked wood fiber markets in the US and Canada for over 35 years and it is the only publication that includes prices for sawlogs, pulpwood, wood chips and biomass for all major regions of North America. The 36-page quarterly report includes wood market updates for 15 regions on the continent in addition to the latest export statistics for sawlogs, lumber, wood pellets and wood chips. To learn more about the NAWFR, please go to www.WoodPrices.com