The organizers, exhibitors, and attendees at Wood Week 2009 in Quebec City made quite a statement in mid September, when they pulled off a three-day conference, trade show and social gathering for both traditional and emerging sectors in the forest products industry. The event included information and technology on solid wood products manufacturing, harvesting and reforestation, and, of course, biomass and bioenergy. 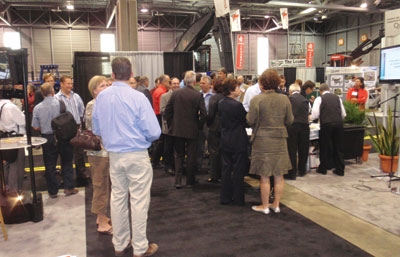 In fact, it was interest in the latter that drew many of the attendees Canadian Forest Industries staff spoke with, from sawmills looking for an outlet for future sawmill residues to shuttered plants looking for a way to start up and loggers looking for another revenue stream or market outlet for off-species. A few high-level sawmilling and pulp and paper executives even suggested that in several Canadian regions, biomass and bioenergy projects will assume some or even most of the role currently played by the traditional pulp and paper sector. “Look at the equipment you see here, in booths where you would have seen traditional gear – grinders, pellet mills, fibre dryers. Look at the number of loggers and sawmill owners looking for this sort of solution. Why? Because in some areas it’s already clear – this will be the future outlet for sawmillers and loggers looking to market lower grade material and residues, so they’re figuring it out,” is how one top-level national sawmill executive summed it up on the first day of Wood Week.

CFI spoke with organizers or their suppliers about projects in Newfoundland, Nova Scotia, New Brunswick, Quebec and Ontario, with only the show location preventing us from hearing about biomass projects in the rest of Canada. We also spoke with landowners considering an investment in high-yield, short-rotation crops. 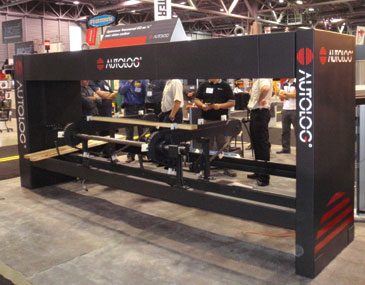 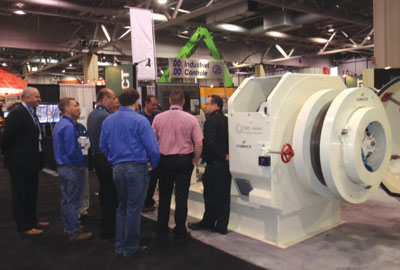 On the sawmilling and logging equipment side, suppliers were on hand, but for the most part with a lower key presence that reflects the times and limited promotion budgets. Some of the larger sawmilling displays included Autolog, Comact, DK Spec, HewSaw (ProLogic+), Inotech, and USNR, although front and centre at Comact was not the latest DDM but rather its new pellet mill line from French supplier Promill-Stolz, allowing the well-known supplier to offer turnkey pellet mills alongside that new sawline. Given the state of the industry, much of the actual sawmilling focus was on optimization and ways to get more from existing hardware, with new or upgraded systems from Autolog, HewSaw, Inotech and USNR. DK Spec featured new cutting tool technology alongside its new Timber Fox high-speed debarkers.

In addition to logging and mill yard gear from Liebherr, LogMax (Ecolog), Rocan, Sennebogen, and Tanguay, there were state-of-the-art site prep and mechanical planting systems from Silvana Import Trading. Jean-Luc Hudon, from the company’s Lac St. Jean office, says interest in the high-tech silviculture systems remains high as both government and industry are seeing the results from early adapters.

While it’s never easy to host or participate in industry events in tough markets, many attending were happy to use the venue as an opportunity to renew professional ties and exchange information after a long, quiet year. Wood Week 2010 takes place in Dolbeau, Que., next September.