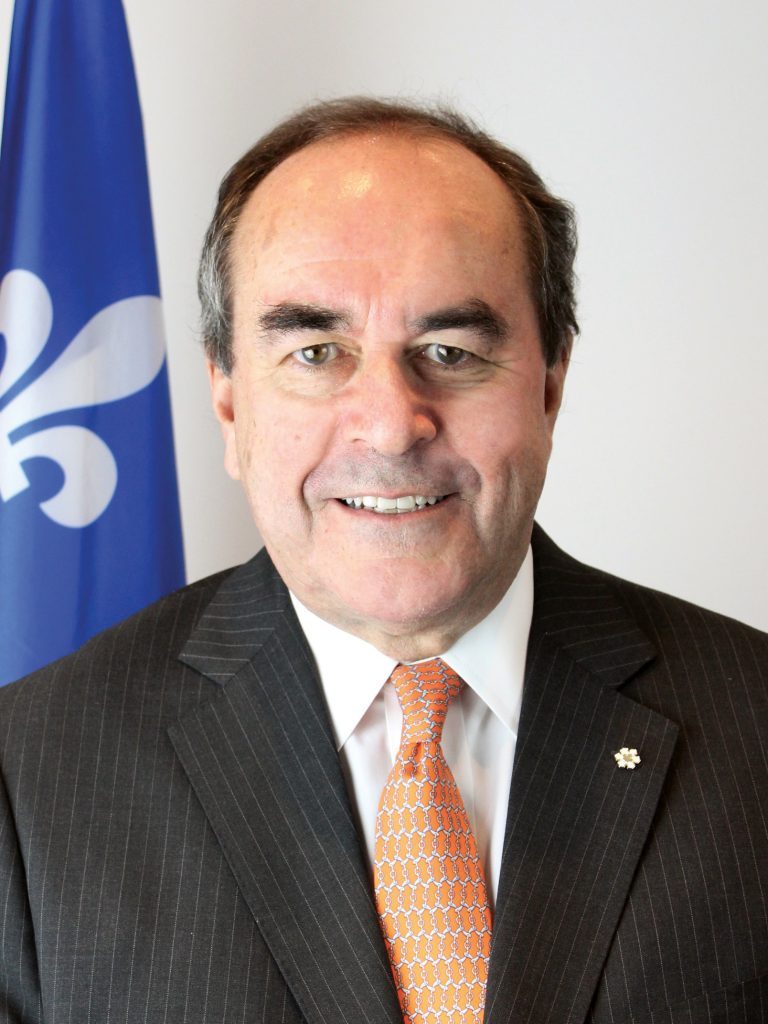 Woodrise 2019, to be held in Quebec City Sept. 30 – Oct. 4, 2019, has already unveiled a stellar program, which includes many distinguished speakers. It is with great pride that we are announcing today that Jean-François Lépine, eminent journalist and now Director of Quebec’s representations in China, will be the Master of Ceremonies.

A master of ceremonies of great distinction!

During more than 40 years, Jean-François Lépine has been a well-respected figure in the Canadian media. With a master’s degree in political science, he started a successful career as a journalist in Quebec in 1971, and later became a foreign correspondent in Beijing, Paris and Jerusalem. For more than 20 years, after he came back to Canada in 1990, he hosted several news and current affairs programs on the national television network of Radio-Canada/CBC. In 2014, he published a book, entitled “Sur la ligne de feu”, in which he related how he witnessed the major changes that occurred in the world during his journalistic career. In 2012, he became Officer of the Order of Canada.

Since January 2016, Jean-François Lépine has been Director of Quebec’s representations in China, (Beijing, Shanghai, Qingdao and Shenzhen). He and his teams are mainly involved in promoting Quebec exports to China, Quebec’s second largest export market in the world. He also coordinates political, economic, scientific, educational and cultural relations between Quebec and China. His initial three-year contract has already been extended for an additional year. Lépine is known as an outstanding international analyst and a highly respected communicator.

Only a few days left to take advantage of early registration

The registration period is in full swing for the Woodrise 2019 event, which will be held in Quebec City Sept. 30 – Oct. 4, 2019. Take advantage of the early registration rates by signing up no later than June 20.

A varied choice of technical tours and visits

Visit the Woodrise website in the Technical Visits section for details about the wide range of industrial tours and visits to wood construction buildings that participants may choose to take on Oct. 3 and 4. But don’t delay too long, as places are limited.

All plenary sessions will be offered with simultaneous translation in French, English, Japanese, and Mandarin.