June 22, 2017 - It’s February and -40C outside. You’re starting your workday long before the sun rises, deep in the forest. You will be working on roads that hardly anyone uses, especially now in the dead of winter. Most notably, you’re working alone. If anything were to go wrong, no one would know. Knowing the risks, you go out and start your day because this is your livelihood. 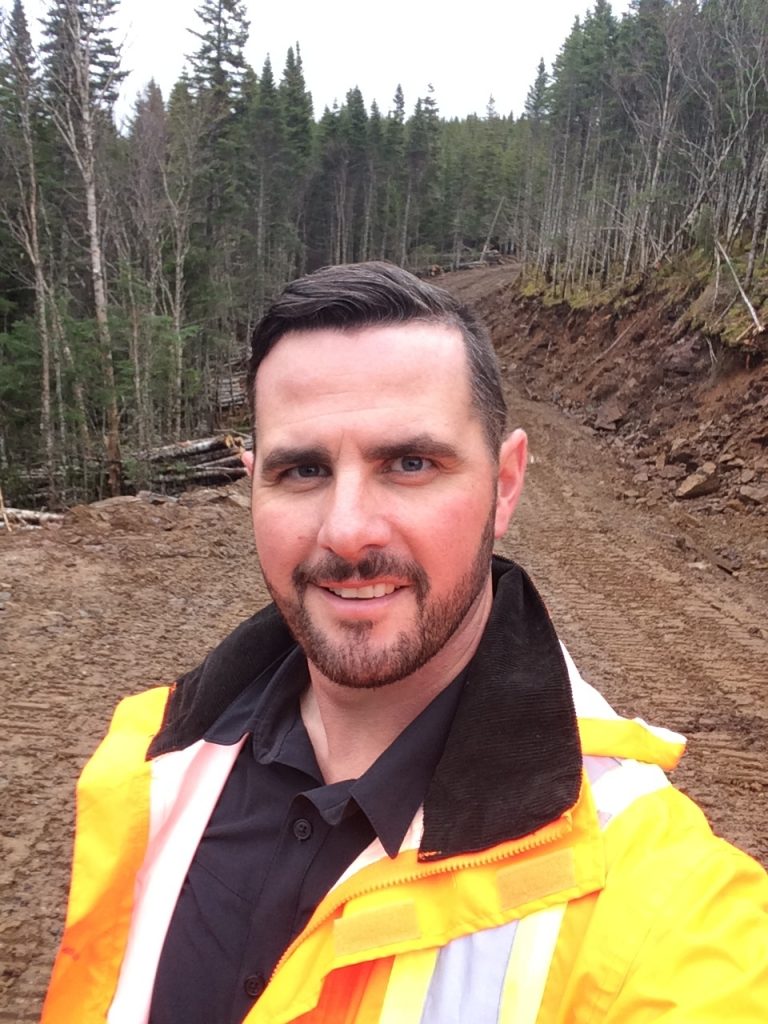 Cory Chubbs is the safety and training supervisor for the woodlands division of Corner Brook Pulp and Paper.

Now imagine the same scenario, but with some satellite technology at your disposal to keep others notified of your status and location. Wouldn’t that provide some peace of mind?

Keeping lone workers safe in remote or isolated areas is a top priority for the Corner Brook Pulp and Paper mill in the city by the same name in Newfoundland.

Cory Chubbs is the safety and training supervisor for the woodlands division of the mill, which is owned by Kruger Industrial. His role involves overseeing hired contractors harvesting wood, road-building operations and pre-commercial thinning among other things.

Chubbs says each of those roles requires staff to be out on their own in the woods, often in very isolated areas. That’s where Toronto-based satellite equipment provider Roadpost Inc.’s GeoPro technology comes in. The GeoPro satellite tracking system was designed precisely for keeping track of workers out alone. It enables users to check in with their employers via a smartphone or satellite-enabled device, like Garmin’s inReach device. Weighing 190g, it’s about as heavy as a large granny smith apple.

The inReach device is also waterproof, dustproof and impact-resistant with an internal, rechargeable lithium battery that lasts about 100 hours.

Chubbs started using inReach satellite communications technology paired with the GeoPro monitoring system when he joined the team in 2013 and says he hasn’t been disappointed since.

“We were using Spot here at the time. I went out and researched a couple of different products, and one was inReach,” Chubbs says. “I got a unit for a trial and used it with one of my senior field operators and it seemed to work really well for us.”

inReach uses the Iridium satellite network, which provides coverage from anywhere in the world.

“I find it’s a better set-up. We paid a lot more attention to working alone, reviewing our working alone policy and having a proper procedure around how to use an inReach,” he adds.

Cory Chubbs is the safety and training supervisor for the woodlands division of Corner Brook Pulp and Paper.

“From a management standpoint, it makes the person that’s responsible for that person in the woods accountable, meaning if they don’t do their two-hour check-in, they get an email or a text message saying ‘This guy has not checked in, you have to make contact with this employee.’ And they know where he is, the last place he checked in, who you’re talking about,” Chubbs says. “From an employee standpoint, the employees are in the woods and we can do this two-way communication… They can confirm that a message has been sent to us… It puts their minds more at ease.”

“Also, in the last little while, some of our guys might be four or five kilometres apart, so they’re actually talking with each other in the woods. So it gives them a sense of security there too,” he says.

Currently, there are 10 units being used by Chubbs’ team. This means 10 employees each have access to the GeoPro satellite tracking system while they’re out working alone.

Some dangers lone workers could run into without a tracking device include wildlife encounters, mechanical equipment failure or getting stranded in a snowstorm. “We’ve had all of our grader operators clearing our in-woods roads that nobody else is using in the middle of winter,” Chubbs says. “These guys are grading the roads all the time and they’re usually in four to five hours before anybody else shows up on the site. So if these guys go off the road, or anything like that at least someone will be notified. You wouldn’t want them in a snowstorm stuck with no contact.”

Chubbs says he likes being able to monitor all his employees’ activity in one place online. “When I log in I can see all my units; I can see where workers are on the island; I can see who’s using units; which ones are active… Different descriptions make different alerts. So being able to use the system online and seeing everything in front of you is definitely an advantage,” he says.

Chubbs says ensuring safety for lone workers is a big problem in many industries. Adding that work supervisors have legislative responsibilities to carry out too, especially now that safety is becoming more compliance-oriented worldwide.