For most Canadian kids, a rite of passage is learning how to drive. That normally includes getting behind the wheel of the family car for the first time and manoeuvring through the local shopping mall parking lot late in the evening, once all of the shoppers have gone home. But for Greg Stewart, it was different. He learned how to drive by tackling an obstacle course made up of lumber packages in the yard of Lakeland Mills in his hometown of Prince George, B.C. 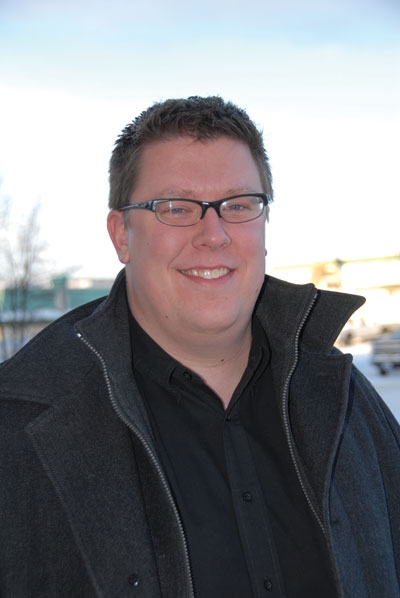 Greg Stewart For most Canadian kids

Not only did Stewart learn to drive at the local mill, but he also picked up a few ideas about sawmilling, and today those early lessons may just be paying off. He is now president of Sinclar Group Forest Products Ltd., which is a privately held company that is involved with Lakeland Mills and four other sawmill complexes, along with three value added facilities and a building systems operation in B.C.’s central interior.

Sinclar Group Forest Products, which was simply known as Sinclar Enterprises until they changed the name in 2009, has been around for almost five  decades and now employs about 500 people. Started in 1962 by Stewart’s grandfather Bob Stewart and his business partner Ivan Andersen, the company grew from being a small lumber wholesale company to a mid-sized lumber producer.

“When the company started out, they were one of about 20 wholesalers in the Prince George area,” Greg explains. “Over the years, they built up relationships with the producers and ultimately they formed partnerships with those producers, and that is how we ended up in the production side of the business.”

In addition to Greg, other family members from the Stewarts and the Andersens are still involved in Sinclar Group. They include Greg’s sister, Lisa Allen and on the Andersen side, two of Ivan Andersen’s grandchildren – Jenny Giene and Erik Andersen.

For Greg, running the company has always been his goal. He took a keen interest in the company as a teenager but left Prince George to go to university and gain some additional industry and corporate experience before returning to B.C.’s central interior to take on several positions within Sinclar Group. He wasn’t planning on taking over the role of running the company this early, but circumstances dictated otherwise and when the president’s position became vacant in January 2009, he says a supportive group of directors provided him with the opportunity to take over the top job.

Opportunity Knocks
2009 was of course a tough time to step into a lumber company, but being optimistic by nature, Greg says the downturn for some, meant opportunities for others. “We have long term relationships with many of our customers and they continued to buy lumber, but the downturn and other factors such as the softwood lumber agreement with the United States forced some other producers to change their markets and that opened the door for us to build relationships with customers we were not serving.”

Looking forward, Greg says he sees lumber prices continuing to rise, but he also cautions that “we are still in for a period of volatility.” He does add that he isn’t expecting to see the lows we have experienced over the past few years, but he says we really need U.S. housing starts to top one million annually before we get back to the robust market we depend on.

“I think it is going to take three years before we get back to what we consider normal,” Greg explains. “It’s going to take that long and in that time, we are going to have to continue to produce quality products and we are going to have to continue to develop and build partnerships with our customers.”
Careful and conservative capital investment is also part of the plan at Sinclar Group Forest Products. “We need to invest in our mills and look at ways to improve,” Greg says. “That has always been our approach, but we need to have some payback assurances on the investments we make and we need to look at ways to increase revenues while reducing costs.”

Power Smart
A major cost reduction program for Sinclar Group Forest Products has been the BC Hydro Power Smart program. Greg estimates the company has reduced its electricity consumption by 25% since 2009, mainly through initiatives such as the identification and elimination of air leaks and general employee awareness. The efforts didn’t go unnoticed and in late 2010, the company was named BC Hydro Power Smart Leader, the power company’s highest level of customer recognition.

“We entered into a partnership with the Power Smart team at BC Hydro knowing that energy consumption constituted a significant financial risk,” explains  Sinclar’s energy manager Eldred Radhko. “The energy champions at each of our mills really took ownership of this program, they drove the projects. We were so successful in reaching our initial two-year energy reduction target of 15% that we’ve decided to double the two-year target and we’re already well on our way to reaching it.”

Sinclar Group developed energy maps to identify how each of their facilities uses energy. Then they developed rigorous monitoring, tracking and reporting systems to ensure accountability.

Not satisfied with their initial energy management assessment, they made improvements. On their second assessment, they scored three stars on BC Hydro’s One-2-Five Energy Diagnostic. They are one of only two companies in the forest sector to score three stars.

“There is of course a financial component to the BC Hydro program, but we also feel socially that it  is the right thing to do,” Greg adds. “We take a lot of pride in conserving that energy and being able to use it elsewhere.”

Greg also notes that they couldn’t do these types of projects and wouldn’t be as successful as they are without the right team of people. “We have been able to do everything we have done and we have survived through this downturn because of our people. It’s the care and attention our employees put into the products we produce, the fact that they develop and bring forward ideas for improvements in our mills and work flows, and that they are engaged.”