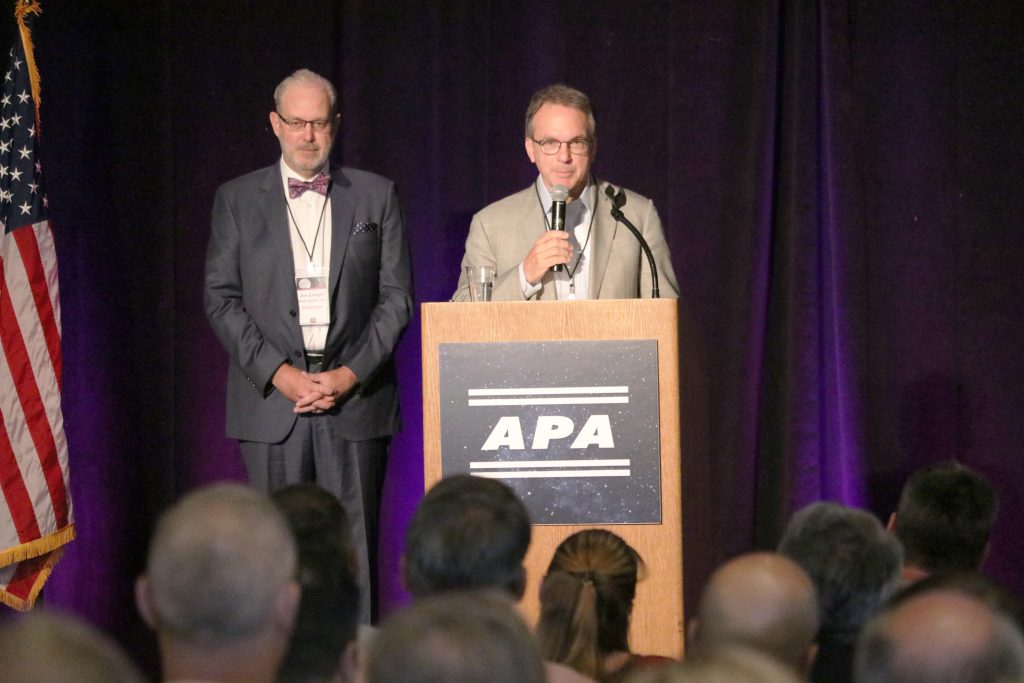 Mike Dawson has been named as the 2019 Bronson J. Lewis honouree. Now in its 14th year, the Bronson Lewis award recognizes individuals for their leadership and outstanding contribution to our industry. It is named for the late Bronson Lewis, who served for 24 years as secretary and then executive vice president of APA – The Engineered Wood Association.

Dawson, former senior vice president of sales, marketing and logistics for Norbord, spent his 30-plus-year career in the wood products industry, starting as a forest sales rep for Noranda Aluminum. Throughout his career, he has been a champion for the engineered wood industry.

Dawson is known for his passion and dedication in promoting wood products and his strategic thinking and calm demeanour in transitioning through difficult economic cycles.

Besides his work on behalf of Norbord, his contributions and service to the engineered wood products industry include terms on the APA Board of Trustees as chair of the Marketing Advisory Committee and an active committee member for many years, the American Wood Council Board of Directors for five years and also as an adviser to the WoodWorks Board of Directors.

The recognition was announced at APA’s annual meeting Nov. 2-5 in Tucson, Ar.