Jan. 23, 2018 - Bandit Industries has added an additional option to The Beast horizontal grinder lineup by introducing the Model 2460XP.

Available as a towable or track machine, the Model 2460XP is a machine built from the ground up to outperform every other horizontal grinder in its class.

“We looked at everything when designing the Model 2460XP. Every design decision, every standard feature, and every option was chosen to make this the most productive horizontal grinder with 520 horsepower,” said Bandit sales manager Jason Morey. “Anyone who sees the 2460XP in action will be able to immediately see what makes this unit so special.”

Special attention was paid to making the 2460XP among the easiest horizontal grinders to service and maintain. Common maintenance items were designed to be accessible from either the ground or on built-in platforms. This reduces maintenance downtime and increases the useful uptime.

“Key to any of The Beast horizontal grinders is the patented downturning cuttermill,” Morey said. “The 2460XP is equipped with a 60” wide by 30” diameter, 30-tooth cuttermill running Bandit’s patented saw-tooth style cutterbodies. This regulates the size of the tooth’s bite, so most of the material is sized on the initial cut, allowing material to be sized correctly on the first pass so it exits the larger screening area more quickly.”

For the tracked 2460XP, Bandit offers Strickland and Caterpillar, giving customers an additional option for their track machines. 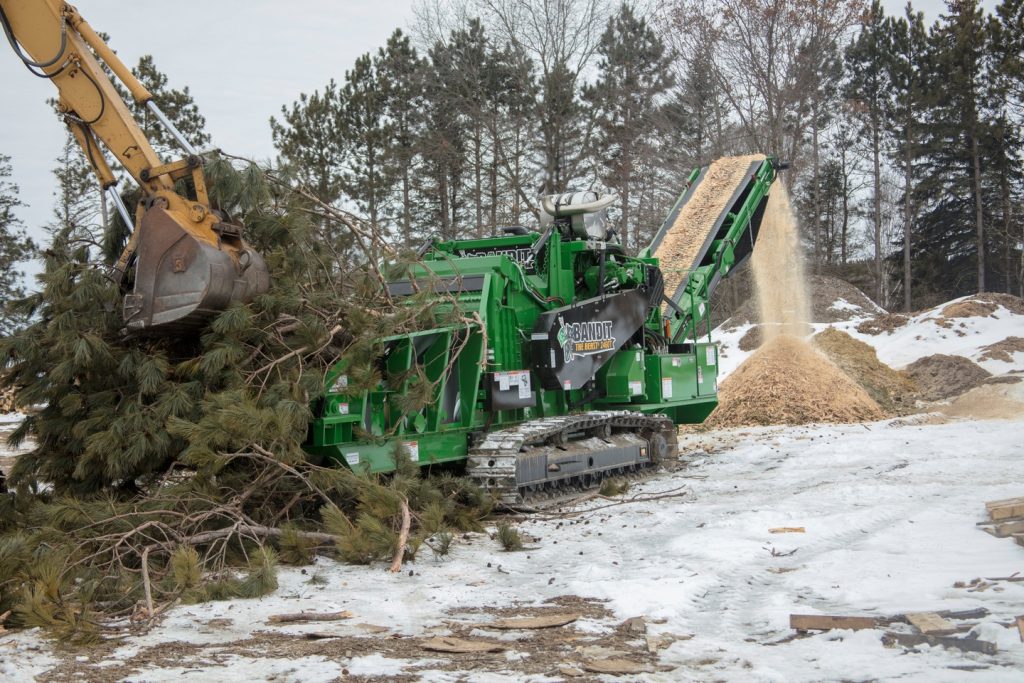