Prices of benchmark softwood lumber items, like standard grade #2&Btr R/L stayed mostly flat last week — particularly on the west side — as customer demand flowed into other items. There was quite a pop in #3/Utility grade and #4/Economy prices across all species and sizes, as well as a rise in Western and Eastern Spruce-Pine-Fir straight-lengths — especially for the 2×6 dimension. Delayed delivery times continued to put a real crimp in supply; at this point, operators don’t even know when, or if, their rail cars are going to arrive. While the urgency of booking orders seemed to have eased, many speculate that this was just a temporary easing. Expectations are that the “big buy” for lumber in advance of spring is not yet over. 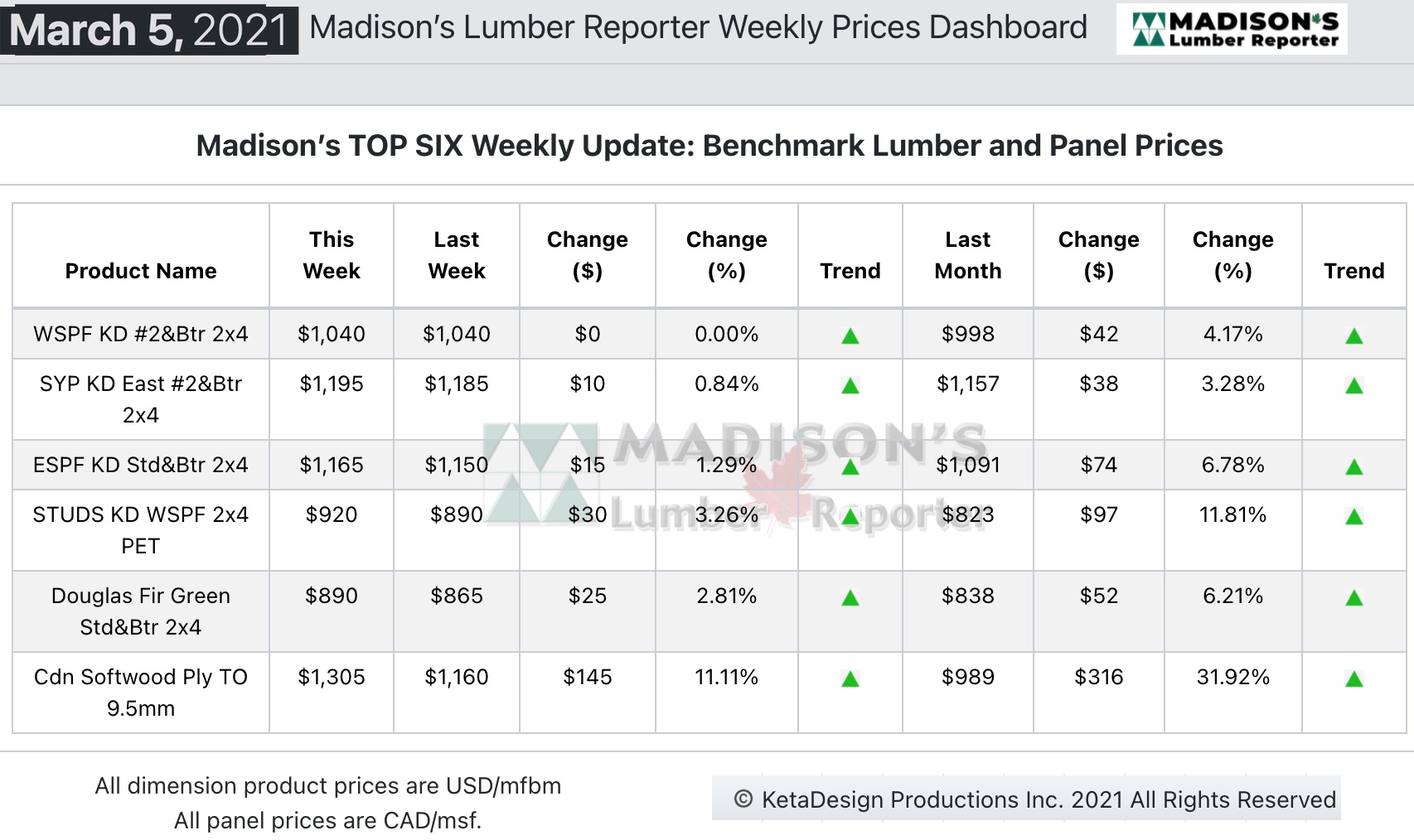 For the week ending March 5, U.S. Western S-P-F sawmills maintained two to four week order files. Availability of transportation equipment was a constant bottleneck for suppliers, with complaints coming from all over about delayed rail cars and limited trucks and drivers.

The upward trend was on display again for Canadian Western S-P-F commodities, especially in 2×6 and wider. Prices of low grade also climbed again, though producers noted a seeming plateau in demand for those items. Producers sold into the week of March 29, but transportation issues pushed delivery at least two weeks further out. Log supply was in comparatively good shape after frigid weather froze much of the interior region of B.C. Producers were in the process of getting their decks ready for spring breakup. 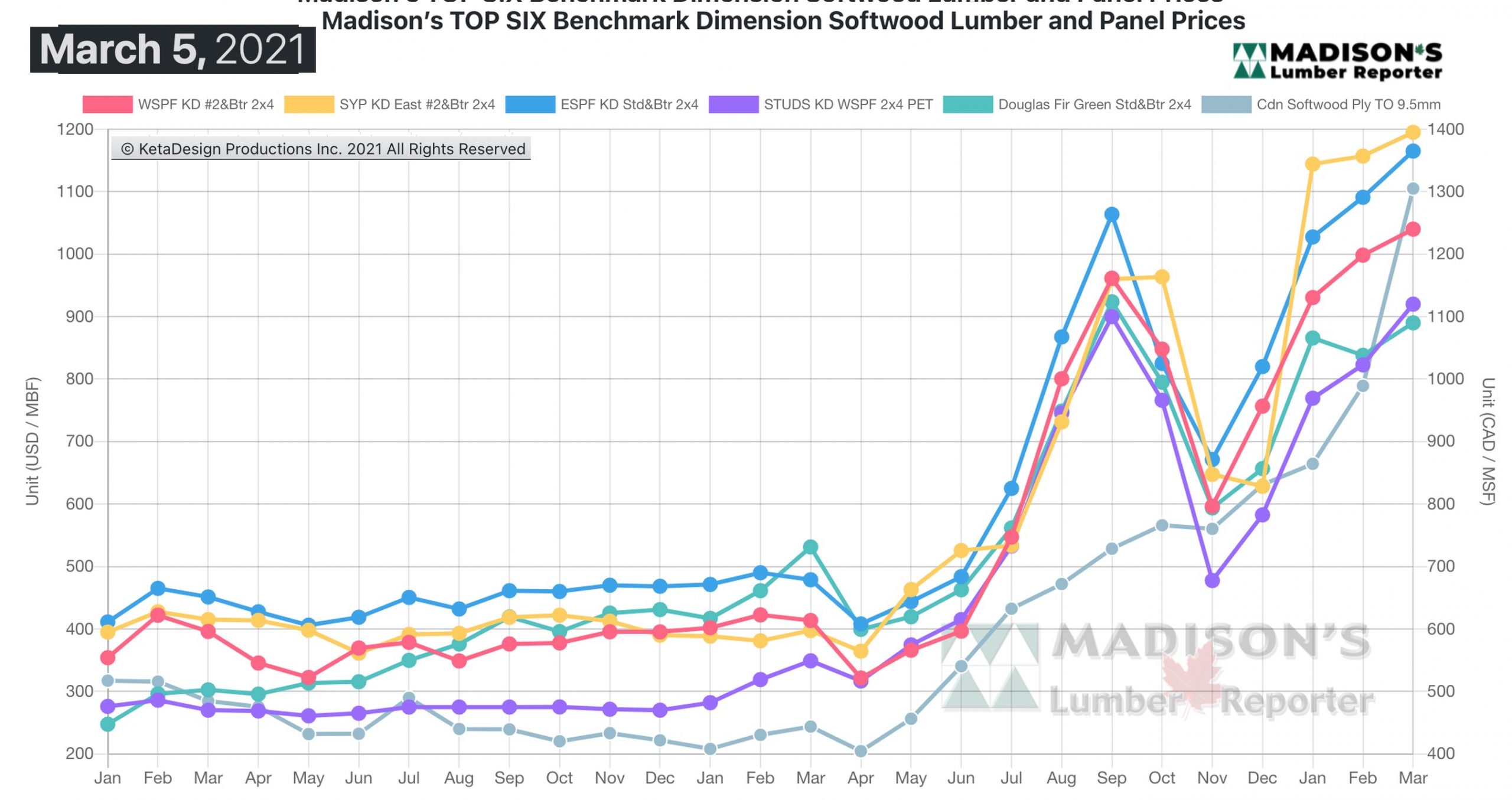 “Demand in Eastern Canada was strong again according to Eastern S-P-F dealers. Buyers tried to push back against advancing prices but there were too many folks who needed product with a desperation. Sawmills boosted their asking prices into both the Great Lakes and Toronto markets as their order files stretched into the first half of April. Builders voiced their mounting concerns about supply shortages and delays of virtually every manufactured product under the sun.” — Madison’s Lumber Reporter