April 26, 2013, Vernon, B.C. – The Interior Logging Association wants contractors in British Columbia to recognize the factors that will affect the industry in both the near and distant future.

The discussion was led by the keynote address of Dave Peterson, chief forester for the British Columbia Ministry of Forests, Lands & Natural Resource Operations, at the 55th annual ILA AGM and convention held in Vernon, B.C., April 25 to 27.

Speaking to the issues affecting foresters in British Columbia right now, Peterson stated that 53 per cent of the lodge pole pine in the province has been killed by the Mountain Pine Beetle epidemic. By the end of 2020, when the last of the beetle is expected to die off in the province, that number is likely to grow to 58 per cent..

But the long-term impact of the Mountain Pine Beetle destruction is not the other long-term issue that needs to be top of mind for logging contractors. There is a bigger issue on the horizon that Peterson suggests needs the attention of the forest industry right now.

"The biggest challenge facing us right now is the forest's ability to adapt to the changing climate," said Peterson.

The changing climate is causing less predictable seasonal temperature conditions, more severe storm activity, and uncommon precipitation levels. As a result, the trees that may currently flourish in today's weather conditions may not be the same at the end of the life cycle for the trees planted today. That will also impact the current silviculture practices used by the industry in the region.

Peterson stated that there is currently a group of researchers working to collect data to better assist the forest industry in B.C., helping the industry to understand what steps must be taken to continue to provide the province with a sustainable forest sector.

For a full report on the ILA AGM and Convention, be sure to check out the May/June edition of Canadian Forest Industries magazine. 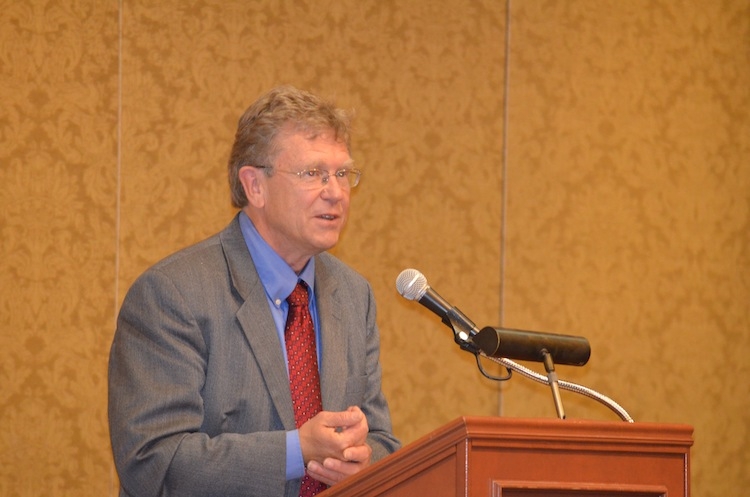