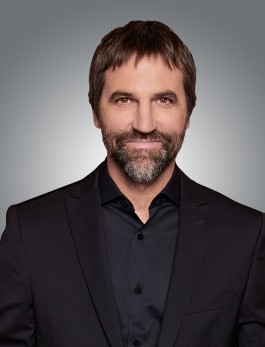 Canada and nearly 200 other countries have reached an agreement on the Sharm el-Sheikh Implementation Plan, the next step forward for climate ambition under the Paris Agreement, at today’s conclusion of the United Nations Climate Change Conference of Parties (COP 27) in Sharm el Sheikh, Egypt.

“This outcome from the 27th UN Climate Conference went down to the wire. Over the last few days, Canada worked hard to achieve improvements in the final decision text, rallying together with developed and developing nations for a deal that all countries could get behind. We leave Egypt with an outcome that keeps the target of 1.5 alive and supports the world’s most vulnerable, landing a historic deal on loss and damage,” said Minister of Environment and Climate Change Steven Guilbeault.

Below is the rest of his statement:

“The process has been challenging with many difficult points in the negotiation along the way. Early versions of the decision text undermined the ambition of the Paris Agreement and failed to reflect and build on the ambition and alignment reached by all parties just one year ago in Glasgow. This made no sense. Canada’s position was steadfast: the latest science says that we need to limit temperature increases to 1.5 degrees in order to avert the worst consequences of climate change, and that countries need to be accelerating their climate mitigation efforts, and we must not backslide. This is exactly what we are doing at home with our sector-by-sector Emissions Reduction Plan. With the help of many like-minded countries, we successfully prevented any backslide, but I am disappointed we were unable to get any further than that.

“Canada came to COP 27 having laid the groundwork for a robust discussion on loss and damage, pushing to ensure it was an agenda item, something that has never happened in the three decades of COP. Today, we have achieved a historic result for the creation of a fund for assisting developing countries that are particularly vulnerable in responding to loss and damage that are caused by the adverse effects of climate change. Countries must now carry this momentum into the work needed to set this fund up so that it delivers for the world’s most vulnerable and draws from expanded sources of funding, including all countries who have the capacity to contribute as well as multilateral, philanthropic, private and other innovative sources of finance.

“Canada also fought hard so that the world did not backslide on the phasing out of fossil fuel subsidies and coal, still the single largest sources of CO2 emissions. Canada reiterated our commitment to phase out fossil fuel subsidies by 2023, two years earlier than the G20 commitment. We are also on track to eliminate coal-fired energy at home by 2030. During a global energy crisis, we are more committed than ever to support the global transition to cleaner, renewable forms of energy, by transitioning away from our dependency on fossil fuels.

“I am also pleased that for the first time ever, the cover text calls on multilateral development banks and financial institutions to reform their practices, ensure greater access to climate finance and develop operational models to adequately address the global climate emergency.

“Canada would have liked to have seen stronger references to human rights and the rights of Indigenous Peoples and to the importance of traditional knowledge in achieving climate ambition. Canada will continue to reinforce the importance of a rights-based approach to climate action around the world.

“COP 27 has shown us that the world can achieve progress even during very challenging times. We will keep up the momentum as we head to the UN Biodiversity COP 15 in Montréal next month and rally for ambitious commitments to protect our natural world.”