Forestry workers in the east and west are facing layoffs, bankruptcy. 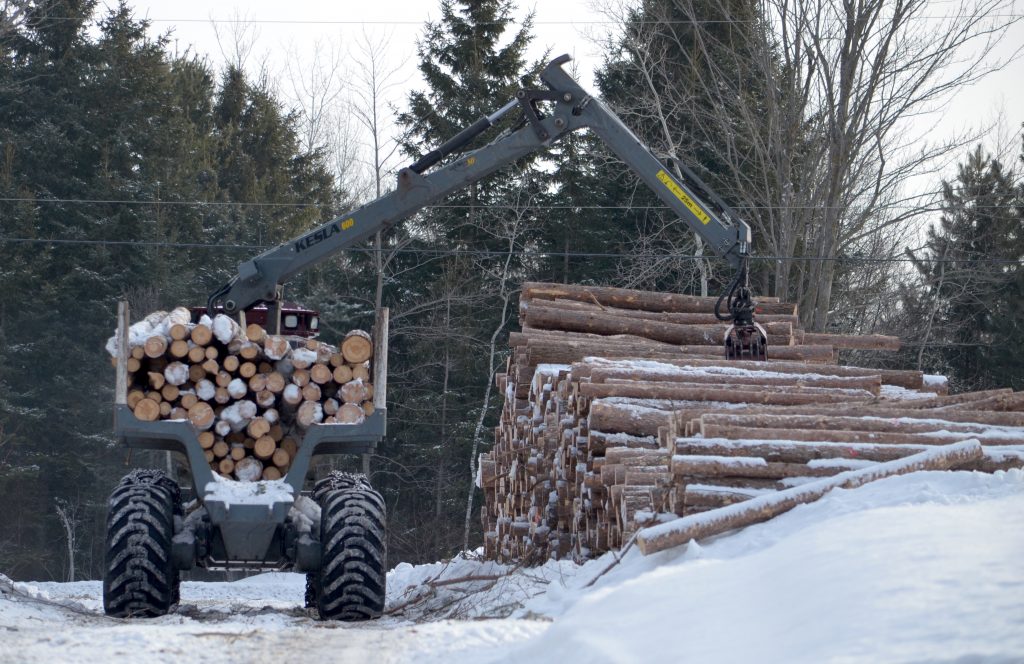 The new decade is off to a dismal start for Canada’s coastal forestry workers, both in the west and now the east.

While B.C.’s forestry woes have been top of mind over the past year, Nova Scotia quickly took the front page in January with the looming closure of Northern Pulp – a central player in the province’s forestry economy.

The pulp mill, owned by Paper Excellence, is scheduled to close at the end of the month to uphold a government-mandated deadline to stop diverting effluent into Pictou County’s Boat Harbour. Without a government-approved alternative in place, the company said in December it will shut down operations.

The ripple effect of the closure on the province’s forestry community will be massive.

The Nova Scotia government’s efforts to patch the wound have so far been limited to a $50-million forestry transition fund, and an eight-person transition team of government and industry members to determine how to support the forestry sector.

Shortly after the team members were announced in early January, one of its members, Elmsdale Lumber Company president Robin Wilber, told media he supported the option of hot idling the pulp mill in the hopes of reopening with a new treatment facility in the future.

“There’s of course thousands of jobs in the province at stake, and I know jobs are important, but the bigger story that hasn’t come out and it will over the next while is that the 30,000-plus woodlot owners in the province have just lost 30-50 per cent of the value of their land and their timber resources,” Wilber told SaltWire Networks.

In a surprising move, the Nova Scotia government axed Wilber from the transition team following his statements.

Wilber’s canning didn’t stop two other transition team members from underlining the gravity of the situation to media. Both Greg Watson, manager of North Nova Forest Owners Co-op, and Jeff Bishop, executive director of Forest Nova Scotia, told CBC News that time is running out for the province’s logging contractors and sawmill operators to find new markets for their fibre to keep equipment running and employees working.

“We know folks are struggling to figure out where the next payments for those machines will come from for their business and [asking] is it easier to park it, is it easier to put it up for sale or auction and walk away,” Bishop told CBC.

B.C.’s industry leaders have been saying the same thing for nearly a year, with contractors watching anxiously as mill after mill took weeks of downtime and others shut down indefinitely. At last count, nine operations closed across the province. For some contractors, walking away became the only option.

In the 2020 global lumber outlook report, contributor Russ Taylor with FEA Canada paints a grim picture for B.C. in the coming years.

“Canada’s production will continue to be impacted by U.S. import duties, as well as timber supply reductions and mill closures in B.C., so output is anticipated to rise modestly by less than 1 per cent in each of 2020 and 2021,” Taylor writes.

I generally try to include some positivity in my editorials, but it’s difficult to be optimistic about what B.C. and Nova Scotia’s forest industries will look like on the other side of these shakeups. It’s clear many livelihoods will be sacrificed as a result of growing – or in this case shrinking – pains.

We can only hope for speedy and effective decisions from those in charge of shaping the future of the forest industries in these two coastal provinces. We need our people working and our forests sustainably managed.


Related
Mill closures could be on the horizon with less annual allowable cut
Inside Nechako Lumber and Premium Pellet in Vanderhoof
2018 Contractor Survey: Regional View – BC Interior
Inside FraserWood’s timber products operation in Squamish