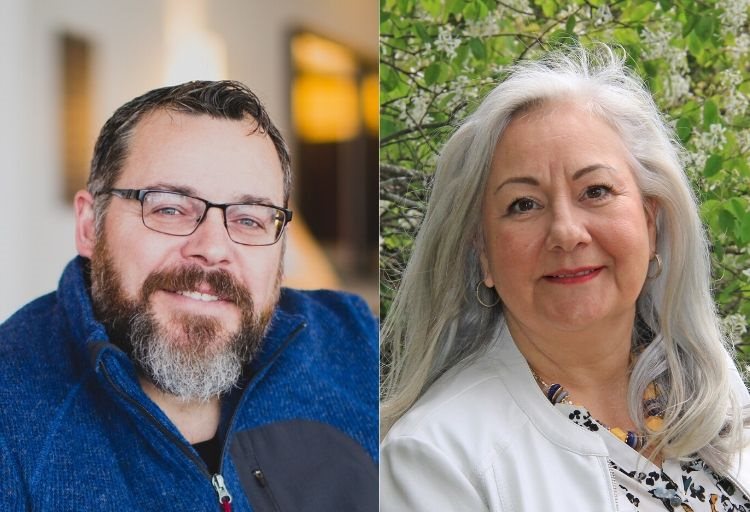 FSC Board Chair, Wahkohtowin General Manager and member of the Matachewan First Nation in Ontario, David Flood, and FSC board member and political and social activist of Algonquin descent, Lorraine Rekmans.

One year ago, FSC introduced a new national standard for responsible forest management – a commitment to ensuring Canada’s forests meet the social, ecological and economic needs of present and future generations. Those needs are no more paramount than those of our Indigenous Peoples, who are still fighting for inclusion in decisions around the use of their traditional territory – and who are still held back by systemic racism that persists to this day.

Forests are interwoven into the fabric of Indigenous communities, who have relied upon them for food, medicine, homes and spiritual and cultural values well before the word “Canada” emerged. Later, forests would hint at economic opportunities for First Nations communities – yet these communities have remained on the margins of progress and profit, long excluded from the conversation.

In recognition of National Indigenous Peoples Day, we must acknowledge where we’ve come from, and how far we need to go to build purposeful, long-term relationships with the 1.6 million Indigenous Peoples in this country – 70 per cent of whom live in or near forests. FSC’s new forest management standard enhances and clarifies the deep-rooted need for Free, Prior and Informed Consent (a key requirement of international human right laws), and compels all stakeholders to uphold these rights. While the work doesn’t stop here, it marks an important step forward to meaningful change.

Indigenous Peoples have been largely relegated to the margins in underpaid, labour- intensive forestry roles, unable to establish mills and harvesting companies or organize to obtain tenure of the land.

“It’s been a slow change from policies of extinguishment and exclusion to coexistence approaches for Indigenous interests in forest enterprise,” says David Flood, a member of Matachewan First Nation in Ontario and board chair of FSC Canada. “Historically, provinces have simply failed to take on responsibility in consultations and negotiations with Indigenous groups.”

Even before Confederation, Canada signed treaties to co-exist with Indigenous Peoples – though it was a drawn out, arduous march through the courts to have these treaty obligations held up. In 2014, the Supreme Court recognized the title and sovereignty of Indigenous Peoples for the first time; since then, members of Indigenous communities have held high expectations for actual nation-by-nation change toward greater prosperity.

“Yet the reality is that our communities haven’t had the resources and infrastructure to enter the discussions they’ve been left out of for decades,” says Lorraine Rekmans, an FSC board member of Algonquin descent who is highly engaged in political and social activism. “Most communities simply don’t have a forestry unit or technician. So they have no avenue to engage in forest management decisions.”

FSC has, since its inception, been committed to the goal of creating forest certification requirements that yield tangible benefits to Indigenous Peoples and the sector as a whole. In addition to “Principle 3” — which identifies and upholds Indigenous Peoples’ legal and customary rights to own, use, and manage land, territories and resources affected by forestry activities across the globe — FSC Canada specifically established a unique fourth “chamber” for Indigenous Peoples in 1993, adding to its existing social, environmental and economic chambers.

From there, FSC worked to bring its new 2019 standard to fruition, leveraging six years of consultation with all stakeholders to achieve unified Canada-wide expectations on forestry management. Along with clear guidance around Free, Prior and Informed Consent, it features indicators in Principle 3 that are building blocks to show how industry can specifically uphold Indigenous rights, compelling industry to treat nations with respect in the direct agreement process.

“Importantly, it reveals where the biggest gaps are across this nation when it comes to Indigenous communities helping achieve sustainable forest management for their homelands,” says David. “We can’t wait decades more for fundamental change. The new standard represents a full step forward, never mind learning to crawl and walk first – we can run!”

There exists today an urgent opportunity for all forestry stakeholders to raise awareness of Indigenous Peoples rights and interest in forest policy. Lorraine says that begins with listening to these communities, understanding their history with the land and inherent respect for the environment.

“By doing so, by always having an open door to the Indigenous Peoples, we all benefit in the long run,” she says.

That same conversation, she says, must flow in the opposite direction, as First Nations communities who exist in (or near) FSC-certified forests need to understand the benefits they derive from such efforts as the standard. To that end, FSC seeks to build broader awareness-building across over 150 such communities so they can leverage the new standard toward greater economic prosperity.

Meanwhile, the time is now to advocate at all levels for the forest rights of Indigenous Peoples – particularly at the provincial level where governments have been slow to make real accommodations.

“FSC has a large sphere of influence among industrial partners, the federal government and other funding agencies, and can be a huge ally to Indigenous Peoples,” Lorraine says. “And while there is major work to be done in this sector, FSC has brought Indigenous rights and titles to the forefront of forestry practice, and will push governments to follow suit with respect and honour for these communities.”

Take, for example, the proposed amalgamation of Ontario’s the towns of Chapleau, Dubreuville and Wawa, which has a new carbon management.

“A collaboration like this wouldn’t have happened ten years ago,” David Flood says. “In lieu of government support, here are citizens, industry and towns working together because they know they’re all in the same boat. We all live and breathe and play in the same forests. We are stronger together in building the right future, and advocating for what’s needed.”

With new partnerships like this, built by all forest shareholders, Indigenous communities are beginning to access the resources they need to grow their voice in the nationwide conversations about how we keep forests for all, forever. While it’s a promising start, there is a lot of work to be done, as only about 40 communities – out of more than 630 across Canada – currently have an actual lands and resource department.

Lorraine says she is encouraged that civil society is working together to champion Principle 3 and Indigenous rights in this area. “It’s not only the right thing to do, but it’s a necessary thing to do,” she says. “We have hundreds of years to catch up on.”

Martel-Magpie Forest near forest management plan underway. A unified board is in place, comprised of First Nations members, industry players, and municipalities – all whose livelihood is tied to the forests. Under the FSC certified umbrella, they are set to push for real change in sustainability, advocating for Ontario to upload its duty to provide resourced consultation, and taking aim at climate change through