July 31, 2017 - The Forest Stewardship Council (FSC) Canada, the leading independent certifier of forest management practices, is pleased the federal government has issued a draft action plan to support Canada's boreal caribou population, but believes the plan must do more to encourage better responsible forest management practices as a vital element to protecting caribou and other species at risk.

FSC Canada will consider submitting formal comments on the plan as part of the government's public consultation process, issued on July 27, 2017.

"Plans to help species at risk, such as the woodland caribou, cannot be made in isolation to the overall needs for responsible management of our forests," said François Dufresne, president of FSC Canada. "We need to ensure more of our forests are managed to the standards that not only protect wildlife but do so while also meeting our economic, social and environmental needs, as well as those of Indigenous Peoples for generations to come. The revised new FSC standards for Canada have been developed to achieve just that."

FSC Canada is concerned with the recent report by the Canadian Parks and Wilderness Society (CPAWS) that documents how Canada is lagging behind in meeting its commitments under the United Nations Convention on Biodiversity. FSC believes that current forest management practices hinder Canada meeting biodiversity targets set for 2020.

Roughly 20 per cent, representing 55 million hectares, of the managed forest area in Canada is FSC certified. But irresponsible forestry can be a major threat. If all of that activity was required to meet FSC standards, that risk would be greatly mitigated, including protecting species at risk such as woodland caribou and the rights of aboriginal Peoples.

The FSC standard offers a solution for Canada to properly implement its commitments to both the Nagoya convention for biodiversity protection and the UN Declaration of the Rights of Indigenous People (UNDRIP). By submitting formal comments to the new action plan, FSC Canada hopes to cooperate with the federal government in reaching the 2020 biodiversity goals. 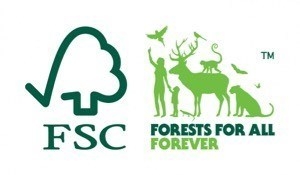