Feb. 22, 2017 - The 12,000th Ponsse forest machine was handed over to the customer on Feb. 21 at Ponsse's Vieremä factory. The Ponsse ScorpionKing was received by French family company Sarl NC Bois based in Trémilly.

“We have co-operated with NC Bois for a decade and I am very glad to be celebrating the 12,000th forest machine with our French customer. Last year was our best year of operations in France of all times, and our market share in France has developed positively. Furthermore, this milestone is for us as a Finnish company a great beginning to Finland's centennial year,” says Jarmo Vidgrén, Ponsse's sales and marketing director.

At the moment, a new Ponsse service centre, which will be opened in the spring, is being built in Labouheyre in southern France. The service centre is a part of this year's large investments in the service network and development and expansion of the production facilities. This year, new service centres will be completed in Ponsse's subsidiaries in the UK, Uruguay and France.

In France, Ponsse has three of their own service centres and some authorised service partners. The subsidiary Ponssé S.A.S. has been responsible for Ponsse's operations in France since 1996.

Family business as an asset

Sarl NC Bois is a harvesting company established by two brothers, Nicolas and Mickael Cuny. The company started operating in 2007 with a used Ponsse HS16 harvester. In 2008, the brothers' father Claude Cuny joined in the business, and the following year, even a third brother, Billy Cuny, joined in. On an annual basis, Sarl NC Bois harvests and buys 50,000 m³ of wood with net sales of over EUR 2 million.

“Being a family company is an important asset for us,” Nicolas and Michael Cuny say.

The company can be described as a pioneer in machine acquisitions in France. In 2009, the company acquired the first eight-wheel Ergo in France, and the Ponsse ScorpionKing harvester acquired in 2014 was one of the first in France. At the moment, NC Bois is logging with ten Ponsse machines.

In total, Ponsse has manufactured about 450 Ponsse Scorpion harvesters that came into production in 2014, and has delivered machines into 20 countries. 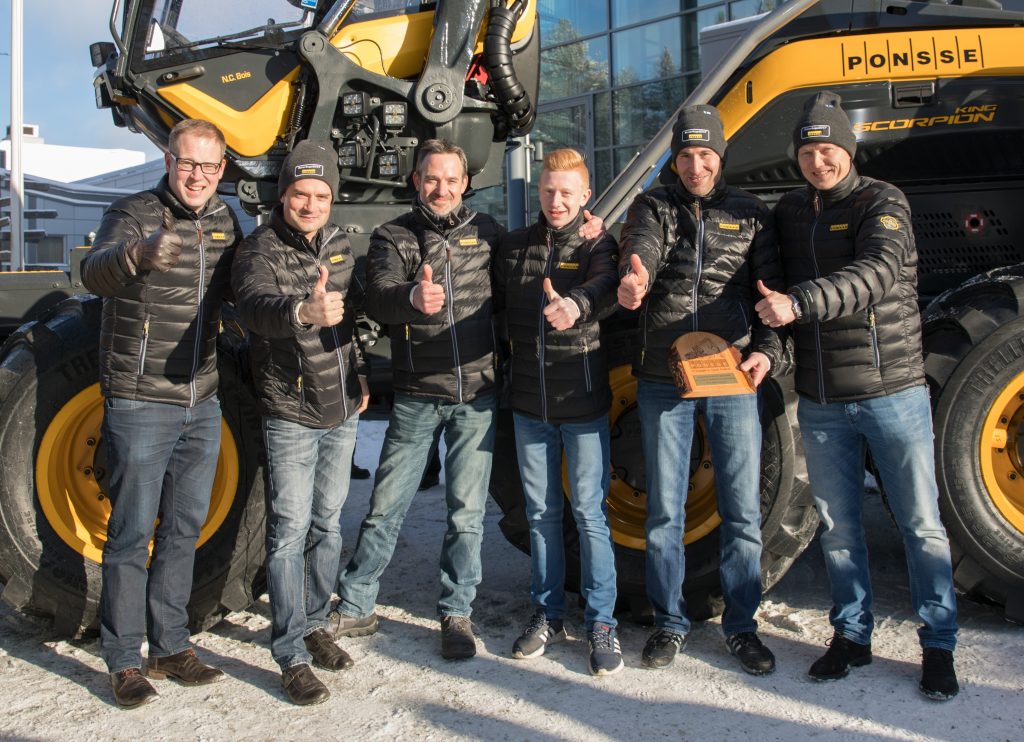