Since 2007, the price tag on a new Class 8 logging truck has gone up by nearly $20,000, thanks mostly to the cost of complying with government-imposed emissions mandates.

Exhaust gas recirculation (EGR), diesel particulate filters (DPFs), diesel exhaust fluid (DEF) and selective catalytic reduction (SCR) are a few of the acronyms truckers have had to add to their vocabularies, all in the name of saving the planet from harmful pollutants such as NOx and particulate matter. All those technologies came at a significant cost, and adding to the heartache, some of the earlier emissions mandates carried the double whammy of higher costs coupled with worsened fuel economy performance. That trend was reversed with the introduction of SCR in 2010, but if you think regulators are willing to stand pat and turn their attention elsewhere, think again.

Truck owners will incur their next round of higher costs when ordering trucks built after Jan. 1, 2013, due to new on-board diagnostic requirements. Additional sensors will be required to ensure the emissions-busting systems introduced in 2007 and 2010 are functioning properly and the air leaving the smokestack is as clean as it should be. This will deter tampering with the technology and will alert a truck owner to any failures within the emissions system. The cost for this will be anywhere from $750-$1,000 across the board, and OEMs are warning customers to get their orders in early to avoid the latest charge. The price increases will likely come in the form of “non-negotiable” emissions surcharges. This latest expenditure may be enough to encourage fleet managers or owner/operators to put in an order early if they’re planning to replace vehicles in the new year.

GHG Next on the Radar
With NOx and particulate matter reduced to near-zero levels – in some cities, the air leaving the smokestack may be cleaner than the external air – regulators are turning their attention to greenhouse gas (GHG) emissions.

The U.S. Environmental Protection Agency (EPA) and National Highway Traffic Safety Administration (NHTSA) have jointly developed new greenhouse gas emissions rules, which will be phased in between model year 2014 and 2017 Class 8 trucks. They announced the new rules in August 2011, and not to be outdone, Environment Canada said it would come out with its own set of rules to mirror those in the United States.

The new regs aim to slash GHG emissions by 17 per cent by the year 2020, using 2005 levels as a baseline, which will be equal to removing 650,000 passenger cars from the highway. It’s an ambitious goal, and one that may prove to be difficult to administer.

Fortunately for truck owners, the burden of compliance with the new rules will rest with the OEMs, who will have to ensure a certain percentage of their overall build complies with the GHG targets when the trucks leave the factory.

Truckers could also benefit from improved fuel economy, since fuel consumption is closely linked to GHG emissions. Regulators have said any cost increases brought on by the new rules will be recouped by improved fuel economy within a year. But any potential fuel savings will be muted in applications such as logging, where much time is spent at low speed or at idle, and off-highway.

Regardless, the new regulations will certainly impact end users, who may be discouraged from, or financially penalized for, buying that classic-styled long-nose tractor they know and love. Fortunately, the GHG regs have been broken into separate categories based on application. A log truck won’t be required to attach trailer fairings, which would serve no purpose in the bush.

For vocational truck operators, initially they’ll only be required to spec’ low rolling resistance tires, but even that won’t sit well with some operators. Traditionally, loggers choose tires that are not designed for maximum fuel efficiency, but rather for chip and cut resistance and traction. OEMs will need to encourage the adoption of fuel-efficient low rolling resistance tires in order to meet the requirements of the new regulations. That’s not to say you won’t be able to buy a long nose conventional truck fitted with open shoulder, deep lug tires – you’ll just have to pay more for the privilege.

“It’s really on us (to comply),” says Alan Fennimore, vocational truck marketing manager with Kenworth. “If we don’t sell enough GHG-compliant vehicles in a year and we’re short 10 vehicles, it’s on us to retrofit those vehicles and to force owners to change their vehicles to become compliant and to put us into a neutral state.”

Tires will be scored based on their fuel efficiency and will be assigned either positive or negative credits. To comply with the GHG14 standard, the truck will need to be in a credit-neutral or credit-positive state when it leaves the factory. The intent is for the truck to remain that way, but it remains to be seen what will be done, if anything, to prevent a dealer or customer from swapping out the tires for a preferred design that’s less fuel-efficient.

“That’s the question of the day,” says Stephen Laskowski, senior vice-president of the Canadian Trucking Alliance (CTA). “When you read the U.S. rule, which is far more detailed in terms of enforcement, their general direction is that when a GHG-certified vehicle is delivered from the factory to the retailer and then to the consumer, it was EPA’s stated goal that the vehicle’s performance stays intact, meaning the equipment stays on board. But how do you go about enforcing tires? That remains an open question.”

“For the life of me, I can’t see how they’re going to audit this,” adds David McKenna, director of powertrain sales with Mack Trucks. “They trucks we build today, once they go out in the field, customers take fairings off, they lengthen the wheelbase . . . all that stuff impacts our original GEM (greenhouse gas emissions) models.”

Will we see Environment Canada enforcement officers crawling through the bush, inspecting tires? Not likely. But theoretically, GHG-compliant trucks are meant to stay that way through their life cycle. The CTA’s Laskowski is hopeful that fuel savings delivered by the low rolling resistance tires will be incentive enough to leave them on and eventually replace them with similar models.

“If it’s getting better fuel economy, why would the owner of the truck want to mess around with that?” he asks.

Navistar Shifts Gears
On another emissions-related note, Navistar International, the lone truck and engine manufacturer to pursue EPA2010 emissions targets without the use of SCR and DEF, has had to pull the plug on its controversial Advanced EGR strategy, which would have eliminated NOx in-cylinder with no exhaust after treatment.

The company, which was adamantly opposed to requiring its customers to add a second fluid (urea-based DEF is a necessary ingredient for SCR systems), was unable to get its engines certified before running out of credits it had earned for being cleaner than required in previous emissions go-rounds.

This is significant for truckers, as it means all manufacturers will now use SCR and DEF. The good news is, SCR has worked really well since all other manufacturers introduced it in 2010 and it has proven to improve fuel economy to the tune of about five per cent. It’s not such great news for Navistar, which had spent years and countless millions developing its A-EGR engine technology. Navistar’s chairman and CEO Dan Ustian paid the ultimate price for the gamble, as he was replaced in the corner office soon after the new strategy was announced.

International truck customers who want to get their hands on the last of the non-SCR vehicles should act soon. The company can continue producing and selling non-compliant engines by paying non-conformance penalties and redeeming the last of its emissions credits. In the new year, however, International MaxxForce engines will combine EGR with SCR in what International has dubbed ICT+ (In Cylinder Technology Plus). It has also made amends with Cummins, whose engines it stopped offering when Cummins too, announced it was changing course to adopt SCR, ­ but Cummins did so in 2008, well ahead of the 2010 standard.

The Cummins ISX15 will be offered in International trucks beginning in January, which will be welcome news for International customers who have been without a 15-litre option since 2010. Navistar hasn’t yet decided whether or not it will continue development of its own MaxxForce 15.

Complicating matters is the fact Navistar is the engine supplier for Caterpillar’s new CT660 vocational truck, which could eventually prove popular with loggers. If Navistar abandons its own 15-litre engine project, will we someday see a Cat truck with its longtime rival’s ISX15 engine under the hood? It seems unthinkable, but crazier things have happened. Or have they? 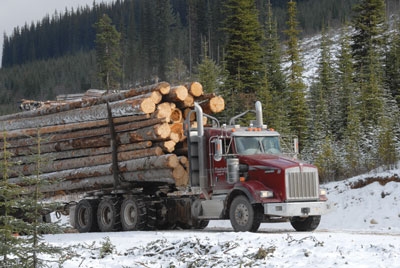 Truck owners will incur their next round of higher costs when ordering trucks built after Jan. 1 Since 2007
Print this page