Hardwood pallets were destroyed in the fire, according to reports. Centre Wellington Fire Chief Brad Patton told the Guelph Mercury the damage cost is approximately $2,000.

The fire is being considered suspicious by police.

There were no injuries reported. 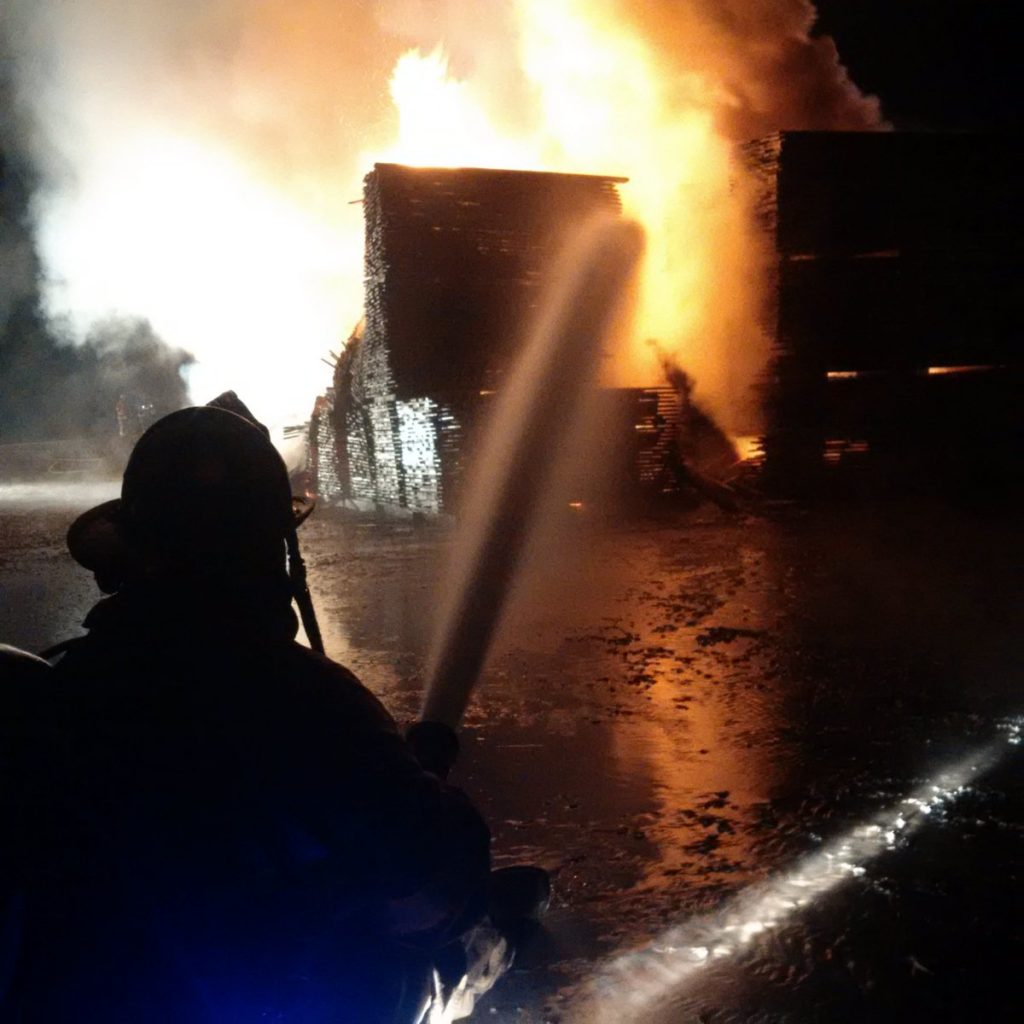 A firefighter puts out flames at the Herwynen sawmill fire in Centre Wellington on Nov. 16
Print this page