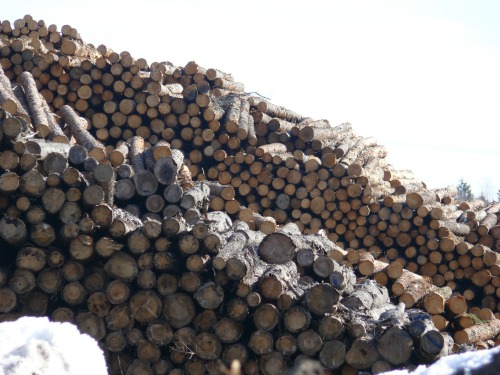 Leah White is a partner in Grant Thornton LLP’s business services practice focused on risk management, organizational effectiveness, and process improvement applying to organizations across a wide range of industry including softwood lumber companies. She is also a member of the company’s softwood lumber working group.

Georg Ernst is a senior manager in assurance services for Grant Thornton LLP and comes from a family of timberland owners in Nova Scotia. The forest product industry, he says, is near and dear to him.

Q: Can you explain the pattern that is the U.S.-Canada dispute over softwood lumber?

Leah: Since this all began back in 1982, it’s really about the U.S. perception that Canadian softwood lumber companies are unfairly subsidized. In 1986, the U.S. became more aggressive in terms of how it applied its trade law, particularly with regard to natural resource cases. The voice of the Coalition for Fair Lumber Imports (the U.S. lumber industry coalition) became much stronger and much more visible to the U.S. government in terms of what the position should be on Canada and U.S. trade dealings over softwood lumber. So tariffs began to be lobbied back in 1986.

Once a tariff is put in place and imposed by the government, Canada can choose to appeal it – and we have done that historically every time a decision has been reached in the U.S. – either to what would be now a NAFTA panel, or a panel of the World Trade Organization.

The U.S. continues to push its high-tariffs position, then Canada appeals and is successful, then an agreement is reached that is somewhere in the middle between what the two were looking for.

Over the past couple of times, the U.S. has ended up returning money to Canada as a result of the negotiated deal, but there is no penalty that is imposed on the U.S. In March 2006 ruling, the U.S. only had to return $4 billion of the $5 billion it had charged in total duties – so in essence they were $1 billion better off than if they had not charged a tariff at all. Because the U.S. has no incentive to not continue to appeal and push its position, this pattern has repeated itself time and time again.

Q: What are the conditions now that will either continue that pattern, or possibly break it?

Leah: The underlying causes are still there – it’s still cheaper to harvest and export lumber here than it is in the U.S. So by virtue of that fact, the U.S. will continue to push its position regarding unfair subsidies. The big shift since is a global trend towards protectionism and that’s likely going to make this a much lengthier dispute compared to the ones we’ve seen in the past. It’s not a guarantee but it seems to be pointing to that direction.

Q: What does the election of Donald Trump in the U.S. mean for the SLA negotiations?

Leah: Attention has shifted to the transition of power, which is probably going to slow things down a bit. There will be, like any governmental transition, some form of shift in policies in terms of how the U.S. chooses to interact with other countries, particularly in terms of trade deals. We’ve seen a lot of different positions being put forward around renegotiations of trade deals, whether that’s NAFTA or the Trans Pacific trade deal. So it’s very possible that any trade deal we currently have, the NAFTA trade deal, may change; it may change significantly and it may disappear entirely depending on the direction of the new government.

We haven’t heard that [the SLA negotiations] have stopped, so I would assume that it’s ongoing, but I just haven’t heard anything to the contrary.

Q: We’ve seen several large Canadian lumber companies over the years invest in U.S. operations, likely in anticipation of U.S. tariffs on Canadian imports from the expiry of the SLA. Are smaller softwood lumber companies in a more precarious position compared to larger companies?

There’s a big difference in the customer mix now than what there was last time [in 2006]. Some mills have done a good job of finding other export markets beyond the U.S. so those mills might fare a bit better as well.

Q: What are some proactive steps that Canadian producers, large and small, can take to brace themselves for the fallout from failed SLA negotiations?

Georg: It all ties back to financial health – so really paying a lot of attention to improving profit margins and managing their working capital so they can find cash to fund tariffs that may come into place. Look at their product mix and their customer mix and look if there are any opportunities for diversification away from the U.S.

One of the keys as well is proactive communication with the stakeholders, including banks, shareholders, suppliers and employees. They want to make sure they are keeping everybody up to date on what their plan is to deal with any tariffs they have to fund from cash flows.

It’s not just the mills that need to think about what this means to their business. The loggers, the suppliers, the truckers and road builders, all the support that feeds into the whole log supply, those companies need to pay attention to this as well and think about what it means to their businesses, who they are selling to, and their product mix.

Leah: It’s important to think about how long this dispute could last. Think about how long you’re going to have to survive with these reduced margins. Is your business set up to survive over that longer term? Preparing financial projections to see what your business is going to look like year over year under a variety of assumptions would be very useful to softwood lumber companies at this point in time.

The lobbying voice in the U.S. has been very effective in terms of advancing its position politically. In Canada we have to think about all the different costs, legal challenges and things like that, that might be easier for companies to bear if it was being born by a more unified voice as opposed to each individual company. There could be benefits to having that unified voice – it’s really up to the industry what form they might want that to take and what would be most effective here in Canada.

Q: What is the worst-case scenario that producers should be planning for?

Leah: You never really know what could happen coming out of anything like this, but Canada has been lucky in the past in the sense that our position has been supported by appeal panels. Probably the worst-case scenario would be that the U.S. takes its aggressive tariff position and that it doesn’t get overturned on appeal.

It’s also very dependant on whether or not NAFTA remains a factor in the appeal process as well, so that could play into the lengthiness of the process overall.

Q: What is the best-case scenario?

Leah: It would be the direct opposite. You’d want an agreement reached quickly, and you’d want the terms to at least be comparable with the previous agreement from a Canadian perspective. The issue with that is with the global protectionist movement, it’s probably not realistic to expect better terms than what we had before. Similar terms are probably what we’d be looking for at this point in time.

This interview has been edited and condensed.