Industry News News
What to expect at the Montreal Wood Convention

Dec. 16, 2016 - The Montreal Wood Convention began as a way to bring together professionals within the wood products industry. The main goal was to provide an event that would foster connections between people on both a North American and global platform.

“It’s really the concentration of lumber buyers, which you cannot find anywhere else in Canada,” says the Quebec Wood Export Bureau’s softwood manager, Sven Gustavsson. He adds that most flock to the convention from the U.S. and Canada, although it also welcomes people from overseas.

The upcoming conferencewill be the fifth one sincethe  convention began as a result of a collaboration between provincial forestry associations.

The Quebec Wood Export Bureau is one of four collaborators of  the convention, along with the Quebec Forest Industry Council, the Maritime Lumber Bureau and the Ontario Forest Industries Association.

“It’s really a joint effort by industry associations in Ontario, Quebec and the Maritimes. The fact that it’s held in Montreal is because of a long tradition that dates back to, I believe 1908,” Gustavsson says. “It’s done in Montreal, Que., so it was natural  that one of the Quebec associations took care of the practical organization of the event.”

Gustavsson says goers can expect larger crowds than previous years, more variety in events and the chance to meet a number of suppliers and potential customers.

The 2016 convention brought out approximately 750 professionals and more than 90 exhibitors.

“It’s also a very good event for suppliers of services and  equipment to the industry,” Gustavsson says.

“Of course, we have a number of high-quality speakers who are going to speak on quite a wide range of subjects touching the industry,” he says. Adding that the speakers will also offer five-year industry outlooks and analysis of the trade currently.

The place of wood in the future of furniture and flooring
The Montreal Wood Convention is organizing a seminar on the place of wood in the future of furniture and flooring products. The first conference will focus on global trends in the furniture industry. Alessandra Tracogna, director of country analysis and forecast unit at the Center for Industrial Studies (CSIL) in Milan, Italy, will talk about wood species and materials, lower production costs and customization of local production. Next, Michael Martin, CEO of the National Wood Flooring Association, will explain the challenges facing the North American flooring industry from these following perspectives: solid wood vs. engineering products, overseas production vs. "Made in America" and environmental quality of wood vs. other materials. The seminar will take place on Tuesday, March 28, 2017, starting at 2 p.m. at the Bonaventure Hotel Montreal. It is possible to register only for this seminar, or for all convention activities.

Economy Conferences at the Montreal Wood Convention
Conferences on economy, markets and marketing are back at the Montreal Wood Convention with renowned speakers for the 2017 edition. Hamir Patel, director, paper and forest products, institutional equity research, CIBC Capital Markets will make a review of the markets. Robert Glowinski, president and CEO of the American Wood Council, will discuss the potential for increased wood based construction. Finally, the presentation by Werner Kurz, senior scientist at the Canadian Forest Service of Natural Resources Canada and member of the Intergovernmental Panel on Climate Change will discuss the potential role of the forest sector in climate change mitigation or capturing carbon by using wood.

The Montreal Wood Convention will be held from March 28–30, 2017 at the Hotel Bonaventure Montreal. 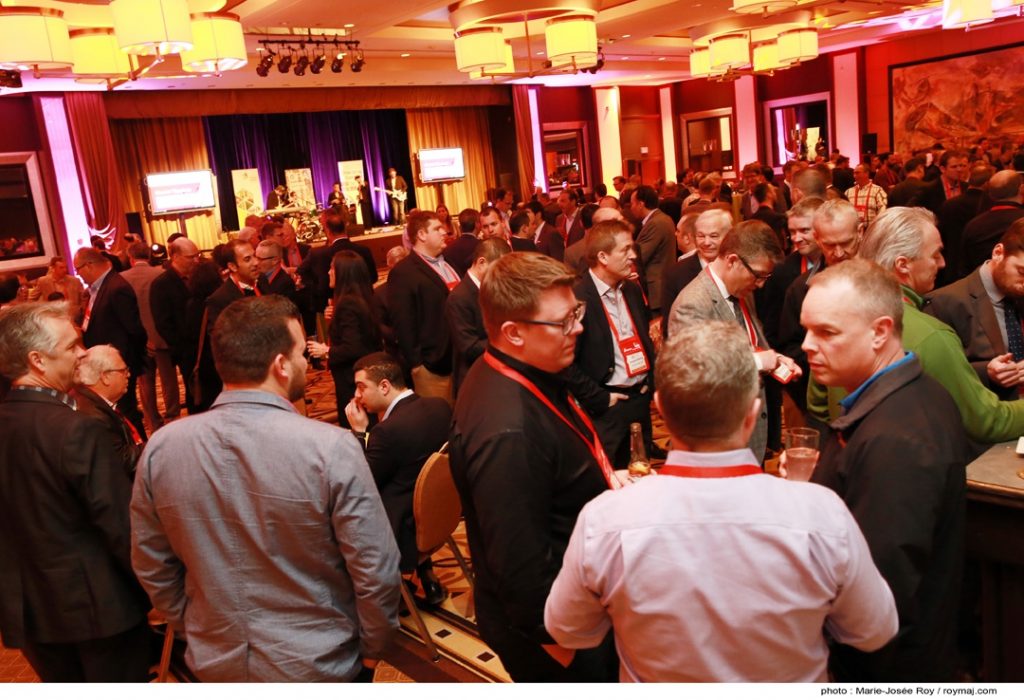